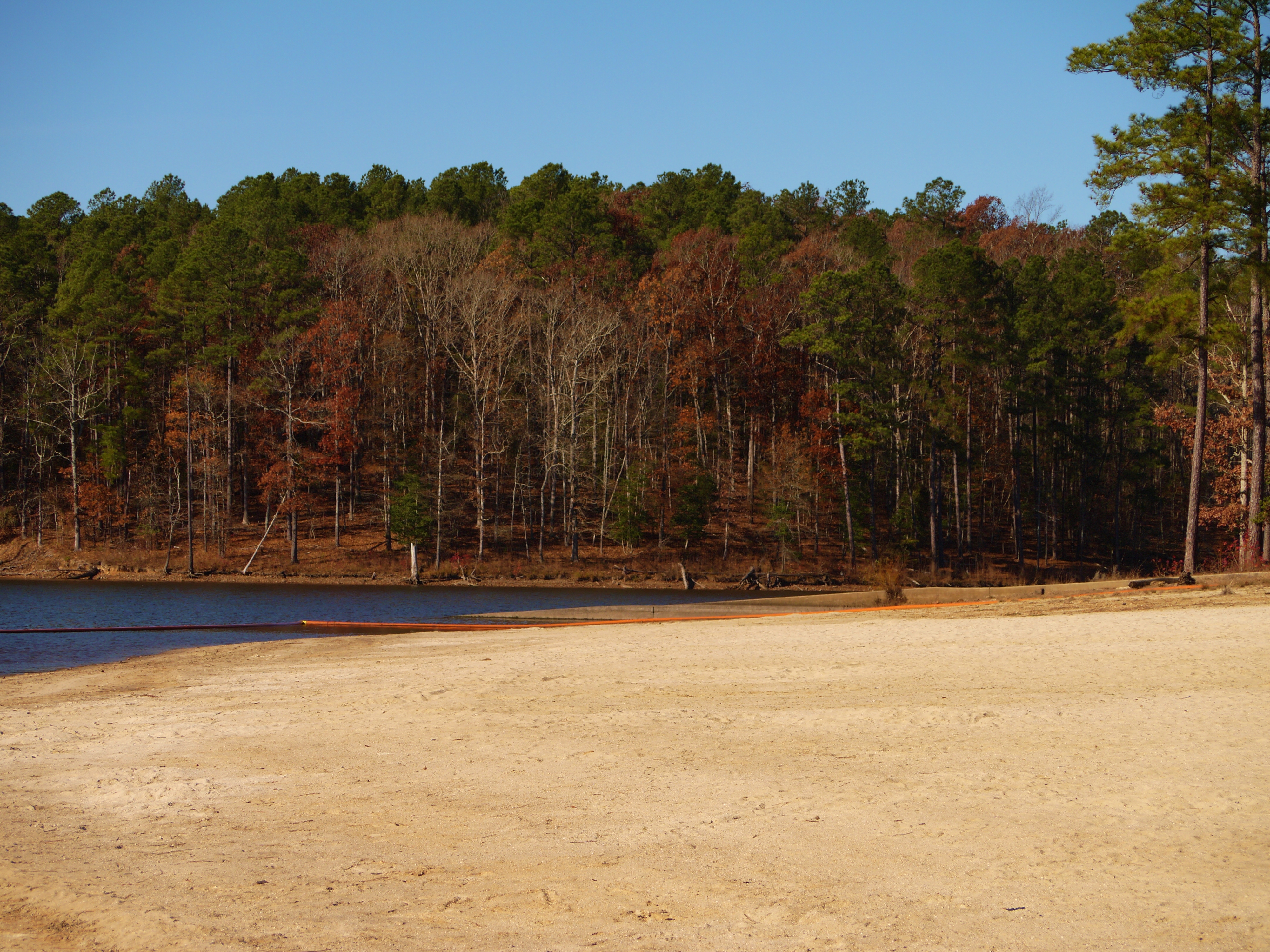 North Carolina weather confuses me. One day it’s seventy degrees and humid, and a mere two days later it’s 35 degrees with a howling wind. This past Sunday was just such a frigid day, and two friends and I officially declared that winter had arrived as we layered up, pulled down our hats, and set out to explore the US-50 boat ramp entrance and the Beaverdam beach of Falls Lake. Road trip! I have been to Falls Lake before, spending an afternoon exploring a grassy dam and a muddy shoreline, but this morning was much different than I remembered.  As we descended the stairs from the first parking area the wind was so cold that my fingers and nose froze mere seconds after we left the wind-break of the treeline. Luckily the sun was out, and a few remaining fall leaves lit up the woods. Fewer birds and even fewer people were about; a few gulls and cormorants for the former and two plucky fishermen for the latter. Far off in the distance a group of Canada geese and some unidentifiable waterfowl floated gently on the waves, but they were too far to really see and our eyes were watering from the attempt. Still, the cold had an invigorating effect on us all, and we jumped back in the car to head to Beaverdam with renewed enthusiasm. Pulling off US-50 and driving to the parking lot, we shared the shoreline with no one. Past an empty playground and picnic area we plopped down on an equally empty beach. The wind had been broken slightly by the trees and the angle of the beach, so we were more comfortable and better prepared to really look around us. Goose and deer tracks covered the sand, indicating that the only creatures that had been sunbathing in recent days were of the ungulate and avian varieties. On the opposite shore whitecaps rose and broke against the land.  A lone cormorant sunned itself on one of the floating swimming boundaries, but other than that we were completely alone. It was an interesting feeling, and so different than how crowded that little spot of beach probably is during the summer. Would great blue herons feed along the shore, like a few of their long footprints showed us?  Perhaps they would not, scared off by the human swimmers and sunbathers – a subspecies all their own. Feeling the cold again, we quickly walked through the woods, stopping only to admire some of the last gasps of amazing fall foliage. Though the first day of winter isn’t until December 21, we definitely felt the first chilly gusts of the long season ahead of us. Still, if cooler weather still means sunny skies and the state parks all to myself, I might not mind the change. As we drove back to our apartments and prospective studying, a billboard for the Cook-Out drive through caught our attention. I had still never been to the famous southern chain, though I had driven by about a million Cook-Out signs on a weekend road trip to Georgia. Despite the cold the word “milkshake” particularly caught my eye. Funny how advertisements work: one minute after passing the billboard on a blustery day and I was suddenly craving a frozen treat. I turned to my friends and realized they were thinking the exact same thing! What’s the best way to end a cold Sunday morning road trip? My first experience with a Cook-Out milkshake, complete with a hot-dog and salty fries.