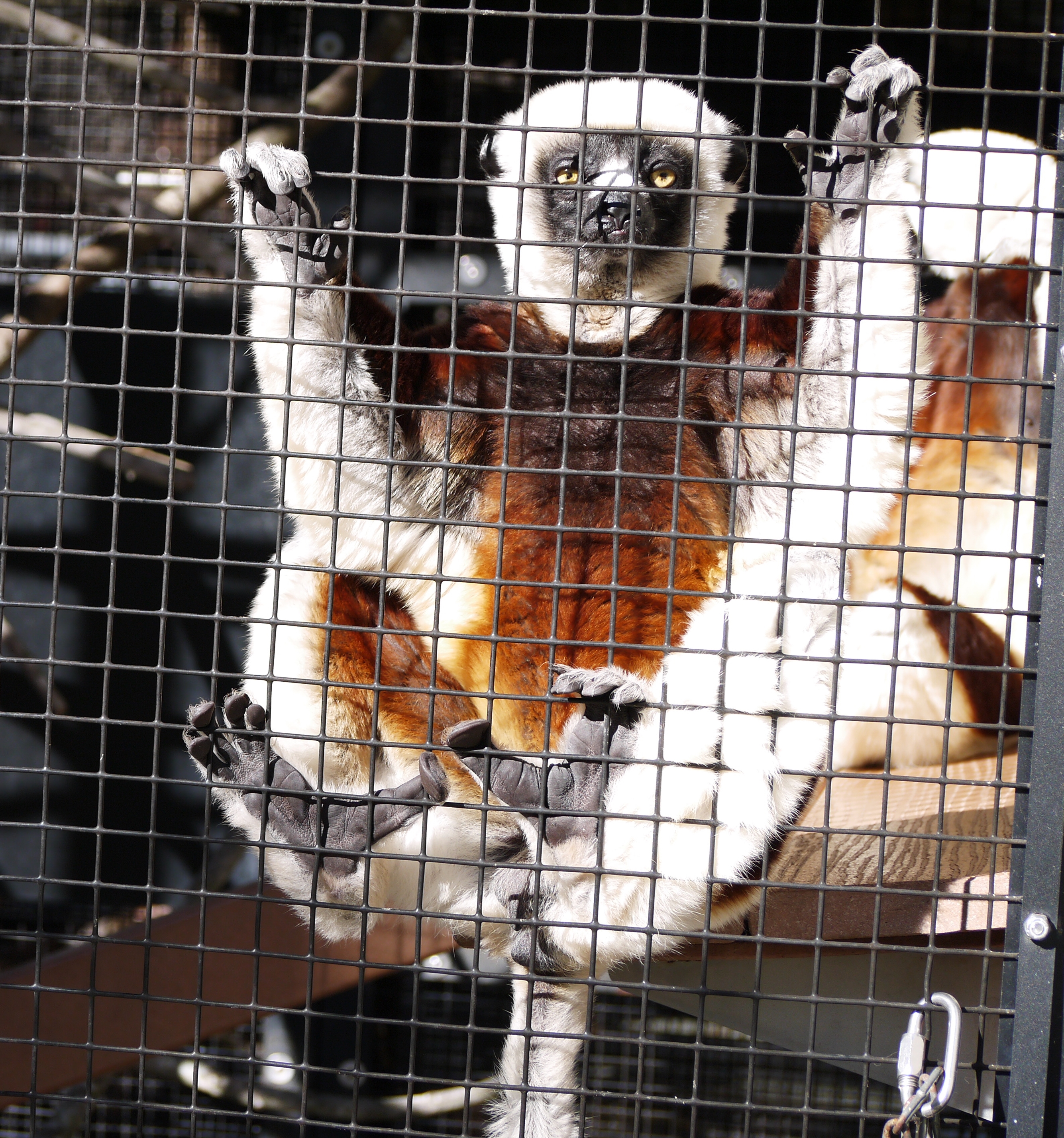 It was chilly when I pulled up to the Duke Lemur Center. I’m from Maine, so normally when cold confronts my daily activities I actively fight back by layering jackets and hats and scarves and gloves and whatever it takes to keep Jack Frost from nipping my nose. Today though, the cold would affect a very unique Duke population: the lemurs.

My friend had signed me up for an afternoon tour of the Lemur Center, which boasts the highest concentration of lemurs outside of Madagascar. Though not all the lemurs are available for visitors to see, the Lemur Center does run daily tours, as long as participants sign up in advance. My mother was still visiting, and the two of us were the only people signed up on what had become our very own private tour!

The cold prevented most lemurs from venturing out of their indoor enclosures, but not all of them. A ring-tailed lemur and two Coquerel’s sifaka lemurs sat in the sun, Buddha-style, warming themselves in a very human-like position. Though lemurs are more distantly related to humans than chimps, for example, the sifaka species unmistakably remind me of people. Perhaps it is their hairless faces, or the way they sat with their hands around their knees like a couple of teenagers, but a human essence was definitely there.

As we moved inside, we watched a group of black and white ruffed lemurs leaping back and forth from room to room. When I say leaping, I mean leaping. They launched themselves from perch to perch with such effortless grace and accuracy that they almost looked like they were flying. Their tails were long and furry, though one was shaved about an inch halfway along its tail. When I asked our guide why, she told us matter of factly that they had one set of twins, and the only way to tell them apart was to shave one of their tails! Clever, very clever.

We toured the rest of the enclosures along the outside, watching the few lemurs that ventured out into the chilly air. When we had had our fill of staring into the lemurs’ eyes, our guide showed us into the nocturnal house. The three species of nocturnal lemurs in the house, aye-ayes, mouse lemurs, and fat-tailed dwarf lemurs, were on a reversed clock: in the daytime their homes were kept dark so that they would be active, at night the lights were switched on. Though the Coquerel’s sifaka were my favorite lemurs of the tour, the furry fat-tailed lemurs – which could have fit into the palm of my hand – were a close second. I can’t help saying it, they’re so cute!

Far beyond being cute, the lemurs are a critical component of research here in the Duke Community. Undergrads, graduate student, PhD’s, and professional researchers practice observation and non-invasive experiments to learn more about lemurs, but also about people. Some species have shown symptoms of Alzheimer’s, and are now being studied to learn more about the disease in humans. Furthermore, the lemurs are part of a national breeding program to maintain a robust genetic pool. Someday, it is the hope of the staff here at the Duke Lemur Center that some of the lemurs can be released back into Madagascar once the country slows or halts the massive deforestation threatening lemurs today.

This will not be my last trip to the Lemur Center. I have two more already in mind: the first in the winter, when the baby lemurs are being born, and the second in the summer, when many of the lemurs are let out into the biggest enclosure of all: a swatch of forest where they can climb trees, interact with each other, and just be lemurs. One visit is definitely not enough!