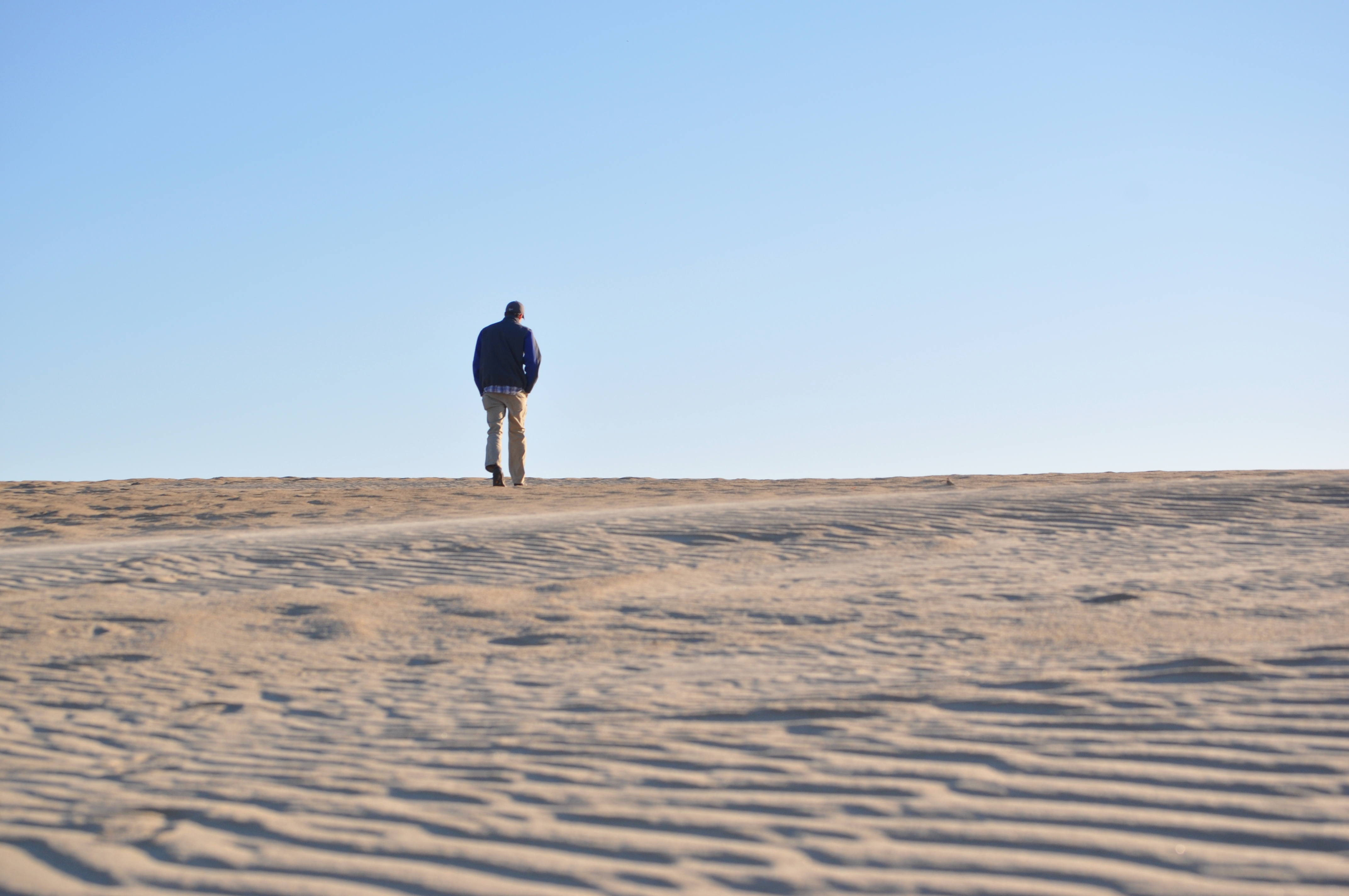 I had heard the hype about the Outer Banks. Books, movies, articles, and word of mouth all led me to believe that the Outer Banks was one of the most beautiful places south of the Mason-Dixon line. You know what? They were all exactly right.

Okay, it was supposed to be 8 a.m., but I am one of those unfortunate souls whose sense of direction is so nonexistent that without a GPS I will turn the wrong way one hundred percent of the time. Since my phone insisted on updating, I was forced to wait in my parking lot until I could once again turn on my map application, resulting in a ten minute delay. Oops. In my general morning rush I had also forgotten my camera battery. Luckily my friend Audrey brought hers and took some of the gorgeous photos seen below!

11:45 a.m. Arrive in the Outer Banks at the Pea Island National Wildlife Refuge.

Despite being touted as one of the premier birding destinations in North Carolina, I had my doubts. It was cloudy and windy, and from the parking lot I could only see a few vague shapes in the distance. Yet, when we emerged onto the path surrounding the refuge’s inland waters, my eyes widened and my mouth fell open as I realized that those were not blobs, but Tundra Swans! I had never seen a wild swan before, and let me tell you they are much more breathtaking than their domesticated cousins.

The refuge was positively filled with birds. We traced a border along one of the large ponds, while taking advantage of the various look-out points to gaze over at a second huge marsh that contained as many waterfowl as I had ever seen in one place. There were American White Pelicans, Buffleheads, American Black Ducks, Northern Shovelers, Northern Pintails, Red-breasted Mergansers, Hooded Mergansers, Great Egrets, Great Blue Herons, White Ibises, gulls, and of course, my Tundra Swans, who breed in the  arctic tundra before making the long migration down to eastern and western shorelines. We climbed the bird tower for an aerial view, and accidentally flushed Yellow-rumped Warblers from the low-lying trees.

My favorite bird of the marshes, however, took us a few minutes to recognize. We were on our way back to the car, photographing a pair of feeding egrets in the marshes. Glancing to one side, we suddenly saw, well, we had no idea. Black and white shapes were moving rapidly towards our post on a wooden observation deck, but we could see no sign of a head on any of these creatures. According to the brochure, the refuge did not feature walking-dead zombie birds. Crowding to the corner of the railing for a better view, we finally caught sight of a long, dark, curving bill attached to a pure white head. My friends called it out first, “An American Avocet!” The group of avocets was in a feeding frenzy, submerging their long bills into the water and mud in search of invertebrates to feast on. Their movements were so coordinated, so impossibly elegant, that at times the flock seemed to be one organism.

1:00 p.m. Cross the road and enter the dunes and beach of the Pea Island National Wildlife Refuge.

If I was bowled over by the marshes of the refuge, I was floored by the beach. Stretching in both directions as far as the eye could see, the bright sand was dotted with seashells and Sanderlings, small shorebirds who race against the waves. The sun emerged from behind the clouds and rapidly warmed us, making a mockery of the many layers we had deemed necessary when first entering the refuge. We sat on the sand and watched the terns, gulls, and impossibly intimidating Northern Gannets rise and plunge into the waves below. Behind us, the gentle incline of the beach curved steeply upward, creating the grass-topped dunes that typify the Outer Banks.

Though it was difficult to drag ourselves away from the beach, we had one more stop: Jockey’s Ridge State Park. Only a few miles down the road from Pea Island, Jockey’s ridge is home to “the tallest sand dune on the Atlantic coast.” The dune is so large that it seemed to swallow us completely, surrounding my friends and I with the harsh but stunning desert topography so characteristic of say, the Sahara, not North Carolina. We climbed the dunes as the sun began its descent, letting the wind whip our hair as we watched the light make patterns on the sand. Though we took a turn around the water’s edge below the dunes, it is the massive hills themselves that come to mind when I think of the park. Jockey’s Ridge is also home to a hang-gliding school – who knew?

4:30 p.m. Check into the hotel (which was way cheap in the off-season) and prepare to finish homework, swim in the pool, eat dinner, and prepare for Day Two.

Check out Outdoor Devil next week for Day Two of the Outer Banks trip, featuring the Roanoke Island Marsh Game Land and Lake Mattamuskeet. I thought it was impossible to see more ducks than those swimming at the Pea Island Wildlife Refuge. Lake Mattamuskeet proved me wrong!

3 thoughts on “Exploring the Outer Banks for the First Time: Day One”