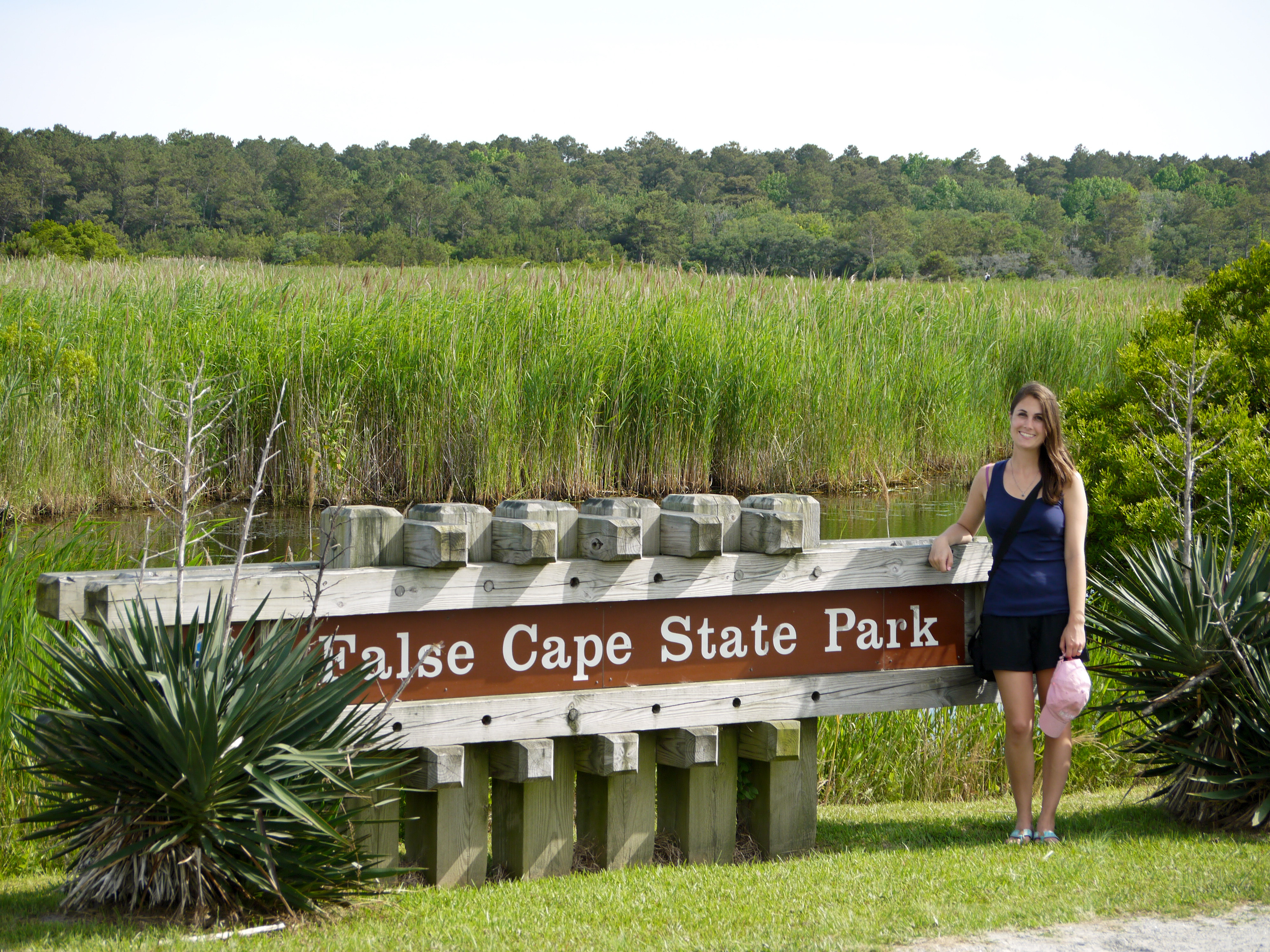 It’s true that one can learn something new every day. While that is definitely the case for me in my environmental studies and summer internship, it is also true for good ol’ common sense. My lesson from last Sunday? Never wear flip flops for a “short walk” around a natural area. What began as a quick peek at the Back Bay Wildlife Refuge in Virginia turned into a 7 mile exploration. Though my feet were sore, I loved it.

My fiancé and I began the walk at the visitor center, then curved through the marshes along the West Dike Trail. The refuge is over 9,000 acres, and includes both freshwater marshes, perfect duned beaches, and patches of forest and meadow on higher ground. It was a very breezy afternoon as we set out, but it kept the bugs and the heat off.

Soon we were deep into the refuge, far from the road, other visitors, and anything but marsh on either side. I was focused on the birds of course, and Great Egrets and Red-winged Blackbirds were plentiful. Almost too plentiful. Have you ever heard the call of a Red-winged Blackbird? While it might start out pretty, the last few notes are a horrible squawk reminiscent of a raspy crow. Still, they were entertaining. There must have been something in the air, for the males were chasing each other all over the trail and the marsh grass.

I usually don’t see mammals on my walks unless I’m very lucky, but that day muskrats were all over the place. Every so often we’d catch a splash in our peripheral vision. If we turned immediately there was nothing to see, but after a few moments a fuzzy head would pop up and make for the opposite shore. I saw more muskrats in my three hours in Back Bay than I have seen in my entire life!

Turtles were also everywhere, poking their little heads out of the water or sunning their shiny shells on partially sunken logs. We accidentally spooked one large turtle who had just managed to pull himself up the steep slope of the trail bank. Sensing us, he quickly hightailed it back down the incline, completely erasing all the heavy lifting he had so recently accomplished! Poor guy, if only we could have told him we meant no harm.

Water snakes were also visible, one on the trail and one actually swimming in the shallow water. I am getting better at appreciating my herpetology finds, but there’s something off-putting about seeing a snake swim. You know I’ll be thinking about that the next time I take a dip into a lake or river.

We walked and walked. Eventually we ran into another sign, this one announcing our entrance into False Cape State Park. In a perfect act of planning, False Cape State Park abuts the boundary of Back Bay on one side. Though their names may be different on a map, the two parks together provide continuous habitat in the midst of a highly developed area along the Virginia coastline. In the summer, sea turtles lay their eggs on the protected beaches. In winter, thousands and thousand of Snow Geese take shelter in the refuge’s waters. If our feet weren’t already alerting us to the tell-tale signs of sore arches, we could have walked around the park and refuge until midnight.

As it was, we turned back, retracing our steps to the visitor center and parking area. I had seen an entire flock of Glossy Ibises on the way out, as well as a Pied-billed Grebe, and numerous swallows. On the way back we were treated to long looks of both an Indigo Bunting and a Blue Grosbeak – both birds I had seen for the first time at my inaugural visit to Back Bay the summer before.

We took one short detour to the shore. Unlike many other nearby beaches, this one was almost entirely devoid of humans. A few fishermen tested the waters, and much farther down we saw the hazy high rises denoting “civilization,” but from where we stood we saw only sand, surf, and a few screeching terns. Unlike other flat beaches, this one undulated, matching the rounded top of the dunes behind us.

Though we reached the car tired and sweaty, I was glowing with everything we had seen. The national refuge system of the United States is truly remarkable, and its placement of the Back Bay refuge right next to False Cape State Park makes it all the more valuable to people and wildlife alike.