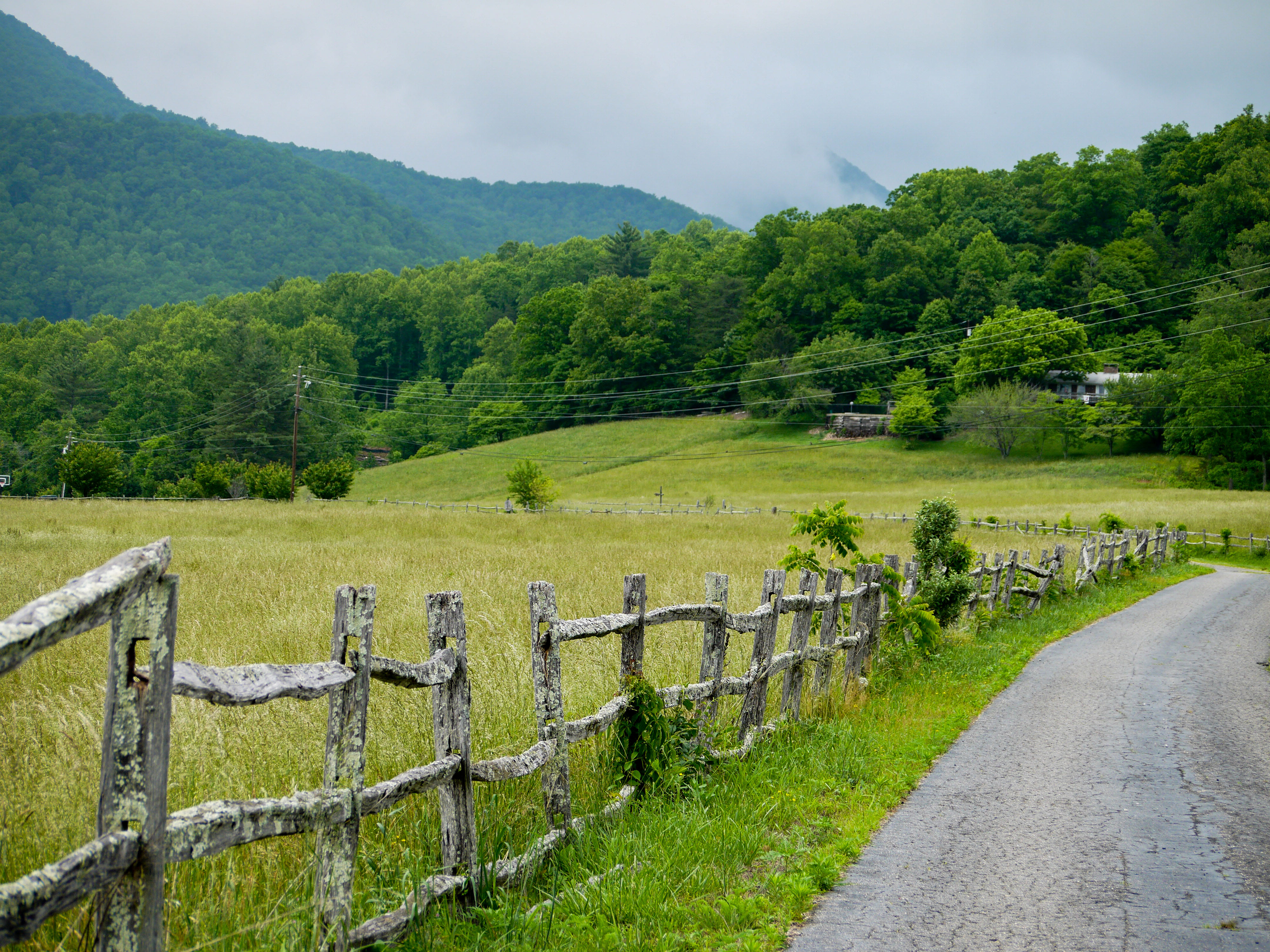 I am officially jealous of my fellow MEM’s who are working in Asheville. Not only do they have cool internships, but I stopped by their awesome new pad and neighborhood over the weekend and was completely blown away by what they can come home to every day this summer.

Now, normally when I say “neighborhood,” one would picture apartments, restaurants, coffee shops – a fairly urban or suburban landscape. Not so for these lucky graduate students. As I pulled into their driveway, I was met with a magnificent view of the surrounding mountains, with gently rolling farm fields in the valley below. A low cloud layer obscured the tops of the peaks, but it was warm with only a light breeze ruffling the tree leaves. In a neighborhood full of buildings and businesses one would explore by window shopping, strolling down city blocks, or sampling different food selections; to explore their nature-filled neighborhood, we went birding.

The best place to start was a set of fields down the road from their home, where we had seen tons of swallows as we drove. Fields are always a good place to see birds as the visibility allows both for interesting species and unobstructed views. Right away we saw a multitude of Red-winged Blackbirds, calling back and forth to each other as they perched on top of cattails. The air was full of blue as well: Eastern Bluebirds sat on power lines and flew across the grass, while Indigo Buntings flitted from bushes to the tall trees that bordered a shallow stream. More American Goldfinches than I’ve ever seen in one place flocked together, periodically sitting on the fences that bordered the road before taking off into the sky. They really are ridiculously bright.

We had been walking along the main road, but turned off onto a quieter side street that eventually led to long driveways. Away from the periodic disturbance of passing car, we had longer looks at both the bluebirds and the goldfinches. A Red-bellied Woodpecker chortled in a tree overhead, followed briefly by a lone Cedar Waxwing. All the birds were fun to watch, but a set of Eastern Meadowlarks quickly stole the show.

I’ve only seen one Eastern Meadowlark in my life, and the males have patterned brown backs and a bright yellow stomach broken only by a black necklace across their throat. Two males sat directly ahead of us on an electrical wire, making a loud buzzing sound and holding what looked like large worms in their bills. Our presence was of no consequence to them, as they were calling and searching for the most important element of spring: a mate. The two we were watching didn’t seem to have any luck, but here’s hoping they met an attractive female later in the evening.

As we headed back, another mammal caught our eye. When we had begun our birding trip the cows had been on the far side of a field adjacent to the road, their shapes merely brown blobs against the green of the grass beneath them. For reasons only known to cows, they had since moved and were now munching contentedly alongside the fence. You forget how big cows are until they’re barely a few feet away, but they had sweet faces and were too busy pulling up clumps of green to pay much attention to us humans.

I was reluctant to slide back into my car to continue my drive home to Durham, but eventually it was time to leave. Yes, with great views and even better birding, my friends have found a pretty amazing place to work this summer!