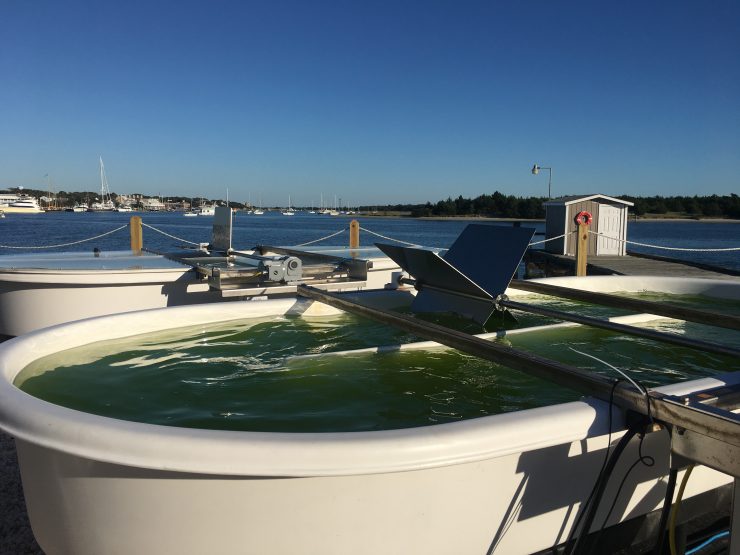 4:30 PM on a Friday at the Marine Lab means one thing: MMISS (pronounced MUH-miss). The “Mostly Marine Informal Seminar Series” precedes happy hour and consists of a short presentation in the relaxed setting of the DUML Boathouse.

Most presenters are from Duke, but community members and researchers from other local institutions (for example: UNC IMS, NOAA Beaufort Lab and NC State CMAST) are also encouraged to present. MMISS presentation topics vary widely (hence the Mostly Marine). Examples include: a PhD student discussing her field work plans; a visiting scientist explaining the research conducted at their home institution; a practice talk for an upcoming conference; tales from a Wildlife Enforcement Officer; a tutorial on a student’s favorite hobby; and many more.

The MMISS coordinators this fall, PhD students KC Bierlich and Greg Larsen, scheduled a semester of insightful and entertaining talks (schedule here). My labmates Courtney Swink, a PhD student, and Bailey Slagle, a postdoc, presented at MMISS last Friday. They set a precedent by giving a walking tour of the Marine Lab’s latest installation: algae ponds.

Mysteries of the Algae Ponds Revealed

MMISS was an opportune time for Bailey and Courtney to explain the algae ponds to the DUML community. “Pond” in this context means an outdoor container used for growing algae. During pond construction, our community had lingering queries about what, exactly, was being built next to the administration building. The ponds are now a conspicuous part of the DUML campus, and many onlookers are likely curious.

In the Boathouse during MMISS, Courtney explained the goals and scope of their project. A consortium of multiple institutions, funded by the Department of Energy, is working on improving the economics behind algae-based biofuels by simultaneously producing higher-value algae products, such as feed for fish and chickens. Courtney and Bailey are part of the Duke team, whose goal is to grow and harvest large quantities of ten different types of marine algae. Teams at other institutions and companies will process this algae to develop the fuel and feed products. Other consortium members are selecting the types of algae to grow, conducting feed trials with livestock, performing economic analyses and more.

After Courtney’s introduction, Bailey led us outside to witness the ponds in action. The bright sun reflected off the green, rippling seawater inside the white enclosures. Members of the Johnson Lab and other DUML volunteers built the ponds in June with help and instruction from MicroBio Engineering, the company from which they were purchased.

We gathered around the platform, which holds three small ponds (37 square feet) and two larger ponds (312 square feet). Each pond is initially filled with filtered and UV-sterilized seawater, and nutrients are added. The ponds are shaped like mini race tracks, with a paddle-wheel that causes water to flow along the track. This paddle-wheel driven movement prevents algae from settling to the bottom (where they would receive less light and other resources) and helps remove excess oxygen produced by the algae.

The Duke team is growing a green alga that was previously identified as promising for biofuel production. Courtney grows the algae in lab before they bring it outside to inoculate the three smaller ponds. “Inoculate” means to add cells to a growth medium, so in this case the algae are being used as “seed” to grow more algae. Bailey explained that the three smaller ponds are then used to inoculate the two larger ponds. They use a high volume of “seed” so that the larger ponds only need to grow for two days prior to harvesting. This short growth period prevents the algae from being infected or eaten by planktonic predators, which is more likely to happen the longer the algae are exposed to the environment. After two days in the large ponds the algae are harvested, which will be done with a centrifuge that spins the algae at high speeds to remove excess water.

While algae biofuels and co-products are promising, mass production is farther off than many people predicted. Most algae biofuel companies have gone bankrupt or switched to more valuable algae products (like nutrition supplements) because algae biofuels are not currently profitable. Improving profitability requires decreasing costs and increasing productivity and value. Choosing algae that can produce valuable co-products, which is a major aim of this project, is a step towards improving algae fuel profitability.