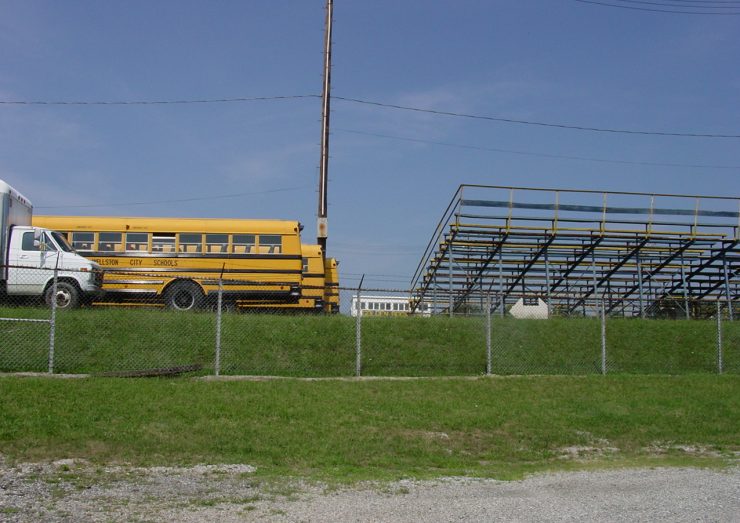 How do you convince stalwart supporters of Donald Trump that climate change is real?

That was the question that James Sutter struggled to answer when he accepted a position as a high-school science teacher in Wellston, Ohio, a onetime coal-producing manufacturing hub with an unemployment rate now two points above the national average. Faced with staunch skepticism from many of his new students, he tried everything he could think of to persuade his class of the validity of climate science. He showed them a climate change documentary; he arranged a field trip to a biology laboratory he even brought in an old Nintendo to demonstrate how scientific progress works.

Amy Harmon, a national correspondent for The New York Times, had the same question in mind when she called Sutter shortly after Trump’s election to propose a story set in his Wellston classroom. Her editor at The Times was pushing her to “probe the political division over climate,” as she put it, and Harmon was drawn to high-school classrooms in conservative districts as a potentially dynamic setting for such a story. “Public-school science classrooms are… a rare place where views on climate change may shift,” she wrote. “There, in contrast with much of adult life, it can be hard to entirely tune out new information.”

Finding a receptive classroom to report on, however, proved a challenge. Many prospective teachers Harmon called wanted to talk off the record, but were wary of opening their classrooms to a reporter. Students’ parents who were themselves skeptical of climate change posed another obstacle. After both Sutter and his principal agreed to participate in Harmon’s story, the school sent permission slips home with all the students in Sutter’s class, even though the students were over 16 and therefore didn’t require parental consent. Some parents opted out on behalf of their children, but most did not. After spending four days observing and talking with Sutter and his students in Wellston, Harmon finally had her story.

Harmon was no novice in covering political controversies in science; she describes her beat as “science and society.” Three years earlier, she had reported a story from the Big Island of Hawaii on a county council bill to ban cultivation of genetically modified crops. The ban had garnered more intense support than any bill ever considered by the council, rankling the scientific community there, which had found no evidence to suggest that the existing genetically modified crops produce adverse health effects. Harmon shadowed a young county councilmember as he studied the issue in preparation for the vote, and eventually opposed the ban—one of just two councilmembers to do so. “I basically followed him as he sorted through all of the fake news [surrounding genetically modified crops],” Harmon said.

In Hawaii, as in Wellston, Harmon sought to educate readers on science through human stories, rather than “hitting people over the head” with the evidence, she said. As a reporter on science and society, she’s often been surprised at the ways in which the former influences the latter. In Sutter’s classroom, for instance, many skeptical students eventually came around to viewing climate change as a serious problem, but not because of documentaries or peer-reviewed research. Instead, Sutter shifted tactics and took his students out to a nearby stream, where the water runs orange, to study the effects of pollution from the local coal mine. “What opened them up to believing in climate science wasn’t exactly on topic,” she said. “It was proof that their environment had been degraded.”

Discovering that the coal industry had contaminated the local water supply, Harmon added, was a “gateway” for students to consider that their town’s biggest industry may have harmed their environment in other ways, too. Even for a global problem like climate change, it turns out, the best education may start with what’s in your own backyard.

This blog post is based on an interview with Amy Harmon conducted in Duke’s Science & the Media class.