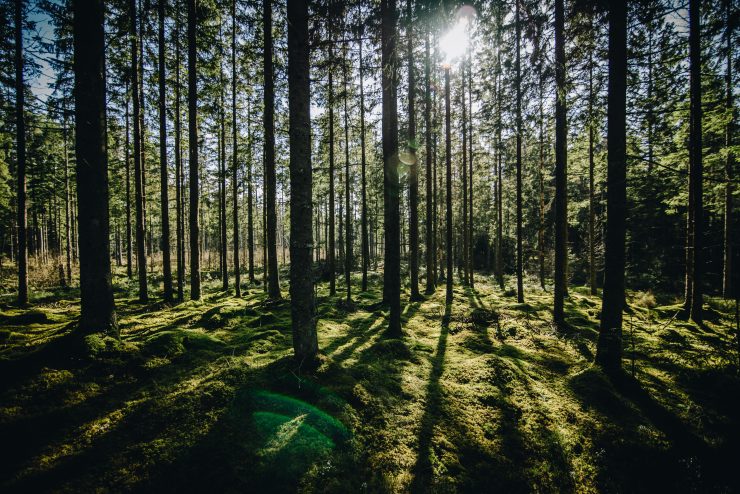 Carbon offsets are a hot topic in the climate community. The Paris Agreement signed in 2015 created a new policy mechanism to support international transfers of carbon credits. A global market for offsets is set to launch for international airlines in 2021. California just doubled down on the role of offsets in its cap-and-trade program to reduce greenhouse gases through 2030, and the Canadian provinces that have partnered with California’s program are now developing their own protocols for offset projects.

Clearly, there is a place in the fight against climate change for carbon offsets—which, for you non-climate-policy-wonks, are tradeable credits that certify a greenhouse gas reduction benefit from voluntary projects like replanting a forest or preventing the destruction of an existing forest. Because many carbon offset projects relate to forests, wetlands and other natural land uses, they also may provide a significant benefit in some areas for the conservation of land and ecosystems. But what role can carbon offsets play in promoting conservation in North Carolina?

That was the question at the heart of my Master’s Project, which occupied much of my available thought space during my second year at the Nicholas School. My Master’s Project group included Leo Wang, with an Environmental Economics & Policy concentration like myself, and Kendall DeLyser and Alison Petro, both dual-degree students with the Master of Forestry program and an Ecosystem Science & Conservation concentration. Our mission: to figure out how The Nature Conservancy, the world’s largest land trust, could accelerate their conservation efforts in North Carolina by developing carbon offset projects on forest land and pocosins (a type of forested peat land that is native to North Carolina’s coastal plain).

Such a complex question required us to employ our full range of skills and specializations. While I researched the policy and market risks that the organization would have to navigate to develop an offset project, Alison analyzed data on thousands of potential project locations in the state. Kendall, meanwhile, modeled how much carbon different forest offset projects could remove from the atmosphere, and Leo determined which potential projects would make sense financially. When we finally brought all of our analyses together this past spring, a surprising picture emerged of where carbon offsets could advance conservation in North Carolina.

Among the offset project case studies that we analyzed were three forested properties that we hypothesized could achieve a carbon benefit by shifting to conservation-oriented management practices—a strategy that has been successful in projects from Virginia to California. None of our modeling, however, showed that these new management practices would make sense for an offset project in North Carolina. In one instance, the forest would be managed for low tree density, typical of native longleaf pine ecosystems, thereby releasing more carbon through thinning and prescribed burning than the trees would sequester through natural growth. In another instance, a forest in the Appalachian Mountains would need to be thinned to encourage regrowth of native red oak trees, with similarly negative consequences for carbon storage. In the third case, the forest currently functions as a pine timber plantation, and leaving trees in the ground for longer would mean less wood produced on the property, encouraging more trees to be cut down for timber elsewhere.

Luckily, our findings in other case studies offered more optimistic prospects for carbon offset projects in North Carolina. On the coastal plain, where native forests don’t require a lot of intensive management, we found that preventing forest land from being converted to agricultural production or urban development could achieve carbon sequestration and conservation objectives in tandem. Restoring pocosin ecosystems that had previously been drained for human development likewise resulted in carbon benefits, although the costs of undertaking such restoration projects are still highly uncertain. We found planting new forests to be a riskier carbon strategy—trees take a long time to grow to the point where they have significant carbon benefits and planting them is expensive. Still, this strategy offered promise for restoring native forests, like the longleaf pine, while generating carbon offsets over the long term.

While the results of our Master’s Project weren’t entirely what we expected, we were excited to share them with The Nature Conservancy and discuss how the organization might learn from them in choosing new lands to conserve. Land conservation, like climate change mitigation, is a steeply uphill battle. We must consider every available tool in the toolbox to have the best chance of success. Sometimes, the same tool can help achieve both climate and conservation goals, but it’s critical to recognize the limitations of that two-for-one solution. Our Master’s Project, I believe, will help The Nature Conservancy and others chart the best path forward for carbon offsets and conservation in North Carolina.