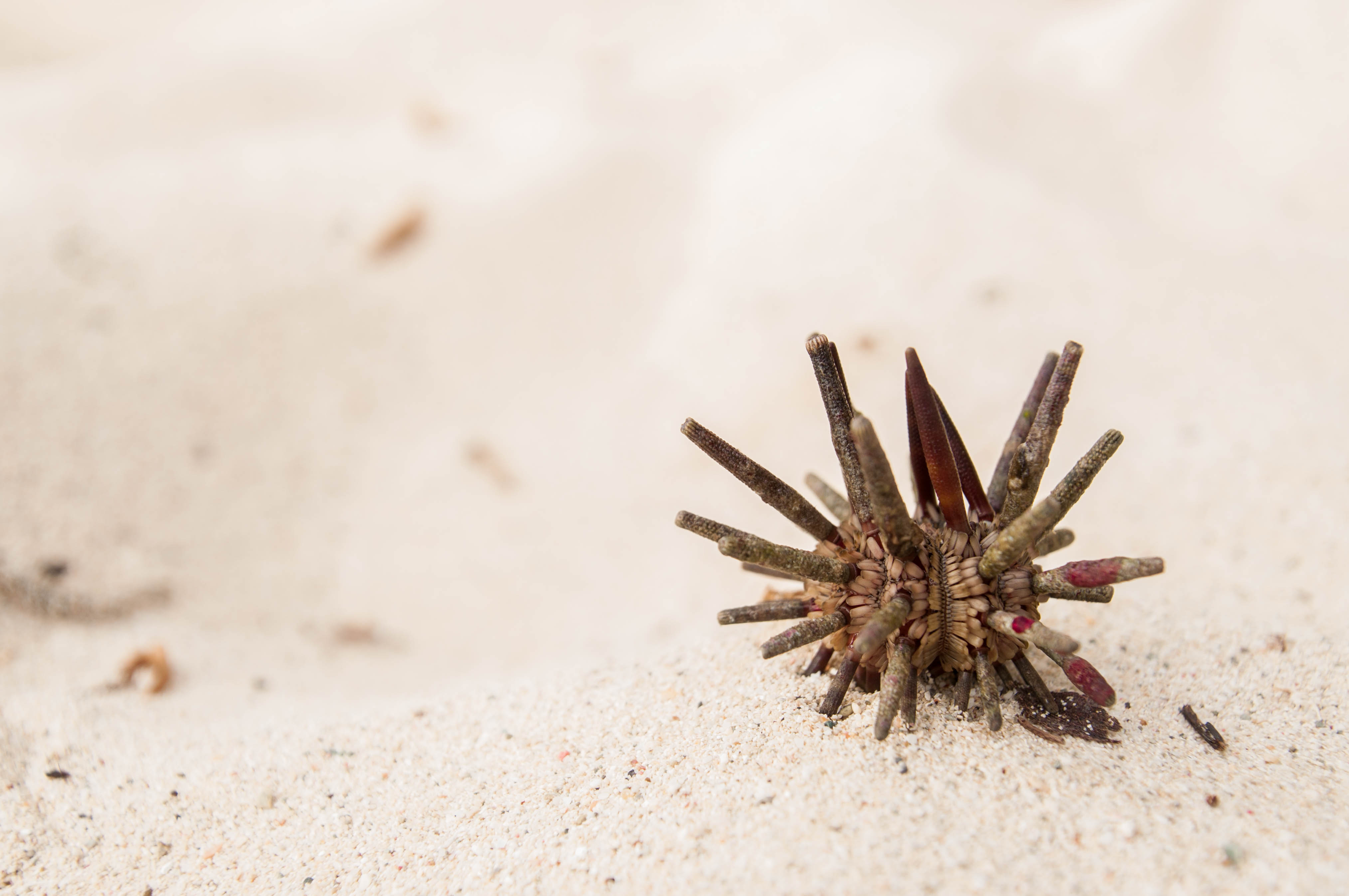 In my last year of junior college (Singapore’s equivalent of high school), all everyone fretted about was getting into university. While others polished their applications with the counsellors, I wrote my 500 word admission essay on swimming in the deep blue ocean as an octopus. Lo and behold, two years later and I was swimming in the deep blue ocean that was our classroom, surrounded by octopi as we learned about their evolutionary history and anatomy.

As I mentioned previously, I am currently studying at the Duke University Marine Lab this Spring semester. Classes here operate on a block schedule where we focus on one course for three intensive weeks, allowing for travel courses including trips to Singapore, Mexico, and Puerto Rico. In this first block, 17 of us escaped the winter cold to the beautiful Caribbean tropics at St. John Island, in the U.S. Virgin Islands. The Marine Ecology class is led by Dr. Brian Silliman, assisted by an army of TAs: Joe Morton, Stacy Zhang, Liz Schrack, and Brent Hughes, whose expertise range from parasites to seagrass to corals to where the best live music is on the island.

So here’s a run down of a typical day in the field course:

The bell rings for breakfast at the Virgin Island Environmental Resource Station (VIERS), where we stayed in snug dorms, 8 to a room with an almost summer-camp like feel. There’s a classroom where we have our lectures, a library of well, environmental resources. It is also home to the Tektite Underwater Habitat Museum, that documents the year long NASA experiment where four aquanauts stayed in cabins on the seafloor to simulate space missions.

We tramped along to the classroom – 8 am was early, to college students at least. Despite being in an island paradise, we still had lectures. From the morphology, adaptations, and ecological roles of fish families to the global threats endangering corals, mangroves, and seagrasses, all the information we learned served to build up anticipation for the moment we hit the water.

Beaches and reefs, here we come! Splitting up into groups of four students per faculty, we spent the next three hours snorkeling in the reefs, applying all the classroom theory to examples in the field. That was truly the greatest benefit of field courses such as this, being able to experience the lessons first-hand. Be it watching an aggressive sergeant major turn dark-blue as it chases other male competitors away from his brood; feeling the change in light, temperature, and water pressure as we dived down, and seeing the corresponding changes in landscape as organisms adapt to the gradient; tasting the rhizomes of Thalassia testudinum, the favorite food of sea turtles (I thought it was kind of bitter, but then again I did accidentally swallow copious amounts of saltwater along with it); or racing shoals of squids with our finned feet. The what-now-seems-to-be permanent tanlines (despite the copious amounts of sunscreen applied and re-applied) was worth all the time bobbing along the surface.

Nothing proves that you are a certified field researcher like a packed lunch of nutritious goodies like a PB&J sandwich half melted in the tropical heat. In all seriousness, when you are captivated by the diversity of life under the waves, you forget how much effort you expended swimming against the current — until you stumble onto the shore with a growling stomach while trying to avoid being stabbed by the urchins hiding among the rocks.

Forsaking mothers’ warnings about swimming after eating, we plunge back into the water. Eagle rays, sea turtles, eels, jelly fish, critically endangered corals, you name it, we’ve seen it.

Returning to VIERS, we experienced competitive exclusion ourselves as the downside of a 16:1 female to male ratio becomes apparent in the fight for the showers. With a bit of time before dinner, we gather to listen as classmates summarized seminal or recent papers on functional ecology, tying it up with what we have seen in the field. Our observations of red sponges adhering to mangroves roots was neatly explained by the theory of facilitation and mutualism, and the tiny fishes in the mangroves corresponded to the importance these of this habitat as a nursery. These are just a few examples as we taught our fellow students, forcing us to truly understand the material ourselves.

Meals were prepared by volunteers at VIERS who work on the site in exchange for room and board. They were the sweetest company you could wish for who always had great food and great conversations. On a couple occasions, we drove out to town for dinner as we entered beautiful seaside establishments decked out in the one non-field attire we brought.

As we wind down for the evening, we’d usually have some free time roasting s’mores by the bonfire, heading out for a night snorkel, or just going for a night walk around the camp in search for frogs and tarantulas. One night, we had a visit from a Caribbean native ethnobotanist who shared with us the local names and uses of the common plants we have walked by many times. Stacy and I decided to go for the full experience and tasted everything from the leaves of the wild thyme to the creamy flesh of soursop, and even the bark of a plant with supposedly hallucinogenic properties (nothing happened though).

As the moon rises, you can generally find us in the classroom, diligently … coloring. Each of us kept a log for the trip, where we religiously journaled not just what we saw, but questions we had relating to larger ecological theories. When do tubeworms retract in response to different stimuli? How do the presence of grazers affect epiphyte cover on seagrasses? What fishes incur the aggression of angelfish? These questions formed the basis of our independent project in the second half of the course, where we crafted and tested our hypothesis in the field.

I fell asleep the moment I hit the bed. Each day was long and busy, filled with things to do from start to end. But it was tiring in a deeply satisfying way, knowing new things about the world that we didn’t 12 hours before, experiencing things for the first time ever, and being intellectually engaged throughout.

It was a sad day when we packed up for the flight back, where our tans stood out even more in the snow Duke was getting. It seemed like a whirlwind trip, but boy was it worth it. Check out a brilliant summary of our trip in this video by Samantha McLendon!