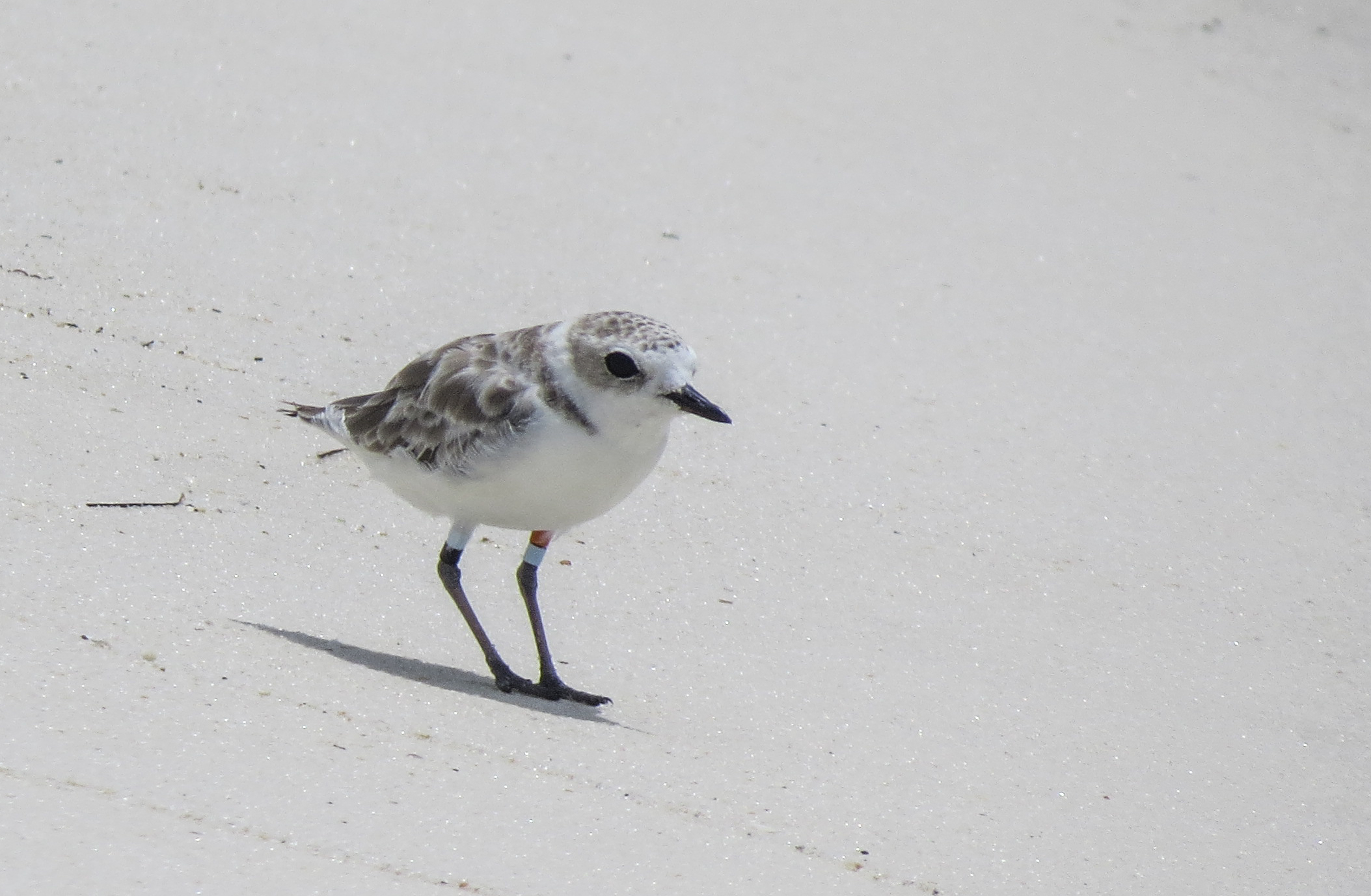 When I lived in Durham, migration was a transient period in spring and fall, when birds passed through the area on their way farther north in the spring, and farther south in the fall. A few weeks were all we had to soak up as many species as possible before they moved on. It was true, some remained to breed throughout the summer, but the bulk had to keep on moving. I also lived away from the ocean, limiting my opportunities to see species that depended on the coast.

Now that I have moved to the Florida Panhandle, I still enjoy migration season, but I also enjoy something more: living in a migration end point for many shorebirds. I experienced both sides of the migration journey this past weekend on a trip to the Gulf Islands National Seashore.

I was birding by boat, following the protected dunes and beaches from the water and only embarking once to take photos and go swimming (it is hot in Florida). As my husband and I motored along, we noticed a large flock of terns swirling over the water, periodically diving and making a racket. When we approached, the water was alive with silvery bait fish, shining silver in the sunlight and making the water’s surface dance.

Terns are some of my absolute favorite birds, and I’ve gradually grown better at identifying them. Most at the feeding frenzy were Sandwich Terns, sporting black bills with yellow tips. A few Forster’s Terns, with their black eye-patches, were also in the mix. But there was one species I had never seen, one I had been on the look-out for since arriving in Florida in early July: the Black Tern. Unlike other terns, in breeding plumage Black Terns are a gorgeous ebony color, and even in the winter their black bills and unique black on their heads and sides sets them apart from other tern species. They breed in the northern United States and Canada, and then winter in Central and South America; that day, hundreds and hundreds were migrating through the National Seashore.

In addition to going after bait fish in Santa Rosa Sound, a few had stopped to rest on the beaches, providing better photography opportunities. Most were in non-breeding plumage, but the few that remained dark really stood out from the crowd!

Other birds also gathered on the beaches. Beautiful Snowy Plovers can be found here all year round, but the other shorebirds – Sanderlings and Willets – had journeyed hundreds and thousands of miles to reach the Panhandle, where they will remain until taking off in the spring once more. It’s true, they could also be found up and down the east coast, but I have never lived near enough to the ocean to enjoy them. Now I could look forward to their lively beach presence for months!

They aren’t the only species that will stop here. Warblers, other songbirds, and raptors will also spend the colder months in the warmer climate of Florida. For me, though migration still ends in the fall, winter is an amazing time to bird!