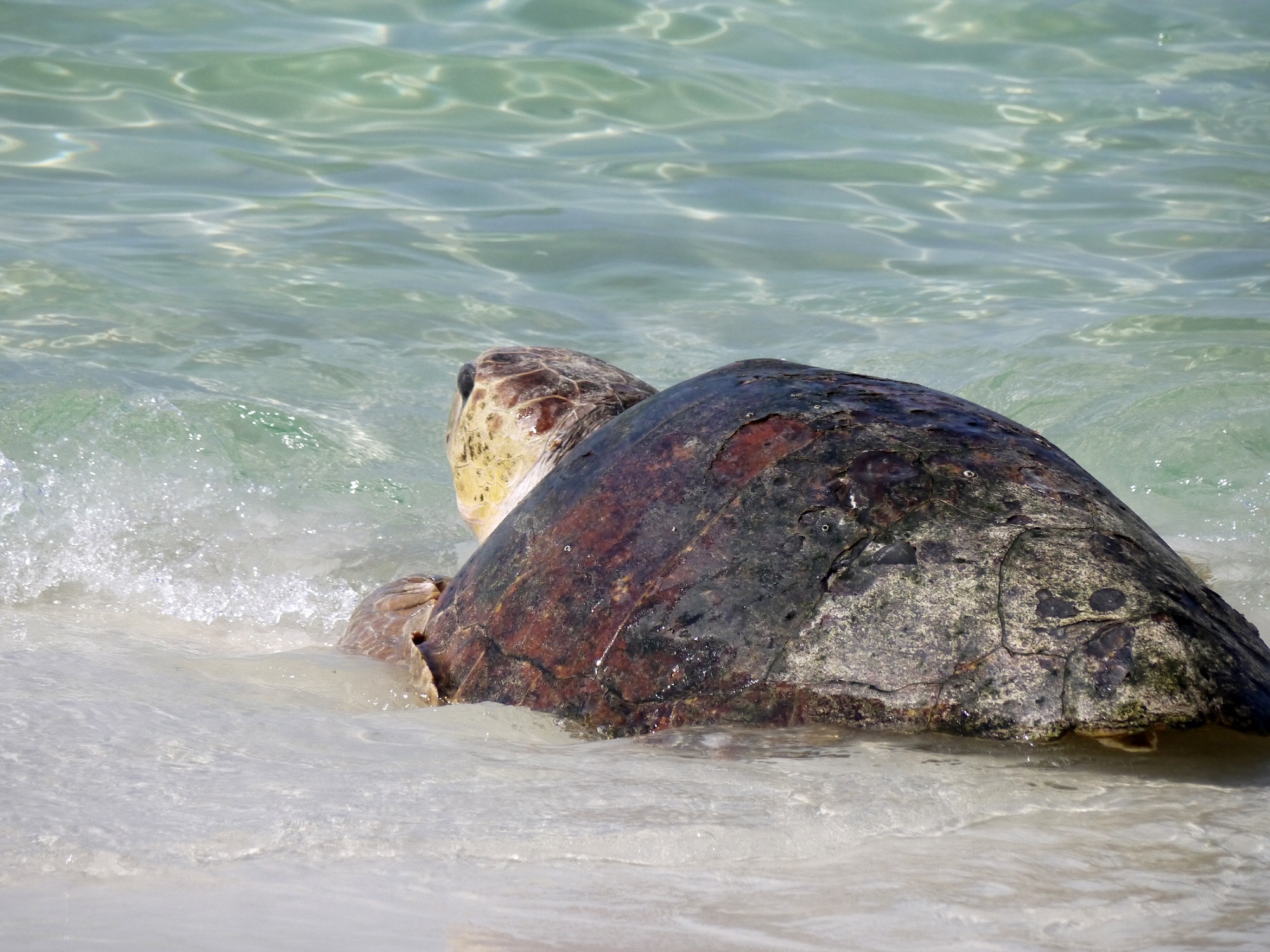 I love nature photography. I try to take my camera everywhere, and when I forget it at home I inevitably see something I wish I could photograph and internally curse myself. I chose my new phone not based on its screen or battery or internet speed, but based solely upon the camera included in its frame. However, there are times when I wish I could be both a photographer, and not a photographer, a part of the scene. There are things you can feel behind the lens, and things you cannot. This was put in sharp relief last wek, when I watched a sea turtle release at Henderson Beach State Park in Florida.

The two sea turtles to be released had been nursed back to health by the turtle care team at the Gulfarium, a local aquarium. I was photographing the release for work, but I was late, delayed entering the park by the throngs of people who had also arrived to see the turtles. By the time I made it to the tent that marked the release point, one turtle had already swam to freedom.

Luckily another co-worker had arrived on time, so we had photos. Now it was my turn to try to get good shots of the second turtle, who had recently recovered from pneumonia (my first lesson of the day: turtles get pneumonia!). I had a few minutes before the turtle was to be set free, so I surveyed the scene. Two long lines of people extended into the Gulf, forming a human-runway for the turtle to make her way to the salt water. Everyone was waiting expectantly, a low murmur of voices mixing with the sound of the sea breeze. The sand shone so white it was almost blinding, and the sun overhead was hot, though it was just past 9:30 a.m. The water, into which the turtle would quickly disappear, was aquamarine.

Soon a small beach-truck arrived, on the back of which lay a very large loggerhead sea turtle. A blue and white striped towel covered her eyes, and a team of Gulfarium staff sat on both sides, making sure she remained safe.

I instantly morphed into photographer mode. I had two cameras with me, and first with a wide angle lens and the second with a zoom lens. Snap snap snap snap  went shots that captured the scene, the truck, the staff in their bright blue shirts, everything I could manage. Switching to the second lens, I took close ups of the turtle herself, including full-frames of her eyes, calmly surveying the scene. Back and forth and back and forth I went between the two camera, following the truck as it made its way to the surf. The Gulfarium team heaved the turtle onto the sand, and suddenly she was off, heading towards the water. I whirled around, taking photo after photo of the turtle as she submerged, then disappeared. Just like that, she was gone.

Though I had been there for every second of the release, I somehow felt like I had missed something. While I was busy taking photographs – and they were good photographs! – I had missed the awe that these great marine sea turtles inspired in the audience. I missed the significance of a creature once hurt, now healed, returning home. I missed how it felt to watch the turtle return to the sea.

And yet, when I made it back to my computer and looked at my images, I marveled at details there was no way I could have noticed without the camera. The glint of the sunlight in the turtle’s eye, the delicate patterns across her face, the perfect contrast between the blue of the water and the green of her shell; all things I saw now because I had taken photographs of the event.

It’s not the first time I wished I could be two people at once, feeling the event while photographing it. In the end, because I love to write about my experiences in the natural world, I opt to use my camera. Still, the next time I am privileged enough to watch a turtle release, I may leave the camera behind.