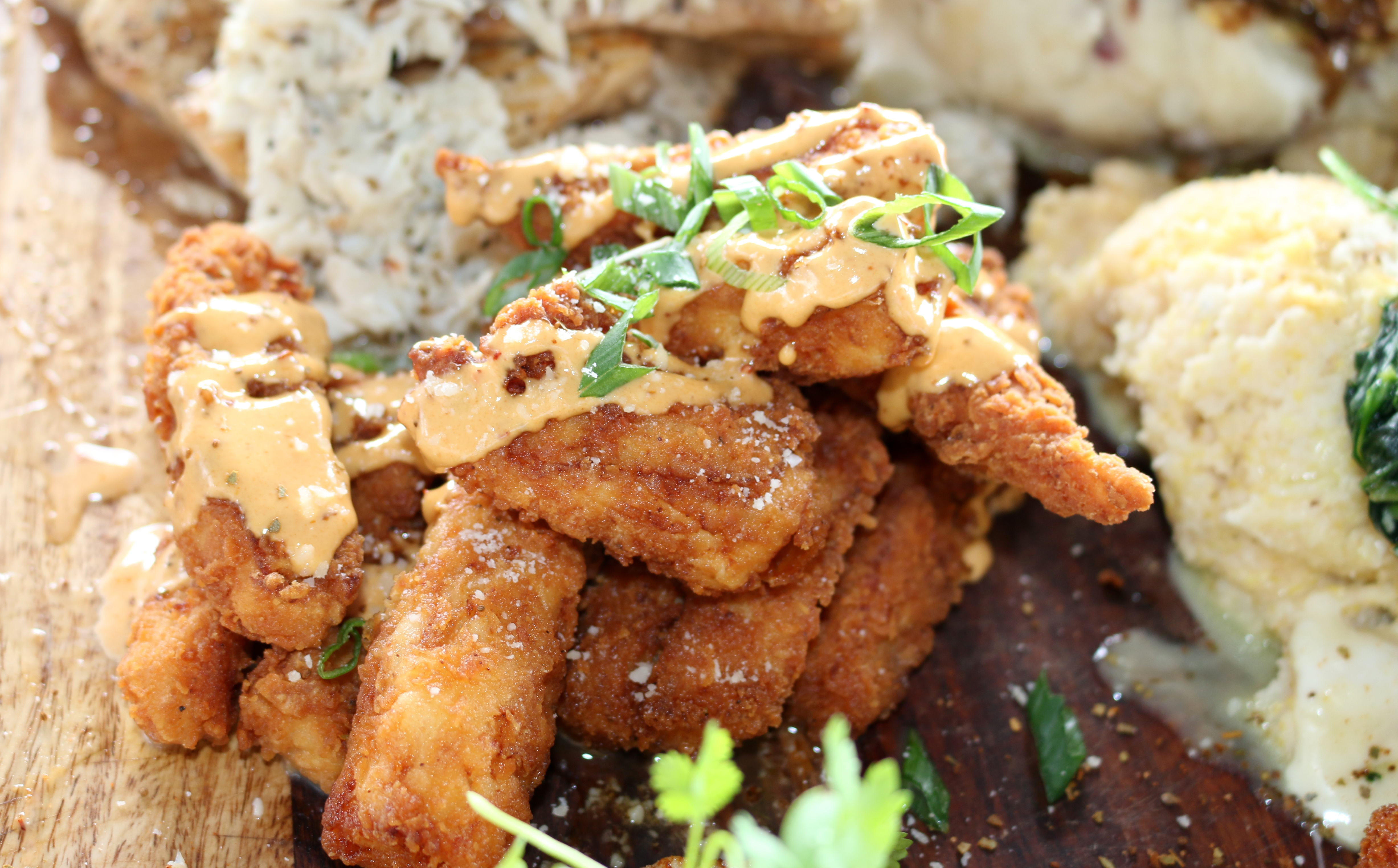 Most people have heard of “farm to table,” a local food movement aimed at delivering high quality, fresh ingredients straight to consumers (often at restaurants). In coastal communities bordering the Gulf of Mexico, a new movement is taking shape: Gulf to Table. Along the Emerald Coast, restaurants, anglers, and the Tourism Development Department have teamed up to launch Gulf to Table as a nationally-recognized regional staple. The concept is simple: professional fishermen and women bring their catches to the docks, where chefs prepare them to order for seafood-loving customers. Moreover, visitors and locals alike can catch their own fish and bring them directly to participating restaurants, to be cooked and served immediately.

In order to fully launch the Gulf to Table campaign, I headed out on a fishing charter with a group of travel writers and bloggers. Our goal: to catch enough fish to eat for lunch. We set off bright and early, dawn breaking as we hopped on a charter boat with Captain Jarvis and his deckhand, Kevin. Though the sun was peeking out behind a bank of clouds, a stiff breeze created choppy waves that we crashed against as land disappeared behind us. For nearly an hour we watched motored steadily along, watching the gulls, pelicans, and seabirds soar through the air. When we stopped, our trusty deckhand immediately strung up the sturdy fishing poles with bait.  As the local of the group, I stepped up to the pole first, letting the line from the reel zip towards the bottom. When I felt a slowing of the drag I clicked a lever to stop its descent. Then I waited.

Not for long though! Only a few seconds passed before I felt the inkling of a fish at the end of my line. In another moment my rod bent sharply towards the water, and I leaned back, reeling as fast as I could against the sudden weight. I had never caught a fish in such deep water before, and with difficulty I pulled the rod up, reeled quickly, pulled up again, reeled, pulled, and reeled again. The wobbling of the boat made me unsteady, and I tried to brace my feet against the low walls of the boat. Kevin was behind me as I finally lurched the fish over the bow, coming face to face with the toothy mouth of a Triggerfish. Mine was too small to keep, so we threw it back into the waves.

I broke the ice, and soon we were all catching fish. Some we would use for bait for larger fish, others we would eat as soon as we made it back to the harbor.

The ultimate quarry of the morning though were the giant Amberjack. Known as the donkeys of the sea, they are famous for their sharp tugs when caught. My arms were already feeling a little sore, but as we arrived at a new location I took my place in a corner of the boat, hoping I’d soon feel the weight of this new fish species.

Next time I should be careful what I wish for. Amberjack don’t just tug, they yank, nearly dragging me into the water as I struggled to gain my footing. We fished using specialized belts with holes for the rods, allowing us to use every muscle we could to resist the fish as they strove to escape. Mine kept whirling around, and the tip of my pole crashed into the water as I failed in an effort to right it again. Eventually I crouched down, using the railing of the boat to brace myself as I struggled for each and every turn of the reel. Kevin was helping another woman with her fish, so I was on my own.

I had been cold moments ago, but now I was sweating, my wet hands slipping as I brought the Amberjack closer and closer to the surface. Suddenly, I saw the flash of its belly, and with a final surge of strength I lugged the fish over the side of the boat. Success!

My stomach muscles, arms, and back screamed with the effort, but I was beaming. Taking a few deep breaths, I admired my catch, wondering what it would taste like. After a rest, I took the pole once more; though I hooked another Amberjack, I was too exhausted from my first effort to hoist it up alone, and Kevin had to hold the rod up and balance it on his knee while I focused all my effort on reeling. Soon after, Captain Jarvis called down to us that we would be heading back to the harbor, and with a sigh of relief I sat, massaging my aching arms. Back on the docks, I was happy to be on solid ground once more. Kevin expertly filleted our Amberjack and Triggerfish, plopping them into bags for easy transportation to Brotula’s, a restaurant barely a few yards away where we would soon be enjoying our catch. After handing fish directly to the chef, we relaxed at a table overlooking the water, slaking our thirst and sampling a few appetizers. Because we had brought so many fish, the chef would prepare the fish multiple ways, which was perfect for us!

I had definitely worked up an appetite with all that heavy reeling, and I was thrilled when the chef and waiter came out with not one, not two, but three wooden serving planks full of our fish, plus grits, mashed potatoes, and more. Barely a few hours had passed between pulling the fish from the water and devouring them, and let me tell you I could absolutely tell the difference. To say everything we ate was delicious would be an understatement.

For fisheries to be sustainable, catch limits must based on sound science and regulations enforced. However, curating a demand for locally caught fish is equally important. These fish support fishermen and women who depend on stable fish stocks to make their living, and reduce the carbon emissions from shipping fillets across the country or across the world. Next time you’re on the coast, ask for a local catch!