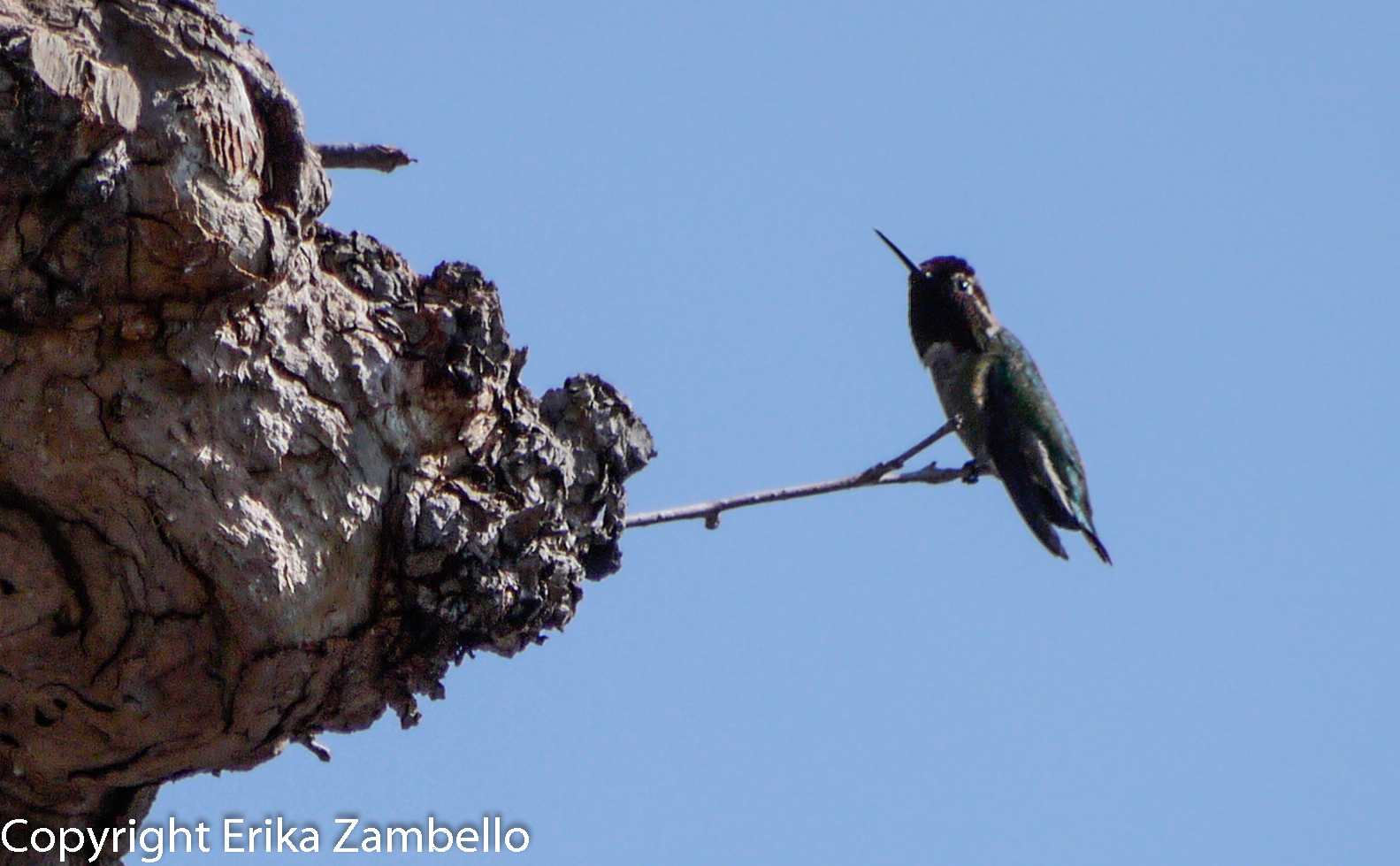 I arrived in San Francisco on a sunny, blue-sky day – the consistently beautiful weather I would come to expect on my four day Spring Break trip to California. I was visiting my brother Gwynn, a freshman at Berkeley, and his campus would be my home-base for the next few days. It had been more than ten years since I had last been to California, and I was excited to see again what I remembered as a tween. I wanted to visit my brother’s dorm and classes, see the sights, and of course, go birding.

It has become more and more difficult to add to my life list (the total number of birds I’ve seen) on the East Coast. I have observed all the common birds, and many of the uncommon ones at that, and I was yearning to see some new species. California shares many bird varieties with North Carolina of course, but there are notable variations that I wanted to see for myself!

I took the BART train from the airport north to Berkeley, where my brother picked me up and walked me to the university. Scarcely a few yards onto Berkeley’s campus, I heard avian twittering and saw the fluttering of wings, and I instantly set down my bags and pulled out my camera, much to Gwynn’s amusement. The bird in question was hopping on the ground, with a dark head, pale body, and a tail outlined in white. Based on its size and shape, I guessed it was a junco, but unlike any junco I’d ever seen.

Yes! Barely a few hours into my trip and I had already spotted my first life bird. If this was the pace of the days to come, I was going to see dozens and dozens of new species.

Only, I was wrong. Knowing I could see species I was unfamiliar with, I had brought along my Sibley Guide to the Birds of Western North America. Flipping open to the junco pages, I found my bird: “Dark-eyed Junco.” Frowning, I knew that Dark-eyed Juncos are common birds throughout the east, forming flocks in the winter. It turns out there are multiple sub-species of Dark-eyed Junco, and I was staring at a distinct western sub-species, but not a unique species itself. Drat, I was still at zero life birds.

Luckily my first life bird would come merely moments later. Chickadees chased each other into a magnolia tree nearby, and I quickly snapped photos of their unique coloring for which the “Chestnut-backed Chickadee” is named. Birding score!

Because it was a Thursday my brother did have class, and I followed him from the dining halls to his dorm to class and back again. Did I mind being the tag-a-long? Of course not! Not only was my little brother showing me around (an entirely new experience), but he was showing off Berkeley’s gorgeous campus. The white campanile tower stood tall at the center of the university, surrounded by beautiful buildings, colorful flowers, and magnificent redwood trees. Everywhere I looked I saw birds, common perhaps to California residents but new and exciting for me.

Second on my life list that day was the California Towhee, related to the Eastern Towhee we see in Durham so often but with deep chocolate brown coloring. Anna’s Hummingbirds zipped across campus like mini torpedoes, and Lesser Goldfinches and bright yellow Townsend’s Warblers called to each other from the treetops. By the end of my first day I had seen five new species, an amazing number when you consider that I had only seen two life birds in the whole of 2015 so far!