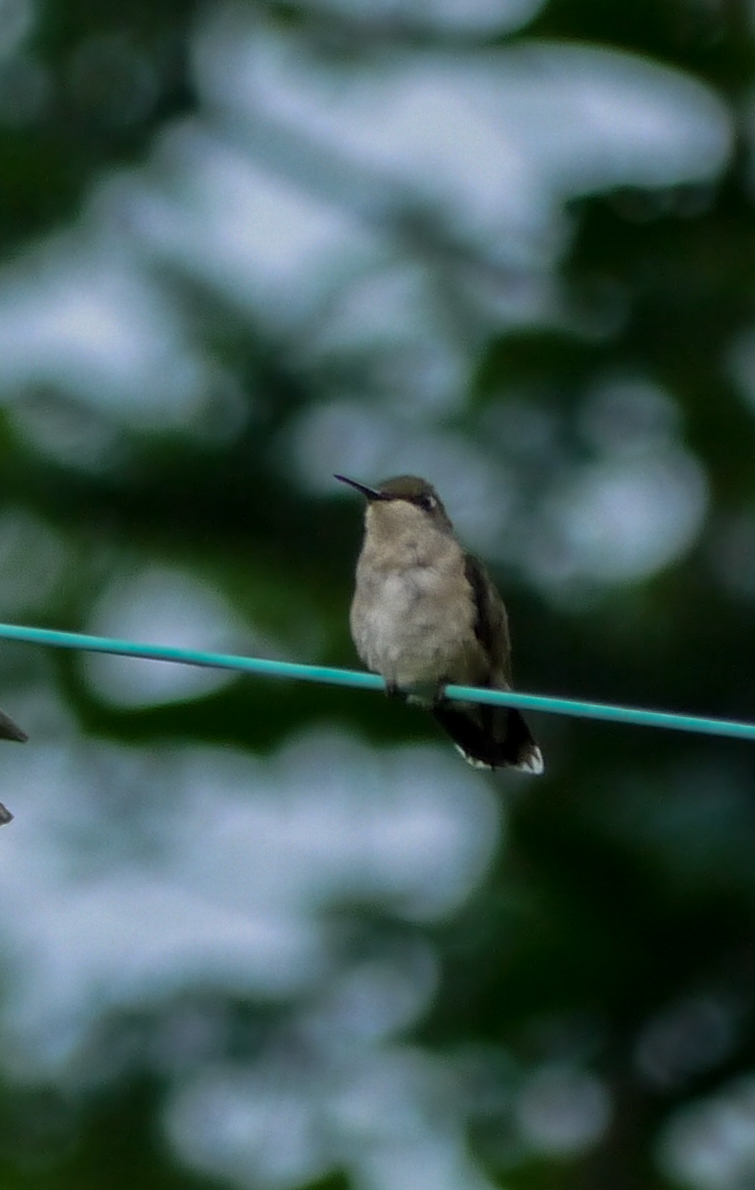 Though most of my graduate classes are in the new Environment Hall, occasionally I do have to walk across campus to Perkins Library, Duke Gardens, or just to take a mental break. On one of these excursions this week, I came upon a sad pile of feathers. Unfortunately, it was a dead hummingbird. Looking up, it was clear that the bird had smashed into a building window above before falling to the ground where it lay in front of me, the double impacts too much for its tiny body. After participating in the Bird Collision Surveys last semester, I knew what I had to do: take pictures. Why? Read on!

Bird collisions with buildings cause 1,000,000,000 bird deaths per year (from David M. Bird, 2004). These deaths become especially prevalent during fall and spring migrations, when large numbers of birds move through the area. All species hit windows, attracted by light and by reflections of woods and vegetation in the windows. Though there are windows that contain special UV coatings that birds can see but humans can’t, very few buildings actually purchase this glass (it is more expensive).

To collect data quantifying this problem, Duke has joined with 45 other universities to conduct bird collision surveys around specific buildings on campus, building a data-set about the frequency of bird collisions during the migration seasons that can be used to answer questions about patterns of these collisions. As part of the project, my Wildlife Surveys class last semester acted as volunteers to follow a specific route around campus buildings, photographing and noting any dead birds we found. While the data is critically important, it does not take away from the sadness we all felt when we came upon eight Cedar Waxwings lifeless in the grass.

I remembered this project when I found my hummingbird. Though I felt like a first-class creepy person, I bent down with my cell phone and snapped multiple pictures from different angles, to aid in identification later. Though I knew it was a Ruby-throated Hummingbird, others could potentially identify gender and other characteristics.

It is important that as many people become involved as possible, as this will allow higher levels of data collection.  If anyone sees a dead bird that has fallen due to a window collision, note the location and take a few photos to send to  birdcollisions@gmail.com. Fill out the short form, and you’re done! This fall the surveys will be looking for more volunteers to walk the collision routes, and anyone can participate.

Though it is upsetting to find any animal that has been killed as a result of human activity, by recording each bird we are contributing to research that can be used to convince institutions, like  Duke, to do more to protect birds from accidental encounters with window panes. If you want to become a volunteer, contact one of the team leaders here.

One thought on “Bird Collision Surveys at Duke: Why Everyone Should be Involved”