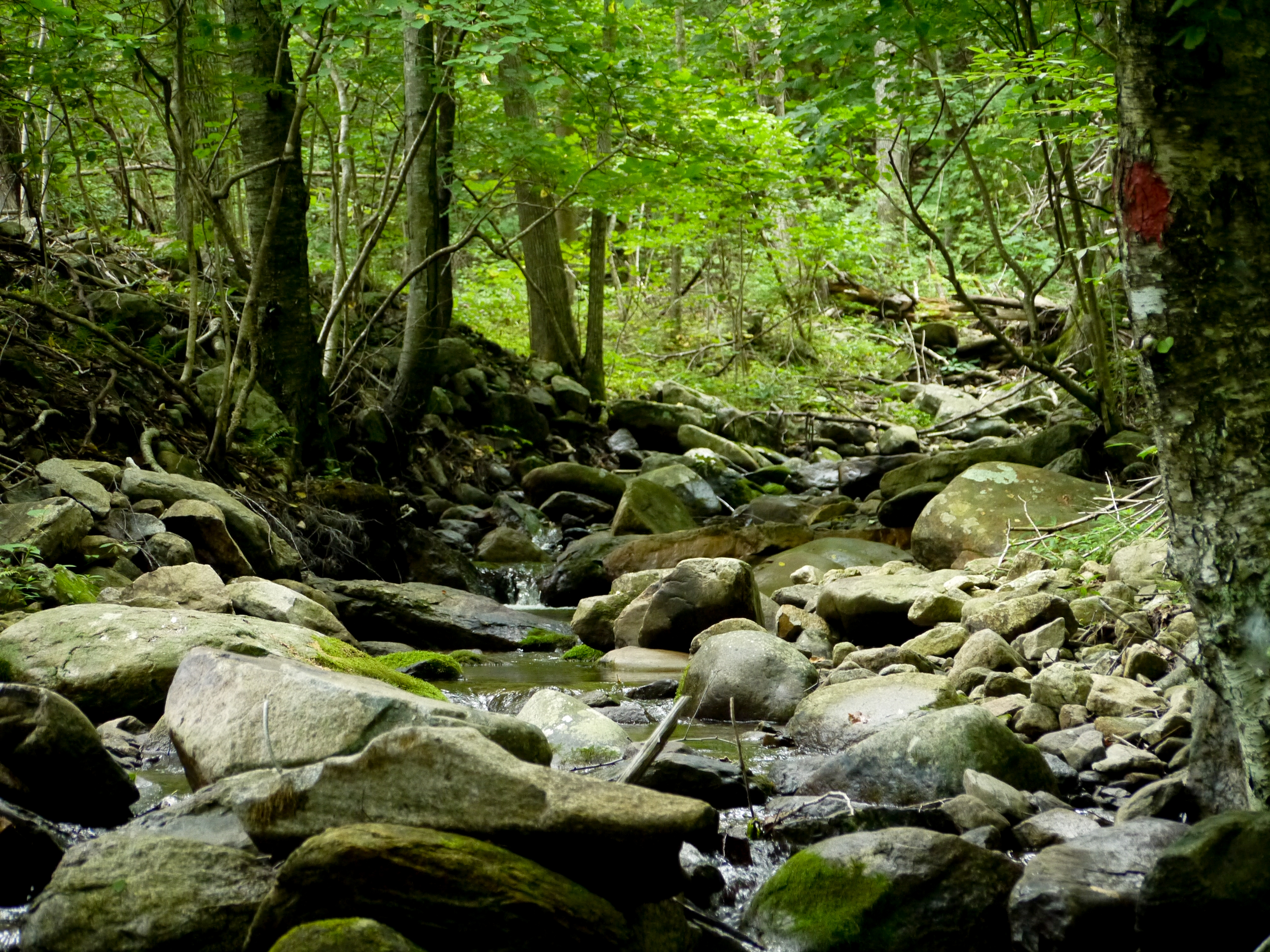 A few months ago I wrote a blog post for the Triangle Land Conservancy summarizing both the beneficial services that magnificent hemlocks provide as well as the scientific efforts to halt the deadly spread of the woolly adelgid, a tiny insect capable of bringing down the giant trees up and down the east coast. In the Great Smokey Mountains National Park, for example, 90% of native hemlocks have died. Though I had read about the devastation wrought by the invasive species, I had never seen it first hand. In fact, the only hemlocks I had ever seen had been alive, both in northern New England where the pest hasn’t yet reached, as well as nature preserves around the Triangle that protect their trees with pesticides. A day trip to Virginia gave me a whole new appreciation for the vast ecosystem changes underway.

Woolly adelgids are the size of aphids, native to Asia and making the oceanic jump in the 1950s. Since then they have attacked the eastern hemlocks, killing each infested tree within a few years. Unfortunately, hemlocks are not only beautiful but a critical part of their ecosystems. Dense needles provide a cool understory that allows different plant and animal communities to thrive; when they grow near streams, the shade their branches provide cools the temperature of the water.

On our trip, we were looking for just such a small stream. Ideal for native brook trout fishing, we reached our creek in the afternoon. Though it had been boiling hot in the Triangle, we were only miles from the high elevation of the Blue Ridge Parkway, and the shade beneath the tree canopy kept the bright sun off our backs. We were fishing in the shallow pools created by the tumbling rocks and sand, perfect for fish but also for wildflowers, photography, and the simple act of exploring the outdoors.  Here and there swallowtail butterflies flitted across the open space created by rocky streambed, resting briefly on tree stems or the grasses growing along the water’s edge. It had been a wet summer, and bright orange mushrooms had popped up from beneath the damp ground. A light breeze kept the biting bugs at bay, and the hillsides boasted swatches of rhododendron that must be spectacular when they bloom in the spring.

It was a beautiful day, but the remains of the hemlocks were hard to ignore.

Those trunks still standing were completely stripped of bark, stretching high into the sky like giant skeletons. Others had fallen across the stream, creating dense bridges used by animals or insects. Where once there had been shade and bare ground now grew saplings, come to take the place of the decades-old hemlocks. While tree growth is good, no species fulfills the niche of the hemlock. Later when we returned to a computer, Google Maps provided an even greater picture of the hemlocks that had fallen across the whole length of the stream, white lines like scars on the landscape.

Luckily, the stream and the surrounding ecosystems still seemed to be in good health, and the fish were plentiful and colorful (all of which were released after they were caught). We had fun, thoroughly enjoying our nature escape for a few hours. Still, despite the picturesque scenery and the serenity of being far from human habitation, there was a sense of quiet disturbance, brought to the fore whenever we stepped over a wide hemlock trunk slowly decomposing.

It was us humans who brought the invader to America’s eastern shores, and as I write scientists are trying to slow its progress through the testing of introduced predators as well as creating a resistant strain of hemlock. Until they have success, all we can do is support their efforts and prevent the spread of the adelgid through abstaining from the transportation of firewood and alerting authorities when the adelgid is spotted.