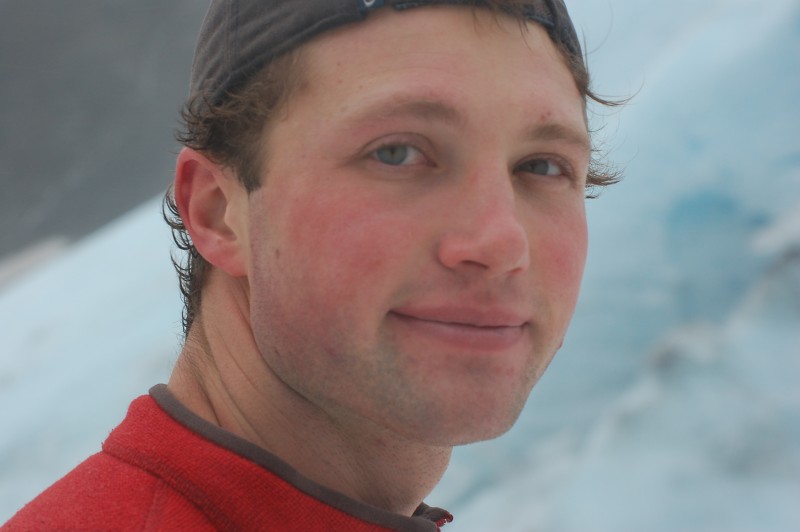 This piece is dedicated to the memory of Xavier Engle, one of the best men I have ever known.

Imagine the problem is not some syndrome of our society that can be solved by commissions or laws or a redistribution of what we call wealth.

Imagine that it goes deeper, right to the core of what we call our civilization and that no one outside of ourselves can affect real change, that our civilization, our governments are sick and that we are mentally ill and spiritually dead and that all our issues and crises are symptoms of this deeper sickness … then what are we to do?”

“A coward dies a thousand times before his death, but the valiant taste of death but once. It seems to me most strange that men should fear, seeing that death, a necessary end, will come when it will come.”

The moon is high and bright as I startle dogs from slumber. I quickly fumble my gear into place, hop into my boat, and silently slide into the cold, murky water.

Mists rises from the water toward the light of the moon.

I disappear around a riverbend before any dog can summon its owner.

The bald cypress trees on a stretch of the Black River between Ivanhoe and Atkinson, NC are over 1,600 years old.

A swamp wilderness that loggers throughout the history of the state never could quite harvest.

The oldest trees are not overly tall. They do not look so different from other trees on the river, except they are wider and more gnarled.

They have also seen 1,600 winters of frosty, dark nights. The river had flowed over its banks and settled under nearby trees – spreading as far as one could see in the moonlight.

The current in the main watercourse was swift. I was making good time, the dip and tug of my paddle strokes the only sound in the bright night.

Somewhere in the recesses of my mind, I felt

“I do not belong here.

This space is not for you.” Grief, well, grief ebbs, flows, circles back on itself, strikes from nowhere.

The crux of a solo trip is that you have to become comfortable listening to and dealing with yourself – not so different from meditation.

In the self-narration of my solitude, I found that my whole existence had basically become a disturbance amongst the nighttime peace of the forest.

I rousted birds, I startled owls. Beavers slapped their tails at me – asserting their presence.

My fear fed on their fear and we became tangled in a dance of dread, perpetuating a positive feedback loop of anxiety.

I had nothing of which to be afraid. I was the super-predator. I ran the show.

The ground crept up at me. Vegetation began to grab at my boat from beneath the surface of the water.

For a stretch of the Black River – the part where the oldest trees east of the Rocky Mountains have anchored their long roots deep into the ancient swamp for 1,600 years– the main water channel disappears.

To continue, you must pick your way forward through gaps in vegetation.

An interesting challenge in daytime, a slightly more interesting by the light of a bright moon.

I turned back around from the oxbow to pick a way through the trees and shrubs.

Now I had to focus. The only way out was to determine, and then follow, the flow of the still water in the moonlight.

In The Snow Leopard, while climbing in remote mountainous regions of Nepal, Peter Matthiessen focuses his thoughts north to Shambala, “a hidden kingdom in an unknown part of Inner Asia.” Shambala is sacred to certain sects of Tibetan Bhuddism as the “center of the earth” and a mysterious place to the North.

If Shambala does or did exist, I was possibly on its outskirts, also thinking about snow leopards, only I was in Kazakhstan.

As I skied around the Altai Mountain range, I would find my thoughts wandering to the taller, more rugged mountains of South Asia in Nepal and Tibet – where Matthiessen was.

I realized that if he, in Nepal, and I, in Kazakhstan, were both wondering about what was over the next ridgeline in each other’s general directions …

Well perhaps that which we sought was simply within us.

And we carried it with us wherever we went.

If Shambala does exist, Xavier Engle, a good friend, was possibly at its heart.

A wild river runs through Russia – the Bashkaus – famous amongst river disciples.

It is all the things you might imagine of a fabled whitewater river.

There is a book in the Bashkaus Gorge. A simple thing, it is a list of the people who have run the river.

Xavier wrote his name there.

Whatever it is that we seek out and we speak of when we attempt and discuss exploration, or mission-driven work, no one I have ever met has had more it than Xavier.

There was a phone call from a friend a year ago. Some friends you communicate with through any means other than phone calls, and then, when their name pops up on your phone – you can already feel your heart start to freefall and the tears build up behind your eyes.

At some point on a solo trip, you have to embrace yourself and your mission. Move as you will, but do not force yourself to move quickly based on some falsification of logic that “you do not belong.”

Towards the end, if you have done things correctly, you turn around, and go home.

For some, going home is, as Melville wrote, a “speechless quick chaotic bundling of man into Eternity.”

I ride my bike into the early dawn – back to my car.

The moon swells in its daily death, dragging the stars down out of the sky with it.

On November 30, 2014, renowned kayaker and third year UW medical student Xavier Engle was killed in a tragic kayaking accident in Robe Canyon of the S. Fork Stillaguamish River.  Engle was known for not only his world class kayaking skills, but also for his varied academic and medical pursuits, his humility and care for the less fortunate, and his intense zest for life.  Engle touched deeply the lives of many who knew him.

Engle and two companions, Brad Xanthopolous and Evan Bouchier, began their run through the Class V canyon at mid-day on that chilly Sunday.  All three had paddled the canyon dozens of times previously, and were intimately familiar with it. The flow was dropping out from a recent major rain event and was still relatively high, but all three had made the run at significantly higher water levels.

Trouble started for Engle in ‘T1’ the very first drop in the canyon.  He flipped and, unable to execute a successful roll, floated upside down through ‘T2’ the second rapid, with Brad close by his side.  In the hydraulic at the end of ‘T2′, Engle’s boat tangled with Xanthopolous’, and both kayakers exited their boats to swim for their lives.  Xanthopolous managed to reach the steep bank on river left and pull himself out of the water immediately above ‘Last Sunshine’, the biggest drop on the run, while Engle swam through the treacherous river right channel of the rapid. He then flushed downstream through nearly a half mile of whitewater including several major rapids.  Bouchier, coming from behind, gave chase to Xavier and they eventually made contact, but were unable to execute a boat rescue. When Bouchier finally got Engle to the shore, he was unable to revive with CPR.  Engle’s death was likely a combination of hypothermia, drowning, and trauma in the last rapid.

One thought on “The Flow of Still Water in the Moonlight”