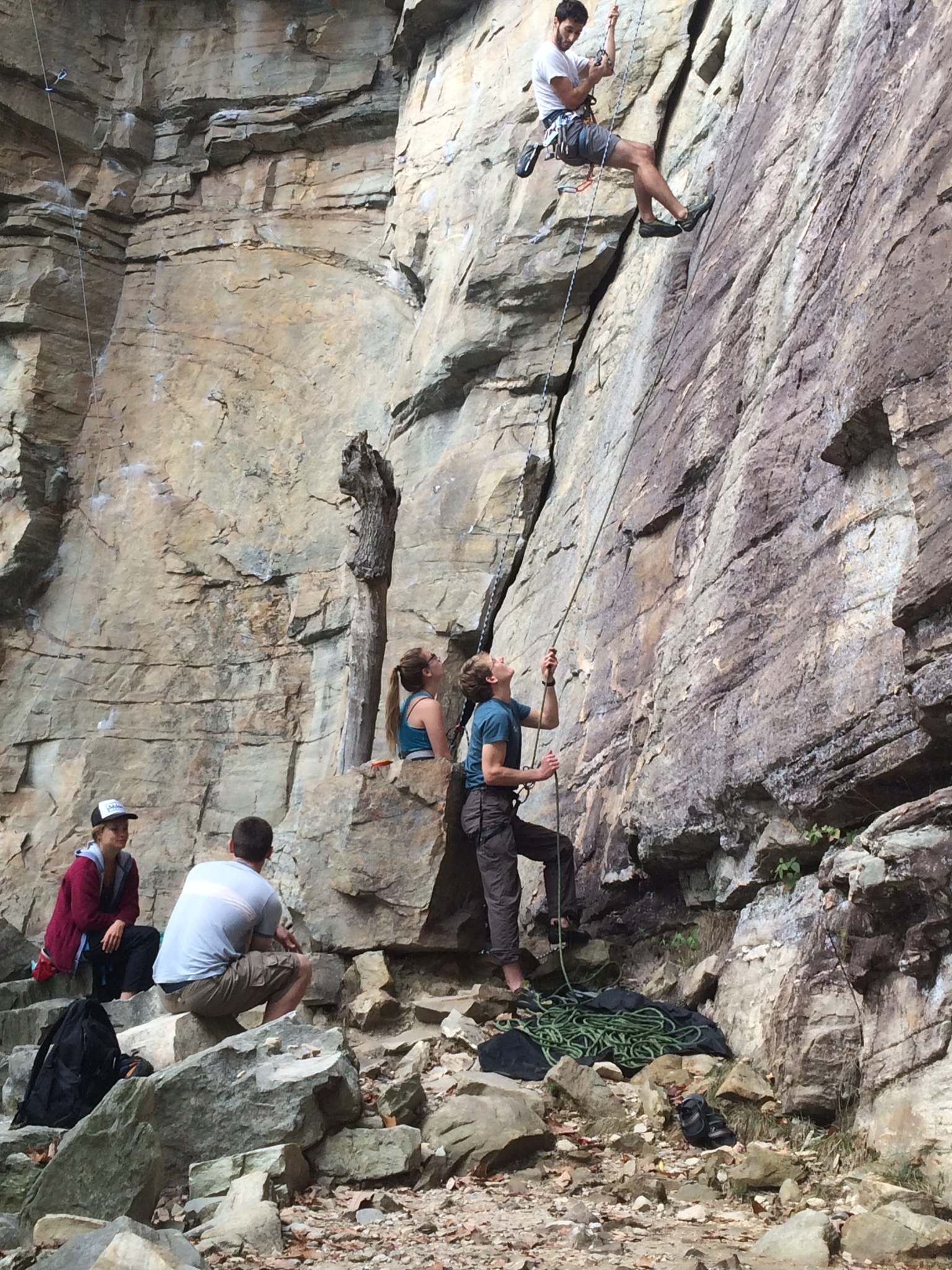 It’s hard to believe that my second semester of grad school started this week—it seems like just yesterday that I was meeting everyone at orientation week, freaking out (mildly) about the statistics and calculus diagnostic exams during orientation, and repeatedly learning the hard way that you need your ID when you go to the rooftop garden in Environmental Hall to avoid getting locked out.

To be honest, I have mixed emotions about the spring semester. I’m excited to start a new batch of classes (Environmental Politics and Federal Fisheries Management and Policy, I’m looking at you), finalize plans for my Master’s Project, embark on a new batch of outdoor adventures, and so on.

But I also must admit that I am slightly terrified, mostly because of GIS. GIS almost ate me alive last semester.* While I am pumped for the marine spin in the GIS for Coastal and Marine Management course this spring, I’m not quite mentally prepared for that. Nor am I mentally prepared to bike to campus each day in January weather.

So, as I look forward to getting back into the swing of things, I thought I’d take a look at some every-day, day-in-the-life type highlights from the fall:

* I’d also like to add handing in my final GIS project as my sixth favorite memory. While I do enjoy GIS, believe it or not, it’s challenging for me and my editorial brain that just spent the past few years writing all day for my job.

Now, this just represents a very, very small window into some highlights of the past semester, and I want to point out that some of my classmates partook in incredibly innovate and amazing experiences, like attending COP 21 in Paris, establishing a garden on the Environmental Hall roof and many others. Stayed tuned for what’s in store this spring semester!