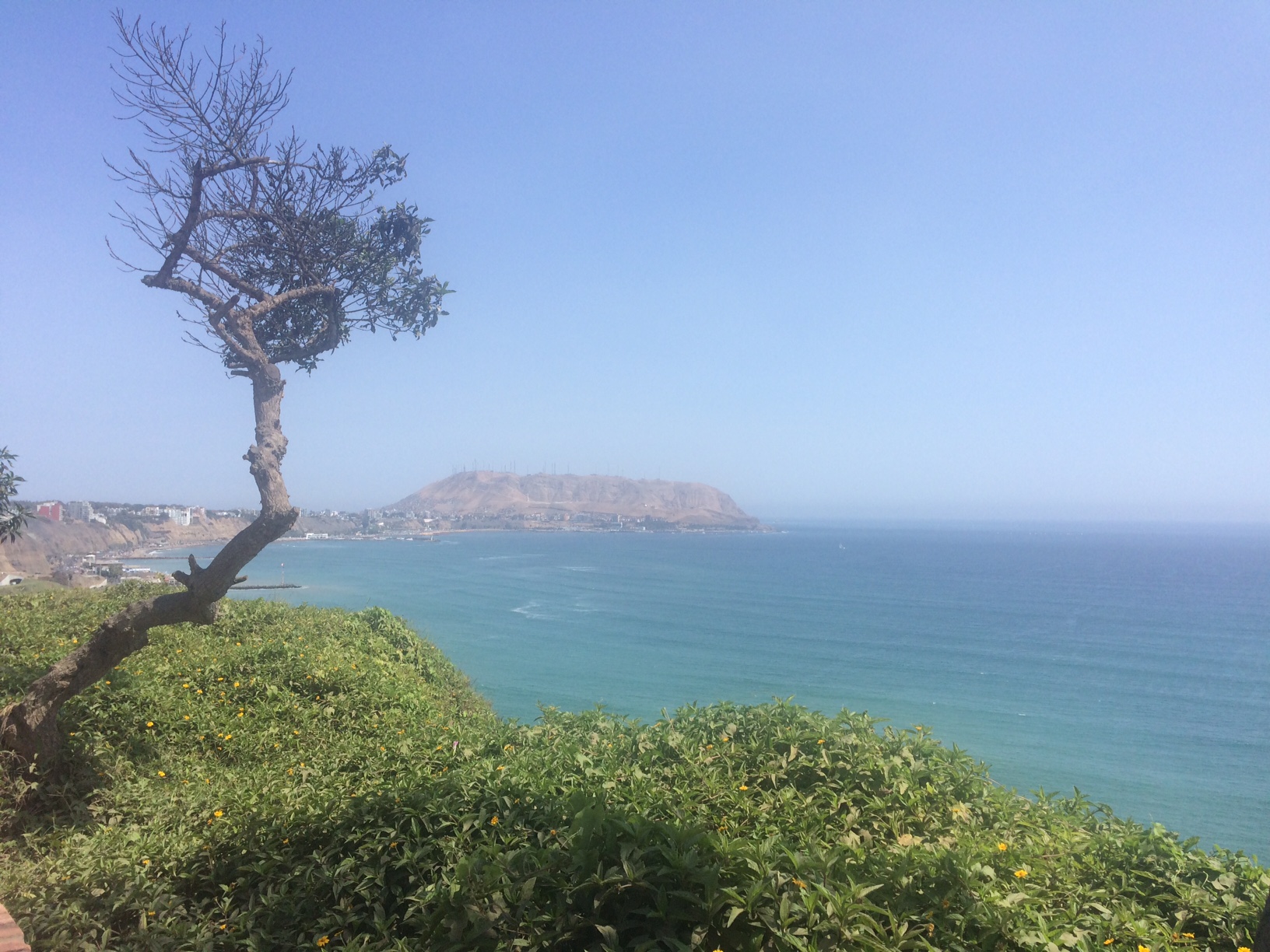 I’m three days into the 36th International Sea Turtle Symposium, a conference held to discuss some of the latest and best research on sea turtle conservation and biology. It’s been a whirlwind experience so far—exploring Lima with any free second, networking with the world’s leading sea turtle biologists (my version of a celebrity), and eating as many churros as possible—but I couldn’t imagine a better experience than spending a week with folks who love sea turtles even more than I do.

I arrived on Saturday with several other CEMs, and we spent our one free day (Sunday) exploring Lima and surrounding neighborhoods… though admittedly, we spent most of our time checking out the local beaches. Originally excited to see the Pacific Ocean and visit a rocky, steep coastline different from North Carolina’s sandy barrier islands, we were a bit shocked by augmented and crowded a few of the local beaches were (though still beautiful, of course).

There’s a bit of a Nicholas School turtle mafia here, including current students, alumni left and right, and other professionals actively engaged with the CEM program, including some big-names in the turtle world like Larry Crowder, Matthew Godfrey, Bryan Wallace, and the list goes on.

I spent the first day of the conference in an intensive day-long bycatch and cooperative fisheries research workshop, and ISTS brought in several local artisanal fishermen to participate in the workshop and provide their perspective on participating in CFR. Their perspective provided a completely new lens for me to look at where conservations and fishermen are coming from in their approach to bycatch.

I also attended a workshop on ghost gear—nets left abandoned that entangle marine life as they drift throughout the oceans. I’ve also attended more talks than one can imagine on work focusing on sea turtle tumors, marine debris, erosion, marine bioacoustics, nesting monitoring, and much, much more in dozens of countries.

The energy here for sea turtle conservation and ocean stewardship is extremely contagious, and undoubtedly is providing the mid-semester push and inspiration I need to connect my coursework at Duke back to the real world. Stay tuned for more posts from ISTS!