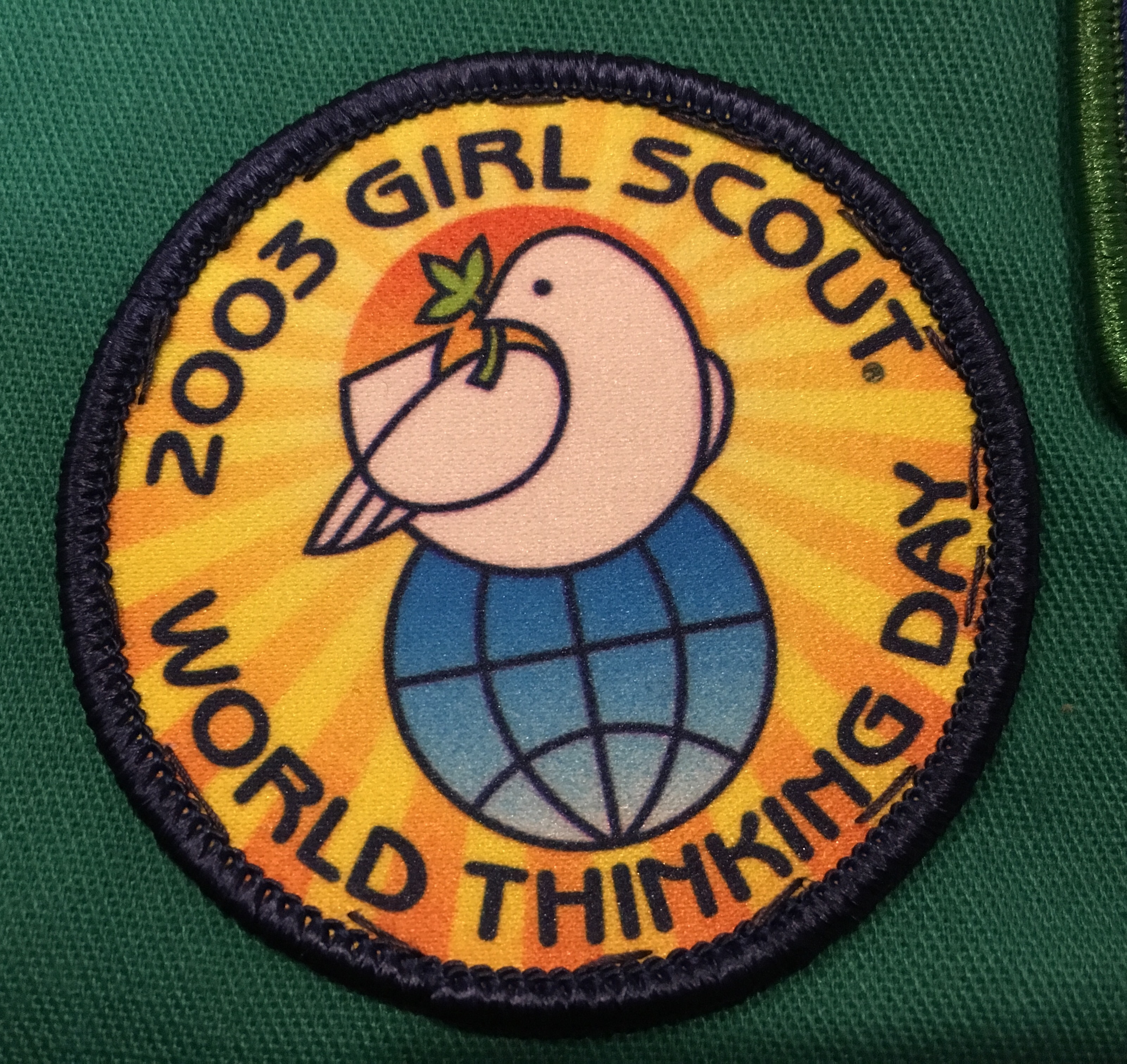 World Thinking Day is a Girl Scout tradition occurring annually on February 22nd. I’ve been participating since I was less than 4 feet tall, as a Girl Scout in southeastern Massachusetts. Now a troop leader in eastern North Carolina, I’m nostalgically pleased that this event is celebrated by local troops, a testament to its expansiveness.

The goal of world thinking day is to celebrate international diversity and learn about other cultures. Many Girl Scouts observe Thinking Day by hosting an “around-the-world” type of event, where each troop displays a different country. Troops choose their country ahead of time and research it to create an educational display. This usually includes a poster and some objects representative of the country, as well as foods or recipes from the region for people to sample. Scouts are given a “passport” and receive some sort of token or stamp from each country they visit. Troops typically choose countries they’ve already had some exposure to like France, China, Ireland, Germany, Sweden, Italy, or Spain. I probably suggested and/or voted for one of those countries as a scout myself. However, when it came time to decide on our troop’s country in 2017, I wanted the girls to choose one they knew very little about. This would hopefully maximize the educational opportunity and stay true to the event’s goal of increasing awareness of other cultures and global issues.

Consequently, I wanted to propose the idea of choosing one of the 7 predominantly Muslim countries targeted in Executive Order 13769, “Protecting the Nation from Foreign Terrorist Entry into the United States.” However, I was wary of overstepping my bounds. What information did the girls have access to at home? How was this information portrayed by their families? The educational potential outweighed my reservations: I decided to bring it up. If they didn’t like the suggestion, they could easily choose another country.

I borrowed several children’s atlases from the Carteret Public Library and bookmarked the “Southwest Asia” sections. At our troop meeting, the girls quickly flipped through the pages looking for candidate countries. I explained the executive order briefly and the affected countries. The girls reacted with shock and disgust. To my surprise, they immediately and unanimously agreed to pick one of those seven countries. Albeit, I think they used the countries’ flag patterns to make their decision, but it was still a learning process. They chose Yemen. At home that evening I fretted about how to help 10-year-olds learn about Yemen. I even nervously envisioned some parents from our county diverting their daughters away from the Yemen display at Thinking Day.

Alas, our local Thinking Day event was cancelled due to one of the organizers falling ill. However, the girls still researched Yemen at our next meeting so they could have their own Thinking Day. I borrowed several other children’s books from the library, each solely about Yemen. The girls read through these while filling out a KWL chart, which stands for Know, Want to Know, and Learned. To start, they knew that Yemen was in southwest Asia (from the atlases). They wanted to know several things: what plants and animals live there, what language is mainly spoken in Yemen, what is the government and culture like, do they have access to clean water, what are the houses made of, do children go to school there, and what do children do for fun? Whenever they found information from a book that answered one of  their questions, they read it aloud to the group. They learned about Arabic, about Yemen’s major crops and industries, about the desert climate and creatures, about arranged marriages, about camel racing, and about the differences in women’s rights between Yemen and the United States. I also learned more about Yemen than I would have otherwise. To end the meeting, we blended up some banana milk using an easy recipe I found on a Yemeni recipes webpage (although not entirely representative of the country’s crops, the banana milk is a product sold in Yemen).

Though the girls didn’t travel around to different ‘countries’, I think the mission of Thinking Day was accomplished and will hopefully inspire further respect and curiosity in the future for other places, cultures, and global issues.