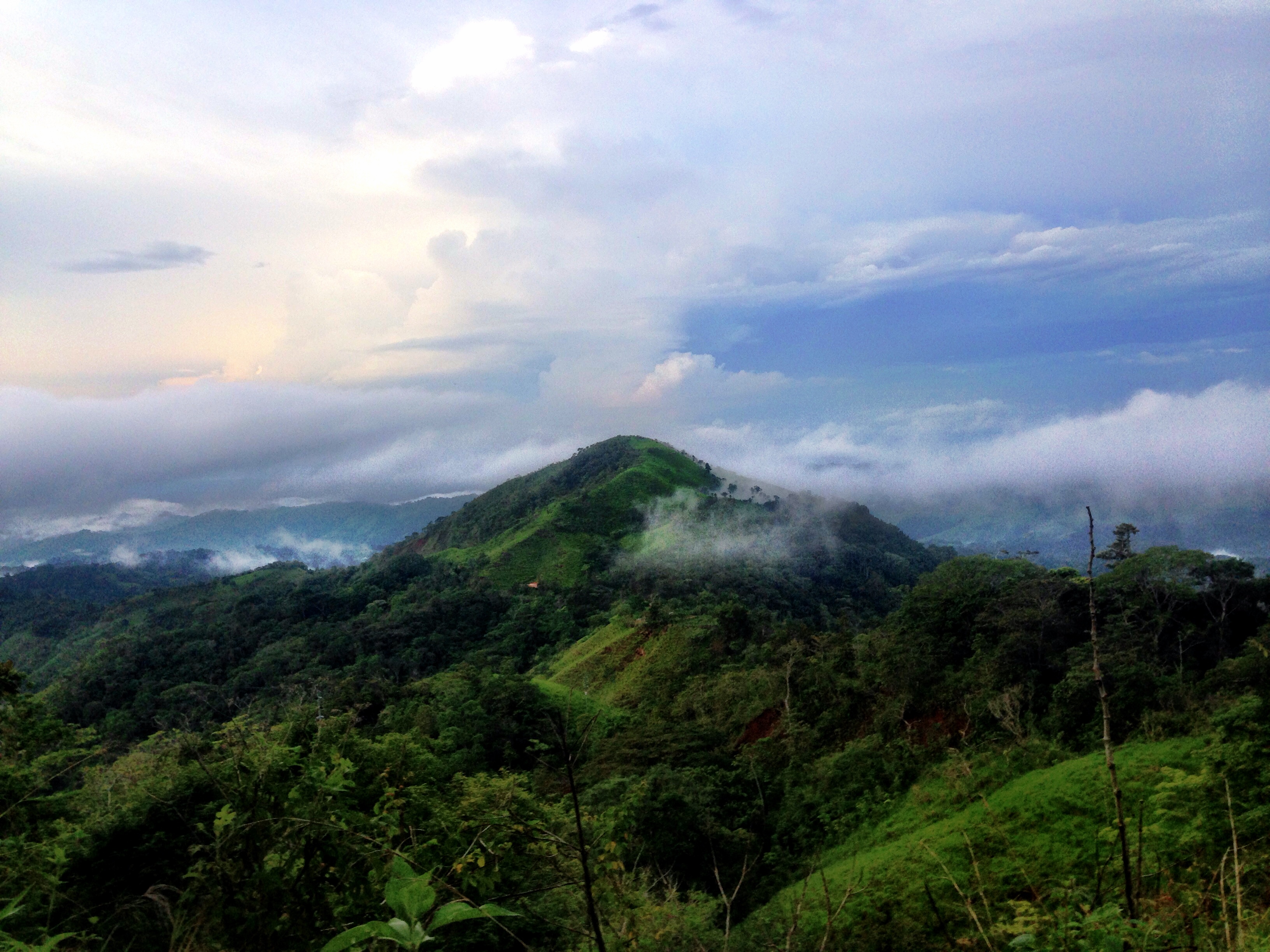 What does it mean to live on a dying planet? What will it take to save her? I was packing frantically for my ten months abroad in Costa Rica, and realized last minute that I still needed to bring a book. I looked quickly around my room, and my eyes alighted on “The Sixth Extinction” by Elizabeth Kolbert. I had started the book a couple of weeks back, but had yet to finish it.

I stuffed the book in my backpack, and ran out the door to the airport.

The book is fascinating, detailing the intriguing, yet horrific, ways in which humans are causing what many now call the Earth’s “Sixth Great Extinction”. The first chapter of the book talks about frogs, or more accurately, the lack thereof. It is now widely known that we are losing many of the world’s amphibian species at a startling rate. Scientists have linked decimated frog populations (in particular) to the widespread use of agricultural chemicals, habitat loss, climate change, and the percolation of pharmaceuticals (which can act as endocrine disruptors) from human disposals to outdoor streams.

Unfortunately, the chytrid fungus appears to be responsible for the greatest and most immediate devastation, most notably in Costa Rica and Panama (where it has wiped out entire species, and utterly silenced streams).[1] J. Alan Pounds from Costa Rica’s Monteverde Cloud Forest Reserve worries that rising global temperatures, in addition to directly affecting frog and tadpole survival, may be aiding in the fungus’s spread.[2] Another pathogen, ranavirus, may also be playing a key role in frog declines.[3]

The poster child for all of this, the Golden Toad, was a large, beautiful yellow specimen. It has not been seen in Costa Rica since 1989.

Of course, it was one thing for me to read about this ongoing catastrophe in a plane high above the forest, and quite another to experience it all on the ground. In Costa Rica, the land is constantly reverberating with life…the rainforest a medley of singing cicadas and birdcalls. Even in the darkest hour of the night, I awaken to tree leaves swaying above my mosquito net, and the humming and buzzing of the forest creatures reveling in the long evening rains. The chances to explore and experience this life are endless.

When Randall, the farm manager at the farm I am living at, offered to take me up to El Cerro de Cangreja, the highest point in the neighboring Cangreja National Park, I immediately said yes.

The next morning we set out early at 5 am, struggling up the mountain path just as the sun began to rise. As we did our best to dig our shoes into the muddy, rocky path that meandered in and out of trees and branching ferns, I began asking him about the kinds of wildlife we might see (if I could ever stop slipping and crashing around).

He pulled out a small laminated booklet full of colored illustrations of Costa Rican species and began to point to several species of birds and mammals.

Then he paused. “We probably won’t see many frogs”, he sighed.

“Are you losing them here?” I asked in horror.

“There are a couple of species that I think are extinct here now”, he replied, turning to look at me and visibly pained to have said so out loud. What does it mean to live in a dying planet?

It’s difficult to know yet how ecosystems here will change in the absence of frogs, but the early signs don’t look good.

A study by the University of Georgia succeeded in tracking sediment and algae levels within a particular stream over the period of time in which it underwent a catastrophic decline in its frog populations. The study found that as frog populations within the stream fell, sediment levels increased by nearly 250%, a phenomenon attributed to the loss of tadpoles needed to stir the bottom stream sediment layers. Abnormally high sediment levels choked out the amount of sunlight reaching the streams depths, and the stream’s algae died.[4] With the base of the stream’s food chain gone, and the aquatic ecosystem quickly fell apart.

Our impact on the environment is so enormous that many regard the Earth as having entered into a new epoch: The Anthropocene.

And here in Costa Rica you see it everywhere, even in a country noted for its extraordinary commitment to the environment. You can hear it in the lack of frog songs. You can see it in the barren hillsides where there was once rainforest. You see it in the deep red scars of exposed soil crisscrossing the hillsides with greater and greater intensity until all at once the landscape gives way entirely to giant palm tree plantations. As you keep driving (as I do to get to Manuel Antonio from my small village home), you will eventually pass the massive palm oil factory itself, its vast machinery rumbling beneath its rusty exterior.

You see humanity’s impact on the world upon arriving to the beach and gazing up at the hotels and massive developments, descending in layers all the way to the sea. You breathe it in, filling your lungs not only with early morning mist, but car exhaust. You feel it crunch underneath you, doing your best to step over the plastic bags in the streets and the cans of bug spray. You watch monkeys in the park tearing apart a Pringles can, the outer wrapper shredded into a million pieces and strewn about the grass. What will it take to save her…this beautiful green planet?

The truth is I don’t know. Maybe everything…a rapid change in the ways in which we live our lives here on this planet.

A redefinition of progress, a reimagining of society, a change of values, a commitment to the future, a renewed understanding of and appreciation for our deep dependence on the world, scientific discovery, collaboration, changes in urban and community planning, sacrifice, legislative work, encouragement.

But every one of us can do better than give up.

Every one of us can do better than decide that the problems are too large, and that as individuals we are too small.

We can do better than to throw up our hands and exclaim the inevitability of it all.

I cannot stand for this I decided, standing at the top of El Cerro and looking out at the world from above the clouds. I will not stand by and watch the streams go silent and the Arctic ice melt and agrochemicals contaminate our remaining water sources and the oceans acidify and roads pave over all the great forests. It may happen regardless of what I do, but I can no longer be an active participant in changing the planet so dramatically, impassive to the consequences of my actions and what they mean for the future of this world.

This fight goes far beyond my own life and those of my (perhaps future) children. What we do today will change the kind of life that survives here on this planet for the rest of its revolutions around the sun, long after we have gone. That is simultaneously the most fantastic and terrifying part. We get to decide.

So tell me, what will we do? One thought on “The Sixth Extinction”