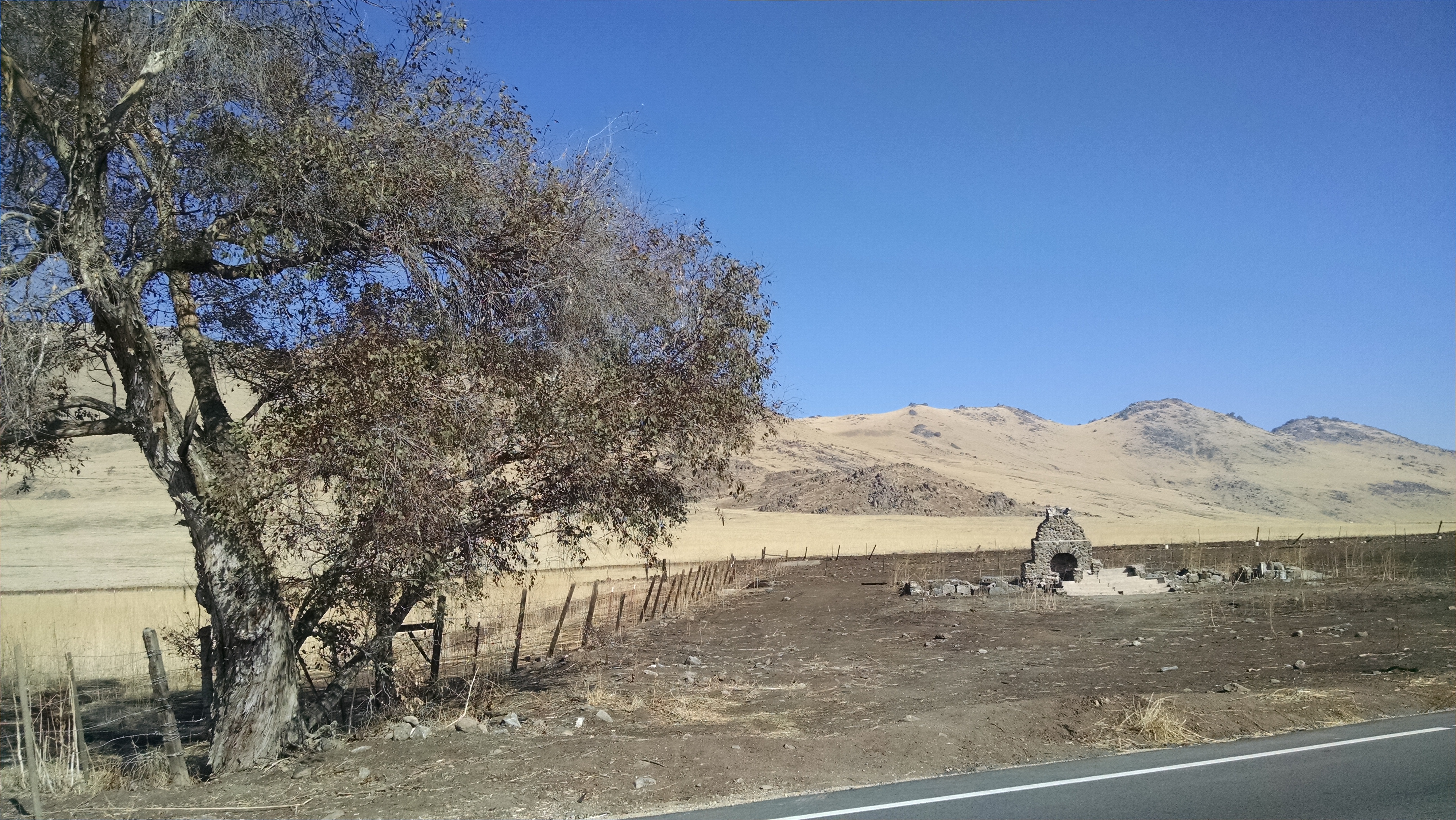 When you grow up in New Jersey but decide to go to college in California, you get a lot of questions about moving to the land of Hollywood and endless sun. Even the fates have a comment: at a family dinner on my last night in the Garden State, my fortune cookie foretold: “You are headed to the land of golden sunshine.”

Having spent three weeks of every summer visiting my grandparents in the San Francisco Bay Area, I thought I knew what I was in for. I was clear on the Hollywood issue (I would be going to Stanford, far from Hollywood in oh so many ways), but I did expect some sun. What they don’t show in the Stanford brochures, though, is that while the weather is bright and sunny much of the year, in the winter it rains. The foothills that I knew as golden turn emerald, and dry rivets become trickling springs. Salamanders and spring peeper frogs appear like magic. Up in the Sierra Nevada, the snowpack builds, ready to release the water when needed in the spring and summer heat.

So yes, in the Bay Area in the winter, it rains. Until it doesn’t. When I went back for my 15-year homecoming reunion in October 2015, California was suffering the effects of a four-consecutive-year drought. Winter had still been wetter than summer, but precipitation was meager. It would be even more of a stretch than usual to call the foothills golden.

They were just brown, plain and simple. Dust abounded. (Black turned out to be an unfortunate sartorial choice.)

Heading south through the Central Valley, I drove past some of the water-intensive almond farms, so maligned in the press for sucking up California’s much needed water. There were new plantings, too: rows of almond and pistachio saplings still tied to stakes to grow up straight. While basic science tells us that water flows from high to low, in practice water really flows where the money is. Oranges to almonds. Farms to cities.

I visited my relatives on their ranch in the Sierra foothills, between Fresno and Kings Canyon National Park. When planning the trip, it was unclear whether they would be home, as an evacuation warning had them packed and ready to leave if an active wildfire made its way over the ridgeline near their homes. Fortunately they were spared as a surprise rainfall aided firefighting in bringing the blaze under control. They shared stories of sitting on their back porch and watching trees explode on the top of the ridge from the heat. Driving to Kings Canyon and Sequoia, I was saddened by the sight of large swaths of “evergreens,” brown and dried. Drought plus bark beetles leads to an early demise. They won’t re-green.

I write this in an airplane in March 2016, almost five months later. Passing over the Sierra, I look out the window and see some snow through the wispy clouds, a good sign. The atmospheric-oceanic phenomenon known El Niño (Spanish for “The Boy,” meaning the Christ child, so-named because the warming of Pacific waters that starts the cycle occurs off the coast of Peru around Christmastime) gifted California with precipitation again. In fact, checking the weather when packing for this trip revealed a number of flood warnings.

When it’s dry, it’s really dry. And when it rains, it pours. This is what the climate models tell us more parts of the world will experience as global temperatures rise. For much of the Western United States, while there still will be cycles, the most likely trajectory on the projected climate warming pathway is dry. And for this year, researchers warn that even the El Niño deluge won’t rebuild the water storage to pre-drought levels.

This week I join 11 other Duke students in a course on water in California. We’ll travel from the San Francisco Bay Area to Yosemite and the Hetch Hetchy dam that stores water for San Francisco. We’ll visit reservoirs and rivers, the Central Valley and Fresno, exploring California’s complicated water history and thinking about its future.

California’s green now. But will the green always return?