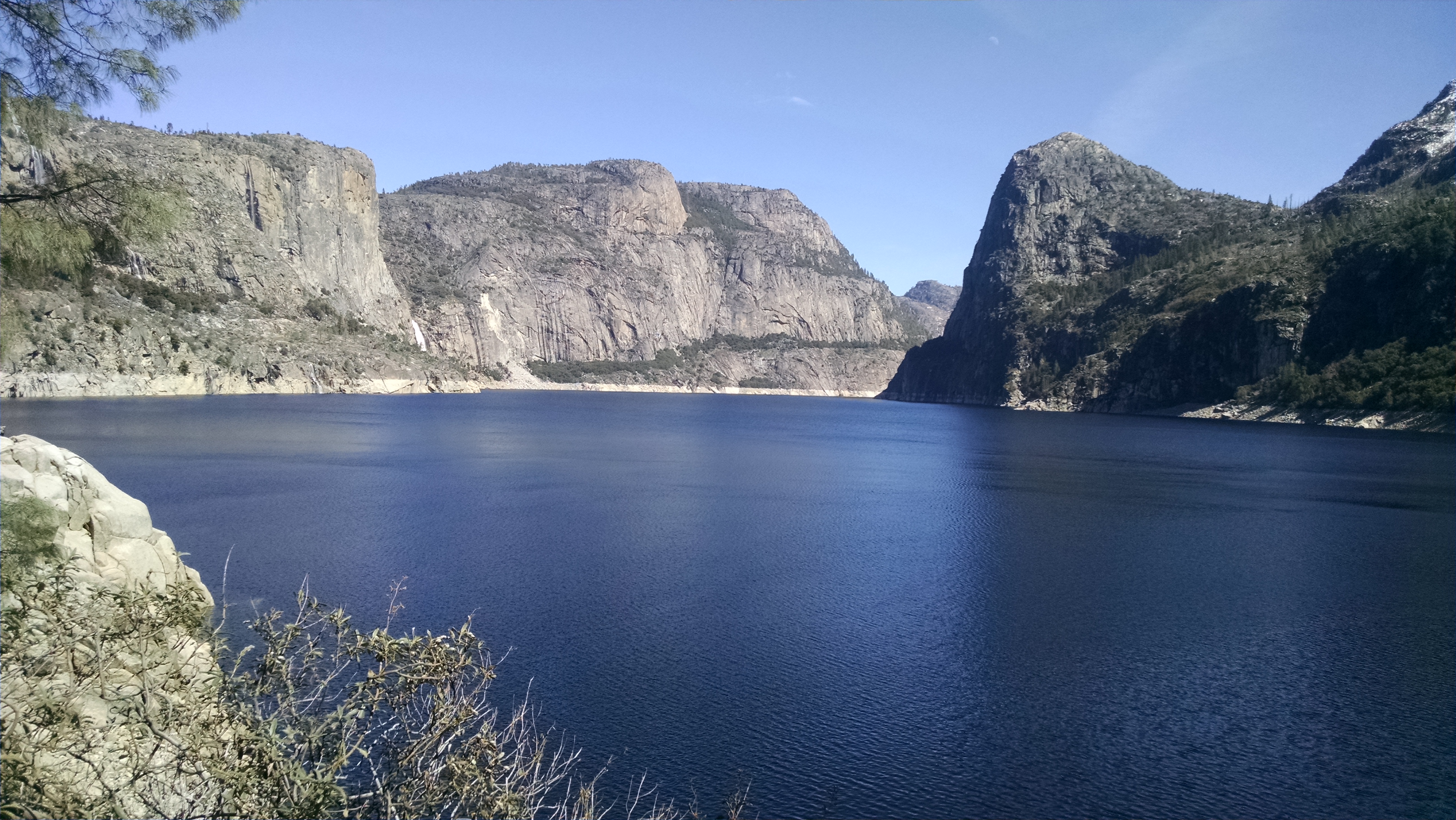 Californians breathed a collective sigh of relief when snow whitened the Sierra Nevada and rains returned this past winter. After five years of dryness, brown hillsides turned emerald green. Snowpack rebounded from almost nothing in the preceding year to about 90 percent of normal statewide by the first day of spring 2016. Northern reservoir water levels rose above some of the faded bathtub rings that had appeared during the scant years.

Despite the welcome precipitation, wetness in the early months of 2016 has not been enough to eliminate the drought. Taking into account precipitation, soil moisture, and other observations, the national drought monitor map, which is updated weekly by researchers at the University of Nebraska-Lincoln, the U.S. Department of Agriculture, and the National Oceanic and Atmospheric Administration (NOAA)—shows that almost all of California is still “abnormally dry”—or worse.

The bad news does not stop there. NOAA scientists recently announced that the El Niño atmospheric and oceanic circulation pattern that brought California’s winter rain and snow appears to be weakening. It is increasingly likely that La Niña—the opposite phenomenon, which tends to suppress Californian precipitation— will begin by next winter. The last several years may have just been a preview. In releasing his Executive Order on water conservation this month, Governor Jerry Brown noted that “now we know that drought is becoming a regular occurrence and water conservation must be a part of our everyday life.” Climatologists warn that as the planet warms, California will likely trend warmer, with longer dry periods in between precipitation events.

Nature, already capricious, is projected to become even less predictable; thus managing water well becomes increasingly urgent. State agencies and politicians that have rightfully taken the drought seriously thus far cannot drop the ball. But they also need to be careful not to over-correct with massive infrastructure projects that cannot withstand the vagaries of a changing climate.

California has dramatically altered its plumbing over the last century. Dams, canals, and aqueducts store and move water, largely from the mountains to farms and cities. According to the 2016 update of the California Water Action Plan, much of California’s infrastructure was built to cope with seven consecutive dry years. Unfortunately, the report notes, “today some regions and many communities struggle to maintain adequate water supplies after only a year or two of dry conditions.”

Farmers and cities are both angling for more water storage. California voters passed Proposition 1 in fall 2014, allocating $2.7 billion for water storage projects. For many, storage is synonymous with dams. Decades after the end of the era of big dam building, California is examining the possibility of constructing or expanding large dams at five sites.

Prop 1 funding can also go to underground water storage. Considering the ecological disruption associated with damming rivers and the losses from evaporation, on top of the fact that the prime reservoir sites have already been dammed, it makes sense for California to pay more attention to how to build up water storage underground.

California has lagged behind other states in regulating groundwater use. It wasn’t until September 2014 that California communities were given the right and responsibility to manage groundwater withdrawals. Historically any property owner could drill a well and use as much water as they could pump—a problem-ridden way to handle the use of any shared resource, particularly in a state with 38 million people and 77,000 farms. Overpumping during the drought dropped groundwater levels in some parts of the agriculturally prolific San Joaquin Valley by as much as 100 feet, according to NASA. Regulations to manage the overdraft are under development.

Researchers in state and federal agencies, as well as at the University of California and Stanford University, are studying what it would mean to augment underground aquifers. It may entail releasing more water from dams during the wet season to flood fields, allowing water to seep into the ground and raise water tables. Building ponds to collect and store rainwater can also help additional water percolate underground. A higher tech option (though one that is still cheaper than major dams or desalinating sea water) would be to systematically inject treated wastewater underground. More research is needed quickly to understand how various methods of groundwater replenishment affect crops, soils, geology, hydrology, and water quality.

California, producer of about a third of the nation’s vegetables and two-thirds of its fruits and nuts, is not the only place needing to understand and manage groundwater better. Overpumping is depleting the High Plains/Ogalalla aquifer that underlies parts of the country’s bread basket. And other countries even more dependent on groundwater for irrigation than the United States, importantly the population giants China and India, are also overpumping their groundwater stores.

The world will learn from how California solves its water woes. Hopefully the learning will not be from its failures, but from its successes.