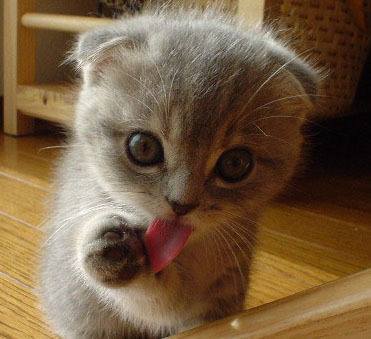 I start this series with a promise that it will not follow the stereotypical, depressing environmentalist gloom and doom narrative. Consider this cat:

Isn’t it cute? Well if you think so, then you have blood on your hands (err… brains?) because the #1 cause of bird death in the United States is predation by domestic cats Felis catus (yes, that’s really the latin name).

Cats are ideal vehicles for delivering bird death.  They’re stealthy, agile, lightning-quick and have hands made of bird fishing hooks.  On top of that, North American birds are particularly susceptible to cats, which being native to the old world, are relative newcomers to the continent.  Native North American birds simply are not well-adapted to cope with cats as part of the ecosystem.

As a result cats are able to rake in a mind-boggling 2.4 billion bird kills every year.  It’s not just the shear numbers, but also that they’re indiscriminate in their bird targets, taking federally listed Piping Plovers and  endangered petrels when given the chance.  We often treat cats like they are people, family members even, and yet no matter how much we love them or value their companionship, they will never understand the endangered species act, nor be prosecuted for violations.

I am struck by the irony of this bird tragedy. Most cat owners consider themselves lovers of not just cats, but of animals of all kinds. And yet by letting their housecats outdoors or by feeding feral cats that come mewling to their back doors, they are unwittingly fueling a genocide of North American birdlife.

When confronted with this gruesome reality cat-lovers occasionally radicalize into “cat crazies,” and there’s a chronic hissy-fit between bird conservationists and such cat rights advocates. It might not quite reach the level of Duke-UNC hatred or achieve the quantity of death threats inspired by pro-life vs pro-choice debates, but there’s a well-documented and entertaining sylvester vs tweedy feud out there.
See:

With this ferocious conflict in mind, let us consider this new potential solution that has recently blown up on some social media sites: Cat scrunchies.

While this may look like the start of an internet meme, these ridiculous-looking cat collars supposedly reduce bird mortality by 57% (according to some Australian researchers) by making cats more conspicuous to birds.

What a win-win! Bird lives are saved and cats get to look even cuter. And the American Dream could even get a win too; early investors in Birdsbesafe are liable to make a bundle off of such bird-saving cat accessories. In the US we’re pretty terrible at changing our behavior for the sake of the environment, but do you have a product we can buy that makes it look like we care and are making a difference? Sold!

But wait! Before you go off and order a case of scrunchies to distribute to all your cat-owning neighbors, friends and relatives, check out this competing technology, the CatBib:

The CatBib may not be as cute as the Cat Scrunchy, but it boasts a superior 81% reduction in bird mortality (‘university approved!’) by hindering cats’ speed and agility just enough to allow birds to escape.

As their website claims: “[CatBib] works by gently interfering with the precise timing, and coordination a cat needs for successful bird catching. It works by using the simple principle of coming between the cat and the bird just at the last moment. It defeats all the cat’s stealth and cunning at exactly the moment it’s needed.”

The cat haters out there will insist that the only real 100% effective solution is sequestering all cats indoors and eliminating populations of feral cats. They would be correct.

This seems like an appropriate time for me to reveal, and come to terms with, my personal cat-loving history. As someone who grew up with a feline pet in my home, I love cats. I’m quite sure that the cat-born toxoplasma infecting my brain give me no choice in the matter.

My childhood cat, “Elmo,” was a bird-murdering machine. I shudder to think of the countless hundreds of birds she killed over the years, some gruesomely ripped from our window-mounted bird-feeders before our eyes (her standing vertical leap was approximately 14 feet), not to mention the snakes and baby bunnies she whacked on the side.

If Elmo were a person she would have been diagnosed with some violent flavor of Antisocial Personality Disorder under DSM-5. Any unsolicited affection from her caretakers was met with furious growling, hissing, biting, scratching. She was known to rake eight-inch gashes into the forearms of uninitiated veterinarians who ignored our words of caution. One time we tried to trim her claws using special cat nail clippers with some vague idea that this would make her less dangerous to people, furniture and wildlife (in that order of importance). It took five people and 30 minutes for us to get the job done on the 8-pound animal. Needless to say we only tried it once. Somehow we loved her despite the fact that she was basically a feral, wild beast that just happened to enter our house whenever she pleased, which goes to show just how irrational cat owners can be about their pets.

The point is that an assassin like Elmo would no sooner have donned a Cat Scrunchy or CatBib than she would have taken to playing Piano or a joining into a family game of Jenga. If we had made any effort to put one of these contraptions near her head I’m sure she would have disemboweled the article and any associated human hands like they were a baby squirrel. Yes, Elmo may be on an extreme end of the cat behavior spectrum, but that it’s the same end of the spectrum that is responsible for most of the bird deaths.

So that’s my concern with these cutesy solutions. The only cats that will tolerate wearing the things are the ones who are too docile and lethargic to be much of a threat to birds to begin with. They also cannot solve the problem of feral cats, which lack an owner, necessary for purchase and installation of the paraphernalia.

But if these things could be placed on all cats, wouldn’t it make an awesome spectacle? Imagine all the cats in your neighborhood running around with bibs or frilly rainbow collars. That’s a sight that birds and I would love to see.

One thought on “Killing birds: Feed me meow!”