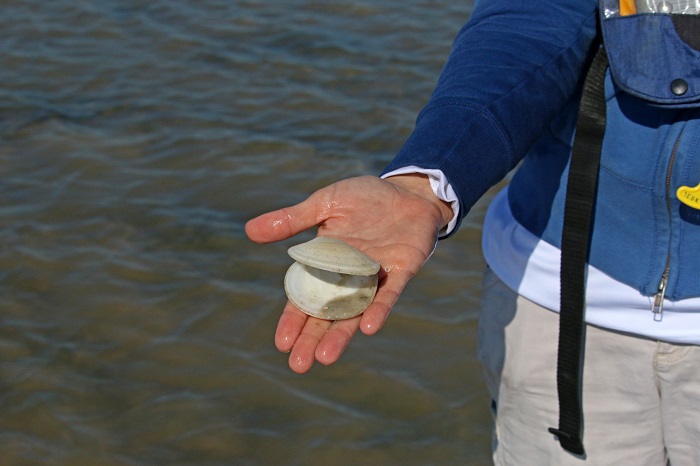 I know a lot of scientists. Most are in the field of ecology and spend their days chest-deep in marsh mud, scrambling up mountain slopes, pulling themselves up tree trunks, diving to the depths of seagrass meadows and so much more. They set out on ships for weeks at a time to study deep-sea creatures or climb over 100 feet into the air to change instrumentation on tech towers. These people – and their research – are simply cool, tapping into both exploration and travel enthusiasm. Why not create a television series devoted to their amazing work?

Flick through the National Geographic and Discovery channels on a daily basis and you’ll see lots of shows devoted to human interaction with nature and the environment. “Wicked Tuna” focuses on the short tuna season and the people who go after these giant fish. “Explorer” takes viewers around the globe, “opening a window on hidden parts of the world, unlocking mysteries both ancient and modern, and investigating stories of science, nature, and culture.” “Naked and Afraid” showcases survivalists trying to, well, survive in the wilderness for three weeks. If people are interested in these stories, why not a series focused on the lives of scientists?

Often, science documentaries revolve around the research ramifications themselves, with scientists there to explain their studies. Why not zoom in to how the discoveries are made in the first place? Picture a 30-minute episode in a ten session arc following three scientists in the most extreme field work conditions, from the jungle to the Arctic. Their trials and tribulations – from negotiating supply drops to run-ins with wildlife to interacting with local people – would be fascinating in the same way the aforementioned TV shows are; in extreme, stressful conditions, how will people interact?

Make no mistake, the science itself would still play an important role. Viewers would witness firsthand the lengths researchers and technicians go to answer what can be simple questions. Now more than ever, it is important for people across the country to have an accurate conception of the scientific process.

In a 2015 survey of 500 schoolchildren, run by Fatherly, surveyors asked kids what they wanted to be when they grew up. The good news? “Scientist” was one of the top 5 career choices for girls. The bad news: fewer than 5% of girls wanted to be scientists, and the career didn’t register on the boys’ top 5 list at all.

Perhaps many still picture scientists in lab coats and goggles, perhaps science is still seen as “uncool.” For example, on a photography site offering one million free images, pages and pages of “scientists” are in lab coats or peering through microscopes. While these stereotypes are true for some aspects of the STEM field, it is not the only way one does science.

Regardless, if children of all ages were exposed to a documentary series showcasing the adventure that is part of much ecological study, “scientist” could quickly grow as a sought-after career choice. At the very least, it would be nice to close the gap with “pro athlete,” which more than 15% of boys selected as their career of choice. After all, it’s much more plausible that a young student could actually become a scientist, as only .006% of high school baseball players get drafted to the pro leagues; for men’s basketball that percentage is closer to .0004%. In an older but equally interesting study from 2000, 73% of students placed athletes as the most admired people in their lives.

No offense to professional athletes, but scientists could be better role models. A television show showcasing the coolest aspects of their jobs would make scientists themselves more visible, leading to a larger voice in policy decisions and a greater percentage of people respecting their work or hoping to become them.