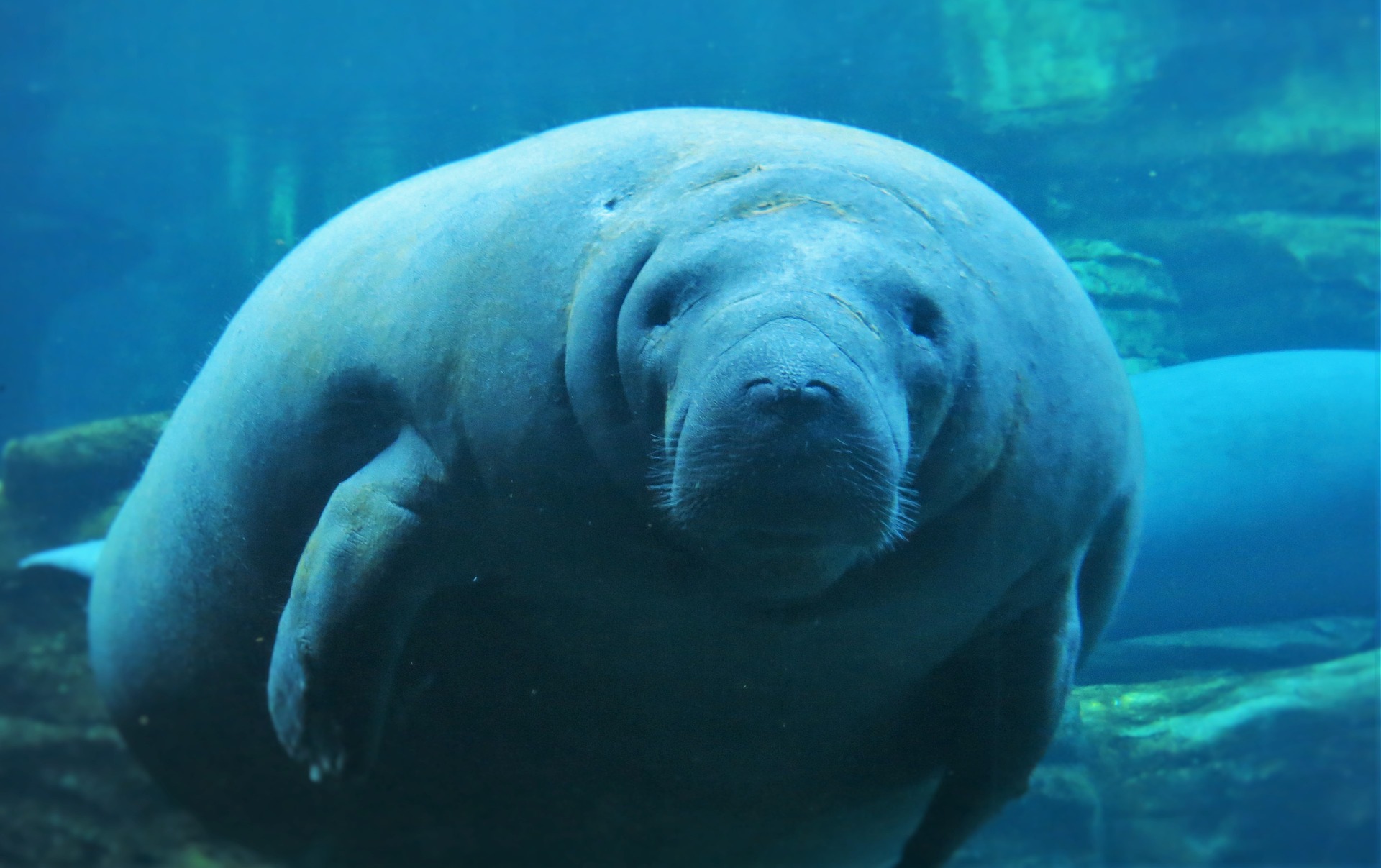 Sigh. These days it’s no fun to read the news. Most of the environmental stories are bad, and even the “good” ones don’t hold up to closer inspection. Take the West Indian Manatee, which lives in the coastal waters off of the Southeastern United States.

I love manatees (I’ve written about the species multiple times). Because I live in Florida now, I have had the privilege of spotting hundreds of them where they winter in natural Florida springs as well as near the warm waters of power plants – I’ve even snorkeled with them! In addition to being huge, this gentle giant perfectly encapsulates nature’s cool factor, swimming effortlessly with their impressive bulks and subsisting on a primarily vegetarian diet.

Manatees were recently moved from the federal endangered species list to the threatened species list. On the surface, this is good, right? The manatee population has increased from its lowest low to more than 6,000 individuals. A statement from U.S. Fish and Wildlife reads: “The agency attributes the comeback partly to the establishment of sanctuaries, the retrofitting of locks and levees, and regulations to reduce boater collisions.” Yay! We helped! Unfortunately, not all is as rosy as it appears. First of all, a population of 6,000 individuals is probably not robust, and experts believe manatees are still vulnerable to significant die-off events. In a separate statement, the Save Manatee Club claimed that U.S. Fish and Wildlife “failed to adequately consider data from 2010 to 2016, during which time manatees suffered from unprecedented mortality events linked to habitat pollution, dependence on artificial warm water sources, and record deaths from watercraft strikes.” They conclude that the delisting is politically motivated.

In 2014, I wrote a blog for the Nicholas School about protecting the manatees, and I still feel the same way. In 2013 alone over 800 were killed, and loss of habitat continues to be a problem. What Patrick Rose, executive director of the Save the Manatee Club, said then was equally applicable to today’s environment: “Essentially all of the elements of their habitat are at really high risk going forward in the future. If you look at the warm water that the manatees depend on in the winter time, whether it’s now from the power plants or from the natural springs, there’s no security in that.” He continues, “In fact, it’s predicted we’d be losing almost all of those artificial warming power plants in the next 50 years.” The manatee is still protected under the Marine Mammal Protection Act, and U.S. Fish and Wildlife has pointed out that they believe “that the downlisting will not have an appreciable effect on existing federal protections.” Still, the time to remain vigilant in our efforts to protect this iconic animal is not over. We must educate local communities on the importance of the manatee, and strive to protect habitat over and above what laws and regulations require.

It is excellent news that the manatee population has increased. I earnestly hope their numbers will continue to rise into the 21st century, and I will do what I can as a Floridian to make that happen!