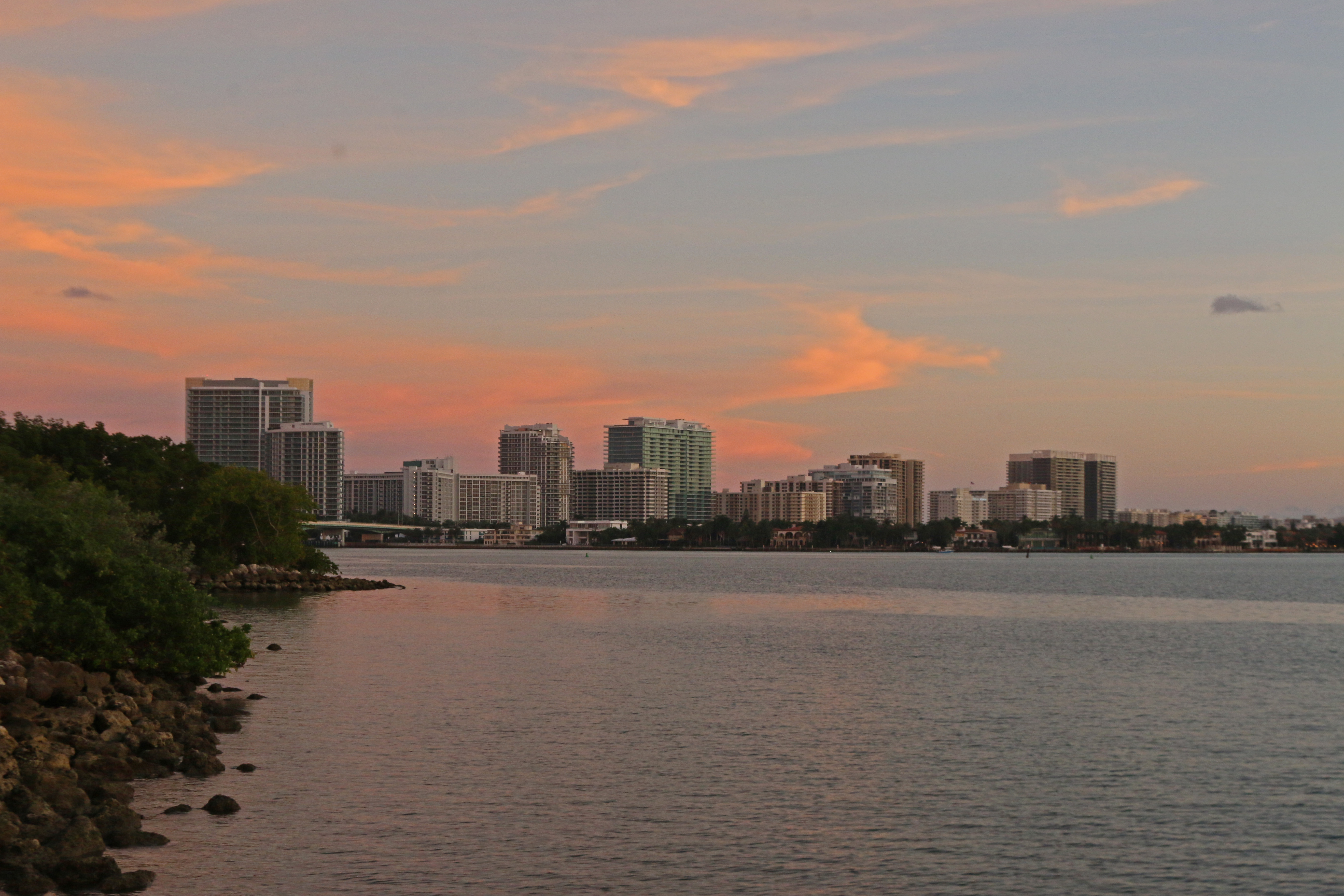 A good friend of mine from college and I had a brief conversation about climate change just before the holidays. After being ignored for most of the election season (in my opinion), climate change has fast engrossed the national debate as skeptics have taken major positions at the EPA and other organizations, even as other cabinet picks – including Secretary of State Rex Tillerson – voice their opinions about climate change consequences.

I respect my friend a great deal, and given that he is a law student at Stanford, he is also one of the smartest people I know. He is not a skeptic per se, but did say something that has stuck with me: when he asks questions about climate change – ones that he considers quite basic – many people who fervently believe in the science can’t answer them. Uh oh.

Honestly, neither he nor those he asked are alone: climate change science may be consistent, but it is also complicated. As a graduate of the Nic School, I consider myself well-versed in climate science, but even I have to think about the graphs, the facts and figures, the different data-sets as I try my best to answer questions. These conversations can be uncomfortable (some of the back and forth I’ve had and witnessed can become rather aggressive), but are ever more important as we try to protect the policies and programs critical to combating climate change. Even if you consider yourself an expert, you should take some time to prepare for these potential conversations. There are many great articles about how to have conversations with climate change skeptics (I have included links below), but I have also learned a few things that help me immensely when approaching these situations.

This is definitely the most difficult one. When climate science is attacked, it feels like science itself is being derided, a discipline that many of us have devoted our lives to in one shape or form. I find it hard not to take the criticisms – legitimate or otherwise – personally, which in turn induces an intense emotional response.

Instead, I try to feel empathy. Climate change is scary, a colossus coming towards us without a simple fix. It’s easier to not believe in global warming and feel you don’t have to do anything than it is to steel yourself for future actions or negative predictions. I totally get where people come from on this one; throughout college I honestly dug my head in the sand and refused to think much about it. After I graduated, I decided I’d rather be a part of the solution in some small way, even if it came with an extra does of anxiety.

The bottom line is, if you get angry, they will get angry, and the conversation will lose all opportunity to be constructive. Yelling will not drive your point home, nor will criticisms of their point of view or subtle (or not-so-subtle) biases. Strive for calm, always.

2) Deal with the red herrings first.

As climate change has become polarized, red herrings have emerged in the climate change debate. A red herring is defined as “something, especially a clue, that is or is intended to be misleading or distracting.” The examples are numerous:

– How high does the C02 concentration have to get before it hurts humans? – I’ve heard this one a few times. The issue, of course, is not individual human health, but collective well-being when climates shift and change all over the world. It’s also not just about humans, but about the complex ecosystems and millions of species that could be driven to extinction. Best to clear up this confusion from the get-go.

– But plants like C02, it helps them grow. What’s the problem? – Aha! Another seemingly positive benefit that misses the point of climate change predictions: that other climate factors will shift so quickly that plants (and animals) cannot adapt, regardless of their increased C02 consumption.

– So-and-so scientist does not believe in climate change and was ostracized, how can you believe scientists don’t have an agenda? – This one is tougher to tease out. There is a difference between legitimate discussion in the science itself – published in peer-reviewed journals – and the political reception to this science. It is critical to differentiate between the rigors of the scientific method itself, which overwhelmingly supports climate change models, and how journalists, politicians, and lay-people receive the work. In a recent Wall Street Journal article, Roger Pielke criticized the media in particular for “blacklisting” him for voicing unpopular climate opinions (note: he believes in climate change, he just doesn’t think the consequences are as dire as the models currently predict); the subtitle to his article reads “My research attacked by thought police in journalism, activist groups funded by billionaires, and even the White House.”

So why is this a red herring? Because it is easy for some to conclude that he is being attacked because scientists don’t want the secret to get out, that they are closing ranks, that they are silencing him. Actually, the article doesn’t say that at all. Let’s be real, Pielke testified before Congress, so he is hardly being silenced. Do I think the news media might have gone too far to keep him from publishing in the public sphere? Perhaps, but peer-reviewed journals have no qualms with his results, provided that his methods are sound. If you dig deeper, you find many scientific criticisms of his work, that can be valued when comparing his methodology to their questions. In addition, his university, CU Boulder, stood by him when Rep. Raul M. Grijalva ordered an inquiry into the professor as a result of his academic views. Other scientists rallied around him as well. Pielke’s criticism of his reception is purely in the public sphere, and does not in any way devalue the scientists or science of climate change – for that, one would have to read his papers and compare them against the thousands of other studies. 3) Graphs are your best friend, but you better know them inside and out.

Visuals are always helpful. My favorite is pointing out the rate of increase of C02 concentrations in the atmosphere is unbelievably rapid compared with hundreds of thousands of years of data and tracks fairly closely with industrialization. It is the rate that is important. However, you gotta know everything about your graph or you’ll lose credibility altogether. Have figures you like? Save them to a Google folder or onto your computer for easy retrieval.

4) Separate the science from solutions.

As I’ve had a series of these climate skeptic conversations, I find that they generally move towards what actions could be taken, and why some are feasible and others not. Citizens can prefer big government solutions or no federal involvement, they may lean towards market solutions, or look for individual actions. Differences of opinion here are natural, as similar discussions can be had about health care, the war on drugs, education reform, etc. If the conversation turns this way, point out that these are political solutions, not referendums on the underlying science of climate change itself. Don’t like government solutions? That’s totally fine, but we can all agree that climate change needs some kind of action.

These conversations can go on for hours. My mother, who is a research ecologist, once had an email chain that stretched over a period of months. There are some people you are never going to convince, regardless of how much information you have or how many studies you show as evidence. At a certain point, you have to protect your mental energy and just agree to disagree. In these circumstances, it is easy to consider yourself a “failure” if your conversation partner does not budge from their conviction that a) climate change isn’t happening b) climate change is happening but humans are not the cause c) climate change is happening, humans are the cause, but there is nothing we can do. You’re not a failure! Continue talking about climate change and moving the needle on public opinion – every interaction counts!

From time to time, I become frustrated when I feel I must defend the very scientific method that has led to our current climate change predictions. Do doctors have to talk for hours about the science that leads to a cancer diagnosis before their patients believe them? Do engineers recount the exact calculations of a bridge project before people will begin driving over the structure? No, for the most part, they are trusted as experts in their field, a luxury not currently afforded to many in the environmental field.

But that’s okay. For too long we have let our communication skills languish, and it’s time to begin a truly grassroots, inclusive environmental movement, one person at a time. The result will be much stronger – and longer lasting!