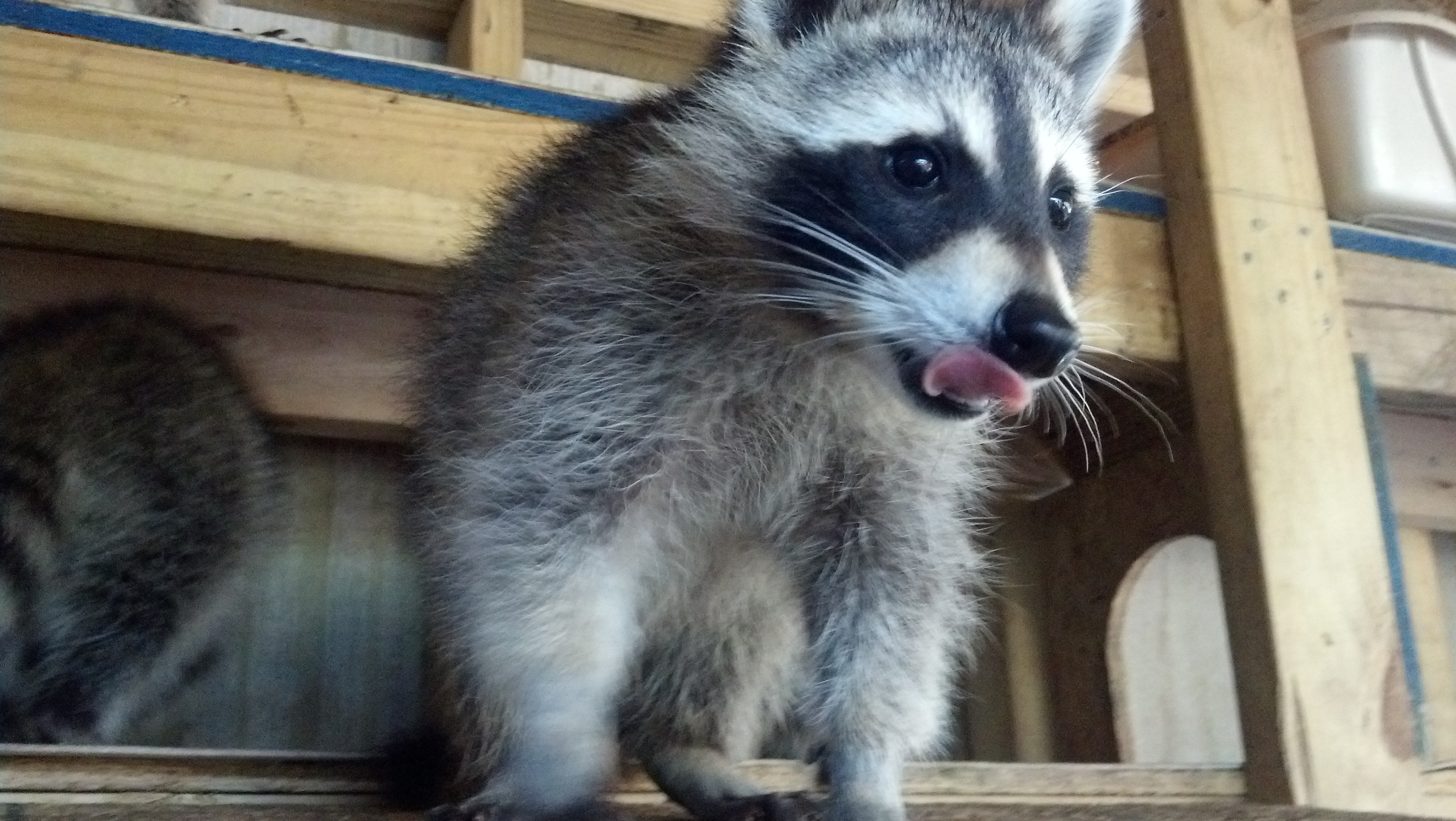 Our relaxing Saturday morning last weekend was suddenly interrupted by a small, furry, four legged critter. Going out to the backyard, my fiancé noticed a neighborhood cat acting strangely. Upon closer inspection, he discovered that the feline had a small rabbit in her jaws, barely the size of an open palm! Wresting the rabbit from the cat, Brian brought the shaking creature into the house, where at least for the moment it would be safe from the stalking cat outside.

Only, what were we to do with it now? Neither of us were bunny experts, but we knew enough to guess what would happen to it the moment we let it go. Keeping it was also out of the question, leaving us with only one viable option: Google. Google has a great many answers, and as luck would have it I knew exactly what to search. A few weeks before I had just happened to read a memoir of a woman who had begun her own wild bird rehabilitation practice in upstate New York. Though a bird is obviously not a rabbit, I sat down at my computer and quickly typed “wildlife rehabilitator, Virginia Beach” into the search bar.

The first hit was for the local SPCA. Well, we recognized that name, so we dialed away. No luck. Who had time to leave a message when a tiny bunny was trying to tunnel its way out of a small shoe box on the kitchen table? For try number two, I pulled up a list of private, licensed rehabilitators in the area. Though many of them have specialties, like birds, fawn, or turtles, I found a number for “small mammals” as well: Mary Meyer.

No guts no glory! Though it was barely 10 a.m., I dialed this stranger’s number and crossed my fingers that she would be able to pick up the phone. Unbelievably, after two rings a friendly, energetic voice greeted me from the other end of the line. Yes, she would be happy to take my rabbit, and yes, I could come over immediately!

I sprung into action. I had no idea how badly my little rabbit was hurt, or how time could affect his (her?) recovery. Throwing on some clothes, I gently carried the shoe box into the car and drove the 20 minutes to the address I had written down during our telephone conversation. Leaving the radio off so as not to spook my little critter, I gingerly opened the shoe box at every red light to make sure my charge was still breathing. 20 long minutes later, I pulled up to the wildlife rehabilitator’s home, marked by the statue of a dolphin printed with bird pictures. I was encouraged by the variety of bird feeders and feeding stations strewn throughout the yard, and up to the door I strode.

The moment I knocked on the door Mary Meyer took charge. Though she had a house full of kids and a friend visiting, she whisked my rabbit out of his temporary shoe box home, inspected him carefully, and then placed him in an animal cage filled with blankets for it to use as a nest. “He’ll be just fine,” she repeated, allowing me to breath a sigh of relief. What I thought was a race against time was really only a minor injury, and after a dose of antibiotics and some rest my new little friend would be released into the wild once more.

After she had placed the rabbit safely into the pile of blankets within the cage, she turned to me, “Do you want to see the raccoon?”

Of course I wanted to see the raccoon! According to Meyer, there are few rehabilitation facilities that would take raccoon in this area, and so she had a full house. Five small babies were still learning to lap milk from a bowl, while another, much older set were climbing the rafters in an outdoor cage at the side of the houses. I looked at them through the wire mesh of the cages, marveling that in just a few short weeks they would leave their human helpers forever and continue their lives in the wild, as nature intended. This has been a huge year for raccoon, Meyer told me. Though it’s barely August she has already cared for over 60 orphans, which are expensive and require a long period of care.

Some would argue that spending a great deal of money caring for these individual creatures is a waste, when the money could be put towards conserving land that would protect a greater number of both individuals and other species as well. That might be true. But for the most part it is human action injuring these individuals, whether through owning outdoor cats, hitting wildlife with our cars, or encroaching on their native habitat. Though we can’t save them all, we do have a certain responsibility for those injured right in front of our eyes. They are the real life effects of the decisions of both individual people and society at large, and ignoring the plight of even a small rabbit means ignoring the consequences of our actions. I bear equal responsibility – my family in  Maine has always had outdoor cats. Would the money be better spent on conservation? Maybe, but that argument would bear little weight with me if once again I came across an injured rabbit. As for me, I bid a final farewell to my little guy. In the grand scheme of things, I had gotten off pretty light. Many of the rehabilitators fund the creatures they care for out of pocket, or through donations from friends and family. I walked away from the experience with a huge amount of respect for Mary Meyer and the other rehabilitation specialists out there, who are donating both their time and money on behalf of their animal patients. I hope they know how much I, and my little rabbit, appreciate it!