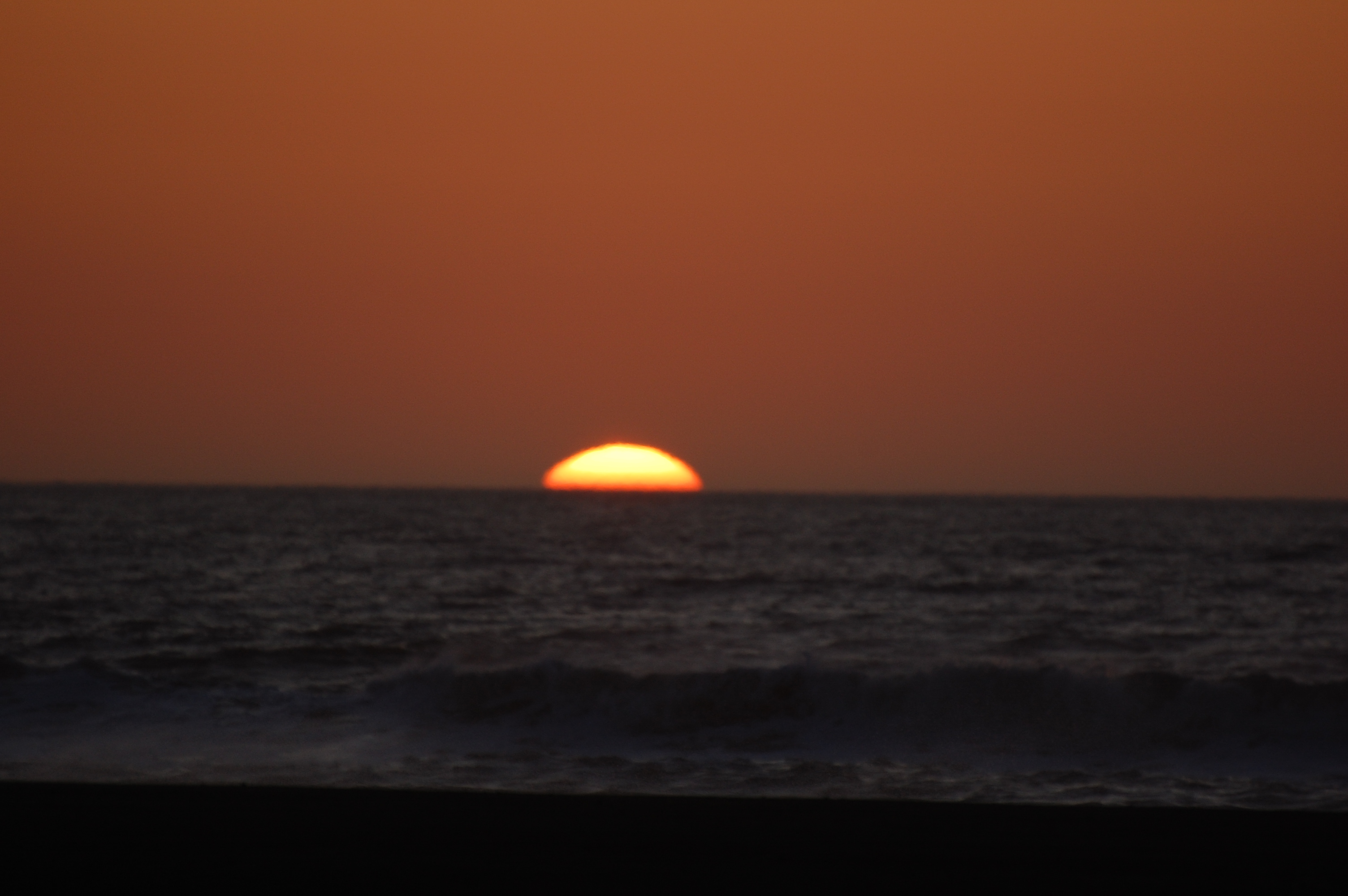 “Our long-lived cultural differences with the Eskimo has been over whether to accept the land as it is or to exert the will to change it into something else. The great task of life for the traditional Eskimo is still to achieve congruence with a reality that is already given.”

Waves pounded the gravel beach. An unusual sight in the Arctic.

Two things help create waves: the tides and the wind.

There are no tides in the Arctic Ocean – it is above the tidal pull of the earth.

In the past, the ice sheets have covered so much of the Arctic Ocean that the wind did not have enough geographic space to create waves.

Of course, this has now changed.

I turned to my friend, Steve.

“Well, if we can just figure out some emergency-strength dry suits, and find a board, and the wind holds, we could probably be some of the first white guys to surf in the Arctic.”

Somehow, we found a board. We even got some of the local search and rescue crew to help us with dry suits.

But then the wind passed, Steve rotated back home, and we missed our chance.

President Obama is visiting Kotzebue this week, 336 miles from Barrow. One of the key purposes of his trip is to highlight climate change.

Some people are upset that he continues to allow Shell to drill for oil in the Arctic Ocean. However, a lot of the local Alaska Native Iñupiat population, while worried about spills, supports continued oil exploration in the region.

Initially, this seems at odds with the identity of a culture that relies heavily on subsistence hunting.

I lived in Barrow for a few months in the fall of 2009, trying to conduct scientific outreach to local Iñupiat hunters.

Oil production provides revenues for every person in Alaska, and particularly the citizens of the North Slope, where Barrow sits.

One [white] person in Barrow I spoke with summed up the situation this way:

“It’s a paradox – the climate is changing, the Iñupiat are affected the most. Their lifestyle is threatened whatever they do. Yet, if we shut off the oil, they’re back to honeybuckets [using buckets as a toilet, as opposed to plumbing]. They profit some of the most of anyone from this deal.”

This summer I had a chance to visit a few different indigenous populations, namely the Sioux living on the Pine Ridge Reservation in South Dakota and the Cree living in Chisasibis, Quebec.

The government of Quebec has paid the Cree a lot of money in compensation for damming rivers in the Cree homelands for hydroelectric power. The Sioux are not well compensated for any particular resources on their reservation.

The Cree in Chisasibis, on the whole, continue to straddle the gulf between modern and traditional lifestyles, with a lot of success. On the Pine Ridge, it’s hard to see much beyond the difficulty of everyday life there.

The Iñupiat in the Arctic are, more successfully than many indigenous groups, also attempting to navigate this situation. To be sure, the community still suffers from the difficulties of trying to integrate into modern life.

However, their hunting culture is strong. The whole community does whale hunts every spring and fall.

It is easily the most joyous time of year for the community.

In the early 1800’s, a man named Maniilaq became famous among the Iñupiat.

In his book, The Last Light Breaking, Nick Jans describes Maniilaq as “a wandering holy man who saw The People’s future and led them toward it, risking death and ignoring. Some say he was the voice of God.”

Maniilaq had a gift for prophecy, according to many of the Iñupiat. Once, in the 1830’s, 60+ years before the first missionaries arrived on the North Slope and airplanes would be invented, he warned of a time when “White men [would be] coming from the east, riding up in the sky.”

In another instance, he suggested that “when the necessities of life become easier to obtain and survival becomes easier, then you will understand… Even the practice of being a [shaman] itself shall disappear.” Some towns on Alaska’s western coast, like Newtok and Shishmaref, are literally falling into the rising ocean. The situation we have created for these communities has made them dependent on the government to help them move out of this situation.

Their ancestors were semi-nomadic. Barry Lopez observed in Arctic Dreams that “we tend to think of places like the Arctic, the Antarctic, the Gobi, the Sahara, the Mojave, as primitive, but there are in fact no primitive or primeval landscapes.”

The predominant theme of pre-climate change biological research in the Arctic traced PCB loading in the food web. Polar bears, in particular, were suffering from the effects of PCB build-up as a result of being at the top of the food chain. I spoke with one hunter in Barrow who observed that “things have changed here before [with the arrival of white people]. Things are changing her now [the climate]. We are an adaptable people. We will survive all of it.”