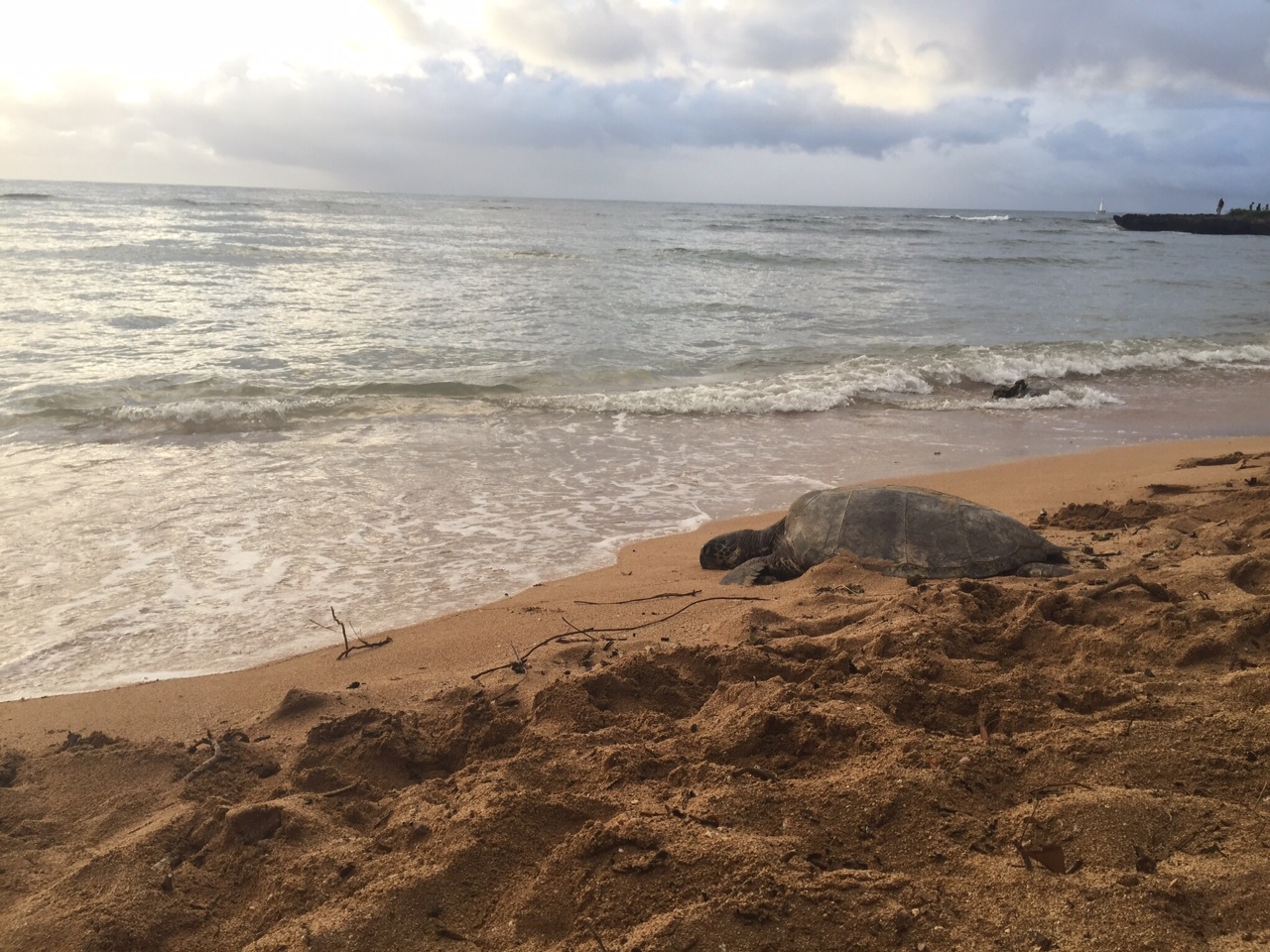 One of the things that initially attracted me to my internship with Hawaii’s DLNR is that a major task would be to help craft a long-term state management plan for sea turtles. I was eager to get my hands dirty in some sea turtle work outside of the East Coast’s usual loggerhead suspects—the species I’d mainly worked with previously—and knew I wanted to work with turtles in a policy/management arena, rather than the direct field experience.

When I learned of that task, I remember thinking something along the lines of, “Piece of cake. I got this.”

How wrong I was.

In a nutshell: marine conservation and management in Hawaii, particularly when it comes to sea turtles, is a whole different ballgame than it is on the East Coast. Let me unpack some of the most obvious differences:

So, now with this basic background and understanding established (which for the purpose of this blog only begins to scrape the surface of the landscape in Hawaii surrounding sea turtles), I have spent much of my time working on this report. And, developing this list isn’t as glamorous as it seems. It involves little field work and a lot of time behind a desk reading studies and reports.

This management plan will also complement extensive work already being done by the state, other conservation groups, and federal agencies. For instance, the state and NOAA have partnered for their FAST program (Fishing Around Sea Turtles) and the Barbless Circle Hook Project, which both push for responsible fishing around sea turtles and other protected species.

By combining a plan that is rooted in science, local ecology, and that includes specifications to each Hawaiian Island (that is a tricky part!), you can start to craft a sea turtle management plan—one in which sea turtles can coexist with people into the future, especially as Hawaii only becomes more populated in the coming years.