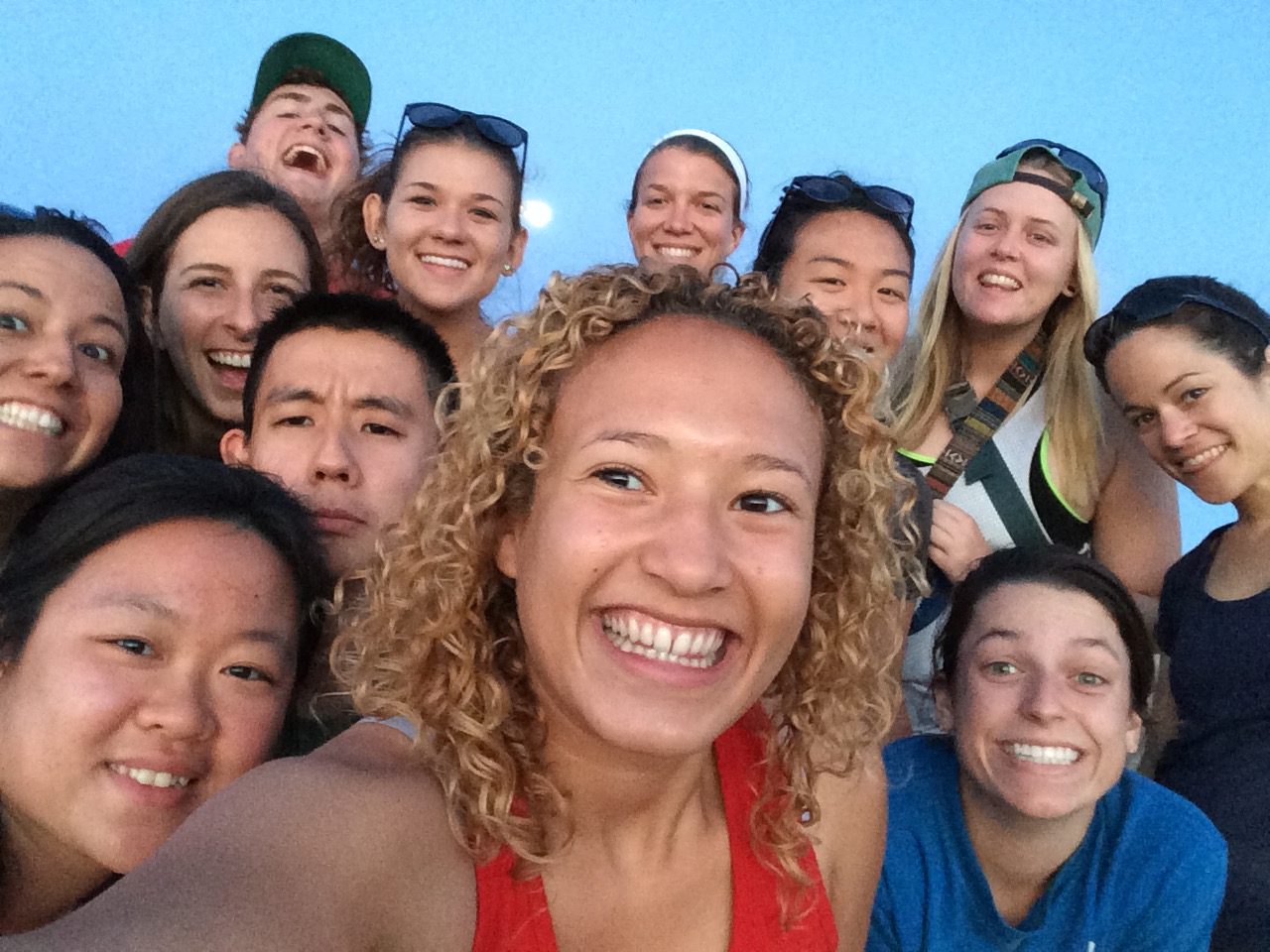 When I enrolled in this class, I knew I would learn about fisheries. I did not expect that I would also learn a few new dance moves.

Over the past few days our class has been diving into everything that is Conservation, Community, Governance, and Small-Scale Fisheries. Those four categories are the themes for the course, and over the next few weeks it is expected that we learn what those terms mean both on paper and in the Gulf of California. We have had class time at the field station, which is a colorful, palapa-covered research center in Kino owned by Prescott College. Whenever we leave campus (and sometimes when we observe interesting meetings at the station) we carry our handy-dandy field notebooks to jot down everything of importance. We also take notes from class in our field notebook and write diary entries to reflect on the experiences each day offers us.

The title of my notes reflecting on Sunday night read: “About Last Night – So Much Fun!”

On mid-day Sunday the students all sat down with leaders from three recently established fishing cooperatives in Puerto Libertad. We learned about their aspirations to establish a marine refuge in the Gulf, their struggles finding a fish buyer who appreciates sustainably produced catch, and their reasons for building cooperatives rather than living as independent fishers. While we talked, the fishermen and a man named Paco from the local NGO called COBI (Comunidad y Biodiversidad Asociación Civil) grilled us an amazing yellowtail smothered in two different family-recipe sauces and served it with freshly made tortillas. We continued to ask the fishermen questions over the meal while listening to Spanish-language music until the fishermen declared that they needed to leave. They would be playing in a softball game at 4 PM and needed to get dressed, but we were welcome to come as long as we fashioned a few noisemakers per their instructions.

We followed the fishermen- who were part of a team called Chusma- to their game and cheered them on with empty aluminum cans filled with pebbles. Half the town was parked around the small dirt stadium, families lounging in their truck beds watching the game and teenagers hitting their own baseballs on the adjacent road. Chusma had a whole following of local fans with their own rattling cans and, even though they lost the game, admitted to having a fun time.

As the sun set we walked back to the co-op president named Gabriel’s house and learned first-hand how fishermen in Puerto Libertad enjoy their Sunday evenings. Gabriel’s girlfriend Graciela first treated us with her own karaoke rendition of “What’s Up” by 4 Non Blondes, which was blasted from 4-ft tall speakers on their back porch and could be heard blocks away. Throughout the night Graciela played norteña music scattered with a few hits like “Taxi” and “Work” by Rihanna, indicating that neither she nor our professor Xavier planned to allow the class to stay sedentary.

Xavier taught us the local version of salsa, in which one foot stays in place and serves as the pivot while the other follows the leader. I danced with him, Donovan and a few of the other girls, and by the end of the night we were all sweaty and had definitely worked off our fish tacos. It was about nine o’clock at night when we all piled in the van to head to our campsite, but we did not leave before one of our own sang a theatrical “Hotel California” on the karaoke machine; one of the fishermen was so impressed that he threw a rag at the student like a crazed fangirl throwing her underwear at the Eagles themselves.

That Sunday night was possibly the best college party that I’ve attended, but the experience was about more than having a good time. We learned earlier in lecture that building rapport is an important part of anthropological work. We practiced our role as participant-observers that night–rather than read from a paper about the people in Puerto Libertad, we were blessed enough to join in on the dancing and singing. As long as we left a good impression, Xavier will be invited to bring his classes back to Gabriel’s house so that future classes can join in on the fun and learn more about the fisherman lifestyle in Puerto Libertad.