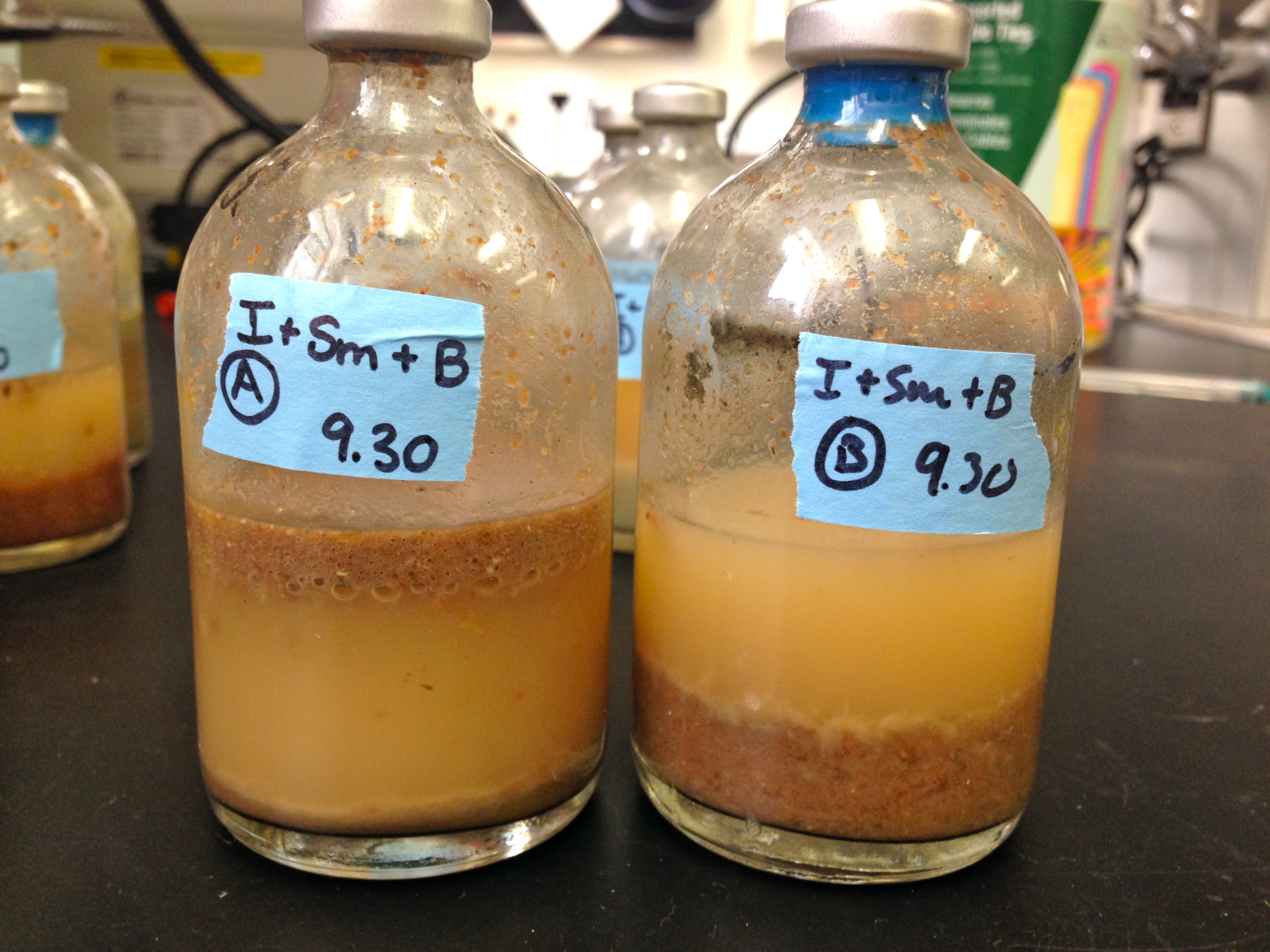 Biogas is one of the earliest forms of bioenergy, yet it is much less prevalent in the U.S. than in other countries such as Sweden, where it’s used to power public transportation. Biogas production is on the rise in the states though, as food waste is diverted from landfills and into anaerobic digesters.

Biogas is mainly methane and carbon dioxide. It can be used for heating and electricity production, and once upgraded it can serve the same purposes as natural gas. In addition to providing a renewable energy source, biogas production reduces landfill waste and captures the greenhouse gases these wastes would emit if left to degrade in the open. After leaving the anaerobic digester, the digested waste can also be used as compost.

Biogas is produced from anaerobic digestion, a multi-step process orchestrated by a diverse community of microorganisms coexisting in an oxygen-free digester tank. These microorganisms feast on organic matter loaded into the digester, typically some form of waste like livestock manure, agricultural waste, sewage, or food waste. Bacteria break down the organic matter into simpler molecules which are then fermented and broken down further by other bacteria. Finally, microorganisms known as methanogens use the resulting molecules to produce methane. Methanogens aren’t bacteria though, they belong to the domain Archaea. We’re well-acquainted with these microorganisms since they are responsible for methane production in wetlands and in our own guts.

Digesters in the U.S. are commonly found on farms and at wastewater treatment plants (WWTP) because these provide typical anaerobic digestion feedstocks (farm waste and sewage, respectively). In the U.S. there are about 200 farm digesters and 1500 WWTP digesters. By contrast, Germany takes the lead in Europe with about 6800 digesters (2011 data). That’s roughly 83 digesters per 1 million people in Germany versus 5 digesters per 1 million people in the United States. A host of economic incentives (e.g., feed-in tariffs, see 2009 rates on pg 11) and environmental legislation (e.g., the Landfill Directive) supported the growth of anaerobic digestion systems in Europe.

Food Waste as an Up-and-coming Feedstock

Stronger efforts to reduce the amount of organic waste sent to landfills in the U.S. have led to more digesters that consume food waste. WWTPs have increasingly been turning to co-digestion, in which the sewage from a WWTP is accompanied by other organic waste, like food waste, into anaerobic digesters. Other relatively new digesters have been consuming food waste alone as a feedstock. Food waste produces more biogas than sewage does, and digestion diverts food waste from landfills where it would emit greenhouse gases (but note that some landfills, about 500 in the U.S, collect landfill gas for fuel). The digested food waste can subsequently be sent to compost facilities or used as fertilizers. The following examples are just a sample of the WWTP co-digestion facilities and food waste digesters that have been emerging in the U.S. within the past few years.

In 2004, the East Bay Municipal Utility District in Oakland, CA was the first WWTP in the country to experiment with anaerobic digestion of collected food waste. Just a few weeks ago, the Newtown Creek WWTP announced it will begin co-digesting a portion of the municipal food waste collected by the NYC Organics Collection program. With this pilot study, the city hopes to attract private firms to build more digesters around NYC.

UC Davis researchers have successfully scaled-up commercial anaerobic digesters that can accept a variety of food wastes. They are opening another digester this January to divert organic waste produced on campus and use it to generate electricity from biogas. Madison, WI started a residential organic waste collection program in 2011 to provide a feedstock for the University of Wisconsin Oshkosh anaerobic digester. A new anaerobic digestion facility broke ground in San Jose, CA this November with the aim of digesting residential food waste as well. The Kroger food store chain has also started digesting spoiled food from over 300 regional stores at a facility in Compton, CA (video).

With food waste digestion catching on, researchers have been interested in creating stable microbial communities that are capable of producing as much methane as possible from a mixture of feedstocks. This fall in a Bioenergy course at Duke, we experimented with artificial sewage and food waste to compare the methane potential of different feedstocks. To make the food waste more palatable to microorganisms, we mashed up banana peels and squash rinds with a hand-held blender prior to the digestion. We added the food waste alone, the artificial sewage alone, and a combination of the food waste and sewage into different glass bottles. We then added some substrate from an anaerobic digester in Marc Deshusses’s lab, which already contained an established community of microorganisms. Over time we measured the bottles’ gas production, a job that wasn’t pleasant for anyone with a nose. Methane is odorless, but hydrogen sulfide gas can also be produced from the anaerobic decomposition of organic matter, and it was putrid.

Not surprisingly, we found that food waste alone produced the most biogas, with banana peels outperforming the squash rinds. With the high biogas potential from food waste, wastewater treatment plants may be asking for your cooking scraps in the near future, and their biogas just may be powering the treatment of your wastewater.