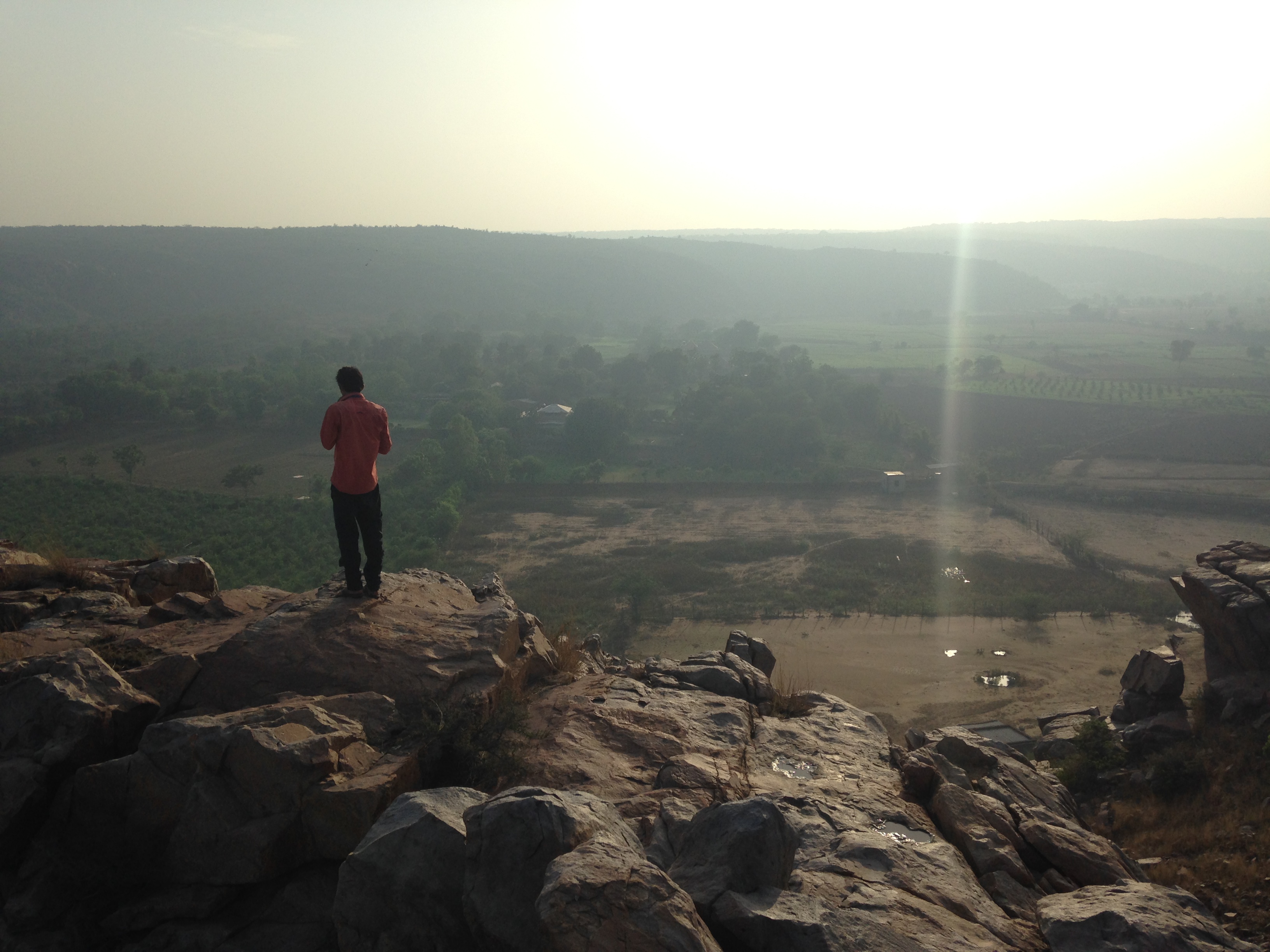 What is Nature? This is a longstanding question which continues to trouble us.

Here I provide an account of the 12/7/15 discussion which contemplated this seemingly banal but overwhelmingly complex question. I follow my brief review with a series of remarks offered as an invitation for subsequent blogs to address this topic.

This discussion – hosted by the Nature and People Discussion group (see @NAPatDuke on twitter) – was of particular relevance to myself and this blog as it brought together faculty from the Nicholas School of the Environment and Divinity School as well as the Law School. The informal panel of speakers included:

Here is a brief review of the comments by speaker:

Comments focused generally on the discrepancy between modern, market-driven, industrialized worldviews and that which can be generally called pre-modern. A critical disjuncture noted was a switch in conception of nature as organic whole to machine, or a nature which is full of life and conceived as a moral community switched to a nature which is a lifeless supply of component parts. Dr. Wirzba mentioned ancient Greek sources to relay one variety of pre-modern thinking on nature, including the Stoics who attempted to align thought with the laws of nature, and recognized an underlying life force called Nous. Another reference point was offered in a non-anthropocentric reading of the Bible.

Dr. Wirzba also criticized the tendency of certain forms of economics to define nature in relation to a market, described as an alien force. One last point I will mention is about the politics of defining nature. Dr. Wirzba relayed the story of a West Virginia Senator landing on the flat remains of a Kentucky Mountain Top Removal site, setting up a podium and saying isn’t this beautiful… This was offered to relay the challenge of coordinating among competing conceptions of nature. This is especially relevant as the mechanistic conception has the machinery of industry in close co-operation.

Comments highlighted the problems with the term nature. Key to this problem, Dr. Vidra suggested, is that nature can either be thought to refer to everything – including the contents of a trash can – or only wilderness which is inaccessible to some degree by definition and therefore marked by privilege. Dr. Vidra provided what’s at stake is that nature becomes meaningless for conservation – even the trash is nature and therefore discardable/undesirable – or it becomes exclusionary and marked by privilege.

Dr. Vidra also communicated a thought experiment conducted with her students. The experiment goes as follows: Imagine you are the last person on earth… imagine that there are no other human beings…therefore you are the last human being… but there are other species as normal. In this scenario, participants are asked to envision a series of behaviors which are detrimental to other species. The operative question is would this be okay, i.e. what is limit to ethical behavior outside of an anthropocentric lens. Dr. Vidra also discussed student definitions of nature elicited in student drawings as a response to a prompt to the question, what do you think when you hear the term nature. Often, drawings included sunrises, sunsets, mountains, i.e. the wondrous and often remote, such as the wilderness.

Jedediah’s key comments were generally in defense of the wilderness ideal as well as full-cost accounting.

He referenced an 1874 work of John Stuart Mill titled On Nature. This essay basically provides the same definition of nature as Dr. Vidra problematized above: generally stated as everything (the trash too) or the exceptional wilderness. Further, this essay can be seen to critique a stoic philosophy – if it’s goal is to accord human thought with nature – since it states that human thought can’t escape nature and further nature is not an inherent and universal good, but rather needs to be improved upon – Mill argues – by human labor/action.

Dr. Purdy also shared his personal experience of “nature” as an interface between his biography and the topography of his West Virginia upbringing. He suggests this regional tie to form his “environmental imagination.” Lastly, he provided for the aspirations of full-cost accounting as idealistic in the sense that he thinks it reflects a desire of people to really be aware of the impacts of their action, ambiguous though they may appear in a complex industrial economy marked by advanced division of labor.

An Invitation for Discussion

This discussion brings up foundational questions for my peers who are studying environmental management at the Nicholas School of the Environment. It is my hope that this discussion, initiated by the Nature and People discussion group (@NAPatDuke), will be continued in a couple of response blogs which address this question, asking What is Nature. A couple of my Duke Environment Blog Team friends – Amanda Bushnell, hosting the blog Fishy Business, and Brianna Elliot, hosting the blog Living Blue – have already indicated interested in exploring related questions.

Following the argument of John Stuart Mill sketched in brief above, nature is both our thought about the world as well as the material world itself. Further, “the world itself” is often shaped in important ways by human hands. This is human shaping has become the hallmark of our time – as a well accepted moniker for our era, the Anthropocene, denotes. It can be seen that – inevitably – nature ends up looking a lot like us and always has… in what seems a lot like circular logic where human beings define “nature” while necessarily being involved in the project of transforming that nature. It is hard to ignore the human gaze while attempt to stand on the solid ground of empirical measures of an distinctly non-human environment. Instead, the social constructivists have garnered a lot of traction in a symbolic turn emphasizing human thought rather than a logical positivist sense of objectivity. The great anthropologist, Clifford Geertz has been cited often with his memorable statement:

“Man is an animal suspended in the web of significance he himself has spun, and culture is the name given to this web of meaning” (Geertz, The Interpretation of Cultures).

Nature is a social construct for us, but surely it is also more than us. This is at least a deep hope: for it seems that to be worthy of conservation – might I say redemption – nature must be thought of as somehow different from the human beings who so often defile what David Abram insightfully calls the “More-Than-Human World” in his important 1996 book the The Spell of the Sensuous. This more than us conception of nature has been explored in explicit ways by posing questions about what nature becomes without us. A popular work in the apocalyptic/post-apocalyptic genre is Weisman’s 2007 The World Without Us which not too surprisingly imagines nature if humanity just instantly vanished. The recognition that the more-than-human exists with inherent value is important, but I urge that Weisman’s thought experiment, the project of attempting to see nature as if we can dislocate ourselves from human bodies, should not be given much thought. Instead, Abrams thinking about nature seems more productive because it is clear that humans are implicated in profound relationship with other species necessarily and in a way which teaches us what it is to be human more fully.

This is the age of geographic information systems and remote sensing where real time data collection promises a more accurate view of nature. Seeing nature is now like scanning a Facebook wall or checking in on quick tweets from your favorite species. In this move, it seems the definition of nature will materialize as self-evident. In other words, an objective nature seems accessible without addressing culture. It is cautioned however, that we do not mistake seeing some things clearly for understanding “nature.” It is the problem of the circular logic mentioned above: Discoveries about what nature is are a change in nature. A problem for objectivity. In seeing somethings clearly with direct measures, we need to ask what is being blurred in the background.

Thomas Kuhn’s Structure of Scientific Revolutions has been influential for me in debunking the concept of pure science or objectivity. This work emphasizes the need to recognize paradigms and also the technological apparatus at play in operative paradigms. The technological apparatus is not value neutral. Rather, it is imbued with our hubris. Academic disciplines built around the scientific enterprise of seeing/understanding nature – our biology and geology – have been confronted with the interdisciplinary thrust offered by ecology, which has went the farthest in seeing nature as “Man and the Biosphere,” such as was named in the 1971 UNESCO imitative. This thrust is ongoing. A distinction between nature and human being exists merely in semantics. Thus, it is semantics where we should start. What is nature? What do you think?

This is an invitation to enter the more-than-human world.