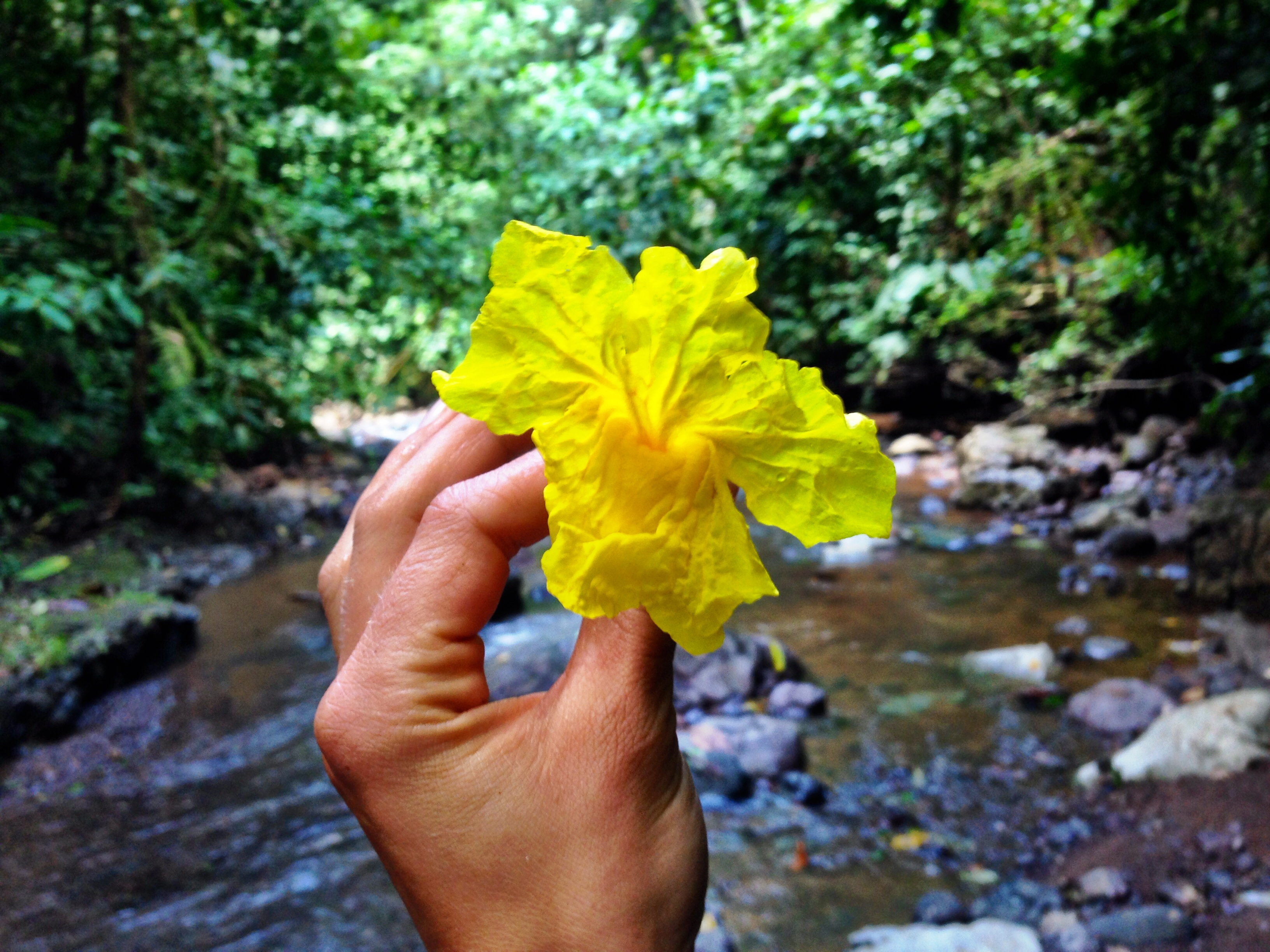 I see the world now not as something solid or unchanging, but as a collection of constantly evolving energies. These energies are ultimately dependent on each other—we are all in some way connected together. Life is, ultimately, a great dance through space.

Spending so much time in the natural world has impressed upon me over and over again the concept of “One Life”, or the indescribable, underlying vitality that you can feel somewhere deep inside you (and sense pulsing in everything else), whenever you choose to pay attention to it. Scientists say that we are all, on a fundamental level, made up of the same thing—that we are all derived from stardust. Our fates are all tied up together in a climate, and a world, that are changing at an alarming rate.

As someone growing up in the United States, I was taught, as I think many people are, to value the individual. I was taught to take care of myself, to value myself, and to make the best decision for me. I was raised to feel like I was a separate entity, an impermeable being, removed physically (and often mentally and emotionally as well) from everything else.

But this isn’t true. I’m not separate from anything or anyone else. Not entirely, anyway.

I learned to place myself at the center of everything—to build the universe out around my physical being. It was considered normal to see and understand the world principally through my own eyes. This was the world that I grew up constructing.

But I’m beginning to realize that that isn’t how the world really is. It is through the mindset of individualism (and I think fear), a me-against-the world mentality, that I think that we consume and compete with each other so fiercely.

We forget that we are all connected, and that to live in peace in this world requires acknowledging and embracing a concept of shared destiny (and origin). It is time to end our mad race towards oblivion, once and for all. We are saving ourselves, or making something of ourselves, or striving to feel a sense of belonging, or peace, or struggling just to survive… and yet somehow we all have to take the time to stop and realize that in the end, we can’t do any of it if we’re not in it together. In the past, I was driven in all of the “right” ways. I was an athlete or I was pre-med or I was a researcher…I was always something. I was always defining myself in one-word descriptors, or in titles. I clung to them. They were my identity.

As this wasn’t very fulfilling, I was always seeking something…and it meant that I usually did things based first and foremost on whether they positively impacted me, on whether they gave me a fleeting sense of happiness. I was concerned about “getting somewhere.” I walked around a lot in my own shoes. I searched for a sense of place, not realizing it was right in front of me the whole time.

It wasn’t that I didn’t do things for other people, that I couldn’t connect emotionally with others, that I didn’t engage in environmental causes. But I do think that my understanding of the world was more egocentric than it is now. A sense of separateness from the world and those around me is not what I want to carry forward in my life. It is the mentality that leads to a very narrow and strange definition of “success” in our society—and that drives an ultimately damaging rat race/work-obsessed culture. It us the mindset that leaves in its wake a people stuck feeling on-edge, competitive, uninspired, fearful, and unfulfilled.

I am not something, and I never have been. You can’t package me up into a word, and you can’t separate me from the rest. I’m someone. And there is a lot more involved when you decide to be someone. When you are someone, you become a complex entity in an even more complex universe. You become a piece of a whole. You become connected. I meditated on all of this today…rolling out my yoga mat up high above the trees. I closed my eyes. I listened to which birds called out across the valley. I smiled. I could tell, just from which calls I could hear, that it was late afternoon. I’m becoming aware here of so many new life rhythms than I knew before…

Grounded but flowing, I sank deeper into the warmth of the sun and the warmth of the worn wood beneath me. I moved from pose to pose as the sun sank lower in the sky. A few voices slowly filtered down from further up on the hill.

What would happen? How would it feel? Where would the world go? Which way would it tip? If we are all a bundle of interconnected energies—then every thought and action and emission of light and love or anger or fear matters.

Whatever energy we create is ultimately reflected back to us.

In this way we are all important…we are all essential pieces in this grand puzzle. We will live and die together. We can exist in our separate worlds, or we find something beautiful, we can live, in it all together.

I can feel my perspective, when it comes to everything, shifting here. I give more. I open up more. I love more freely. I am learning to love unconditionally. I am moving, shifting, changing, seeking…

I am looking for something different from my past…and I am finding it. My mind is quiet for longer and longer stretches of time. I live close to the land. I never take more than I need. I feel, for fleeting moments at least, totally at peace.

What would happen? How would it feel? Where would the world go? Which way would it tip?…

I have been reading (as much as my internet will allow) about the Paris Climate Talks. Everything is changing in Costa Rica—droughts and flooding and a rapidly acidifying ocean and species extinction seemingly everywhere. Nature is unraveling…and we with her.

We are OUT OF TIME.

I used to think that to save ourselves we would need an environmental revolution—something that would require massive political and economic change.

Now, I realize that truly the first step to any sort of long-term progress lies in a revolution of consciousness. We have to change the way that people think. And have to inspire that kind of change now.

To change everything will require healing on a mass scale…a wave of compassion and a trust and a faith and a love that can move across the globe with the kind of intensity that I know that we are all capable of.

You don’t try to escape a life that you feel connected to. You don’t harm an Earth that you see. You don’t ignore a person who you feel.

Change is coming. In the cities and under the trees. From the poles to the tropics…it’s coming. And maybe, just maybe, it starts with me.