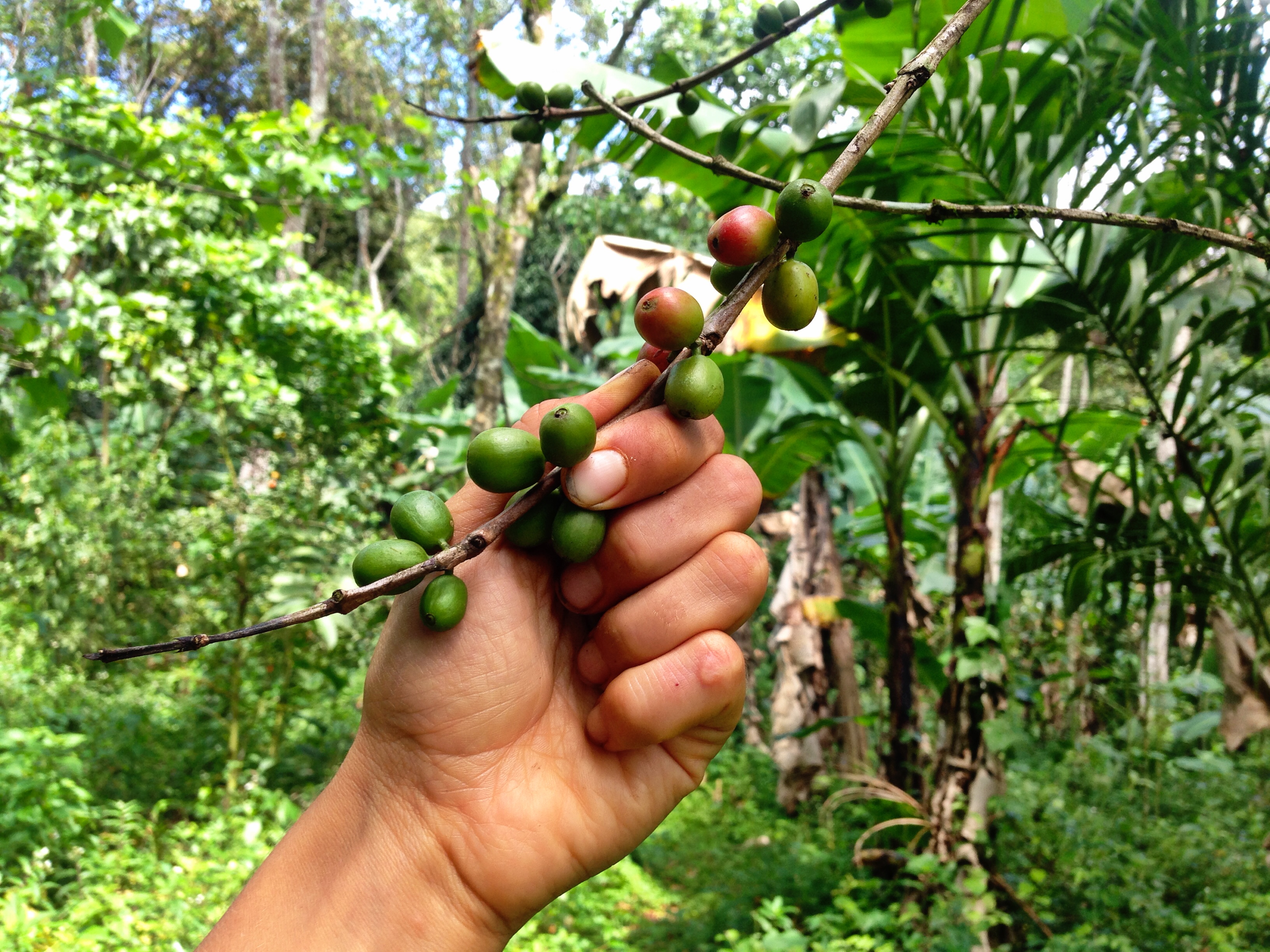 I have been conducting interviews in Costa Rica for the past eight months as part of the Hart Fellowship Program. The testimonies that I collect help me to understand what is happening to small-scale farmers and fishermen, particularly in light of recent commercial development, globalization, foreign investment, and the introduction of industrial fishing and farming techniques here.

I feel that it is important to grasp what the implications of a changing food system in Costa Rica might be. I am hoping to identify the ramifications related to a loss of traditional food production practices as they pertain to human health, the environment, economic activity, and Costa Rican culture.

Many of the stories that I hear and record are beautiful and inspiring. Others leave me feeling hollow inside…they are words draped in despair.

I met a woman living in the town Dominicalito, a tiny undeveloped “pueblo” in the southern Pacific Coast whose story stuck with me. I noticed her working in one of the hotels in nearby Dominical. She smiled at me, and I stopped to talk.

I was explaining my project to her, and she told me that her husband worked as a fisherman. I asked if I could speak with him, but she nodded her head no, explaining that he was far out at sea.

I was surprised, and looked up at her a bit startled. The fishermen that I had interviewed further north all worked only during the day, able to return home to their families every night.

I had seen the local boats and examined their small wooden hulls. They seemed barely big enough to hold fish and bait, yet alone provide living space.

There were tears in the woman’s eyes.

“My son is with him on the boat, too. He’s only fourteen. He quit school last year. I didn’t want him to go. They are so far out that there is not cell service, so I never know if they are okay. I wanted him to get an education. I did not want this life for him yet,” she explained.

I sank down cross-legged on the floor. We continued talking.

In years past, she explained, the fish had always been plentiful. The area’s fisherman left the bay from five to noon and returned in the midday heat with enough fish to feed their families. Now, they must go out for often weeks at a time, traveling farther and farther out to sea each time to find enough to scrape together a living. Sometimes fishermen travel nearly all the way down the coast to Corcovado National Park, too. They are desperate to bring back even a fraction of their historical hauls.

Unfortunately, this woman’s story is far from an abnormality.

Traditional fishing communities are quickly disappearing around the entire country, even with all hands on deck. With so few fish left to catch, it doesn’t matter how many family members jump into the business, it is seeming increasingly impossible to attain any sort of financial stability.

Although climate change and greater ocean acidity may be playing a role in recent declines in fish populations, fisherman up and down the Pacific coast of Costa Rica all blame the same culprit: industrial fishing.

They tell me that huge commercial boats from Venezuela, Japan, China, the United States, and Costa Rica began arriving en mass off the coast only about six years ago. Since then, these boats have nearly destroyed several oceanic ecosystems, swiftly accomplishing nearly complete localized extinction of many species with their huge nets.

“The fish are just all gone now. They use large nets, and the holes are so small that nothing escapes them. They travel up and down the coast day and night,” the woman from Dominicalito explained.

It has been the same story in nearly every fishing village.

Unfortunately, commercial fishing is not the only “big industry” ripping apart Costa Rica socially, economically, and environmentally. Industrial-sized monoculture farming, imposed by several politically powerful global companies, is swiftly destroying the land and wrecking havoc on the health of the local people as well.

I recently spoke with a man living in San Carlos, a town just north of San Jose. His story was chilling.

“Do you drink the water here?” I asked him.

“When you turn on the faucet it smells of sulfur and something else. At the town hall meeting they said they are working on fixing the water so that it would be clean. They promised tankers to bring fresh water, but the shipments are often late. The people are forced to wash their clothes and dishes with the contaminated water. If the tankers are really late, they have to drink the bad water too.”

“What do you think is wrong with the water?”

“The big food companies like Dole, they have these huge pineapple plantations everywhere, and they use so many chemicals. It makes them grow faster I think. But when it rains hard here, it all runs off everywhere. The people, and especially the workers are sick. And if they puncture their finger harvesting a pineapple it becomes horribly infected. I’ve seen entire hands blown up like balloons. They are paid nothing really, maybe $100 a week for 12 hours a day. They’ll be fired in a month, once the harvest is over.”

Global pineapple production—an industry standing on the back of environmental damage and exploitation of the local people—has increased nearly 50% since 1998. Companies are using chemicals in Costa Rica banned in both the U.S. and Europe. Organophosphates, organochlorines, hormone disruptors, and other persistent, toxic chemicals are sprayed with very little (or no) oversight and regulation. Currently 90 complaints related to the health and safety of public water, aimed at 19 different pineapple companies, sit before Costa Rica’s environmental court.

The human health consequences of great monoculture plantations and their spray machines, including birth defects and cancer, are unforgivable. This is exploitation of the poor in the name of greed.

And it is not just pineapple, but ranching and banana and coffee production as well that are contributing to deforestation, agrochemical contamination, erosion, climate change, and a loss of biodiversity. We run the risk of creating a major human health disaster here in Costa Rica.

I ask the local people what to write about, what to tell people back home, what can be done. They all tell me the same thing: know the faces behind your food, understand the systems you are complicit in, acknowledge your role in this world, and examine your daily choices.

The United States and Europe consume the majority of Costa Rica’s exported products, whether it be tropical fruits or Pacific Coast tuna. Citizens in the U.S. are wittingly or unwittingly destroying a people many of them will never know, and ripping apart one of the most beautiful places in the world.

We have the responsibility to demand something different. We have the power to change the world with our choices. It’s time to act now. It’s past time.