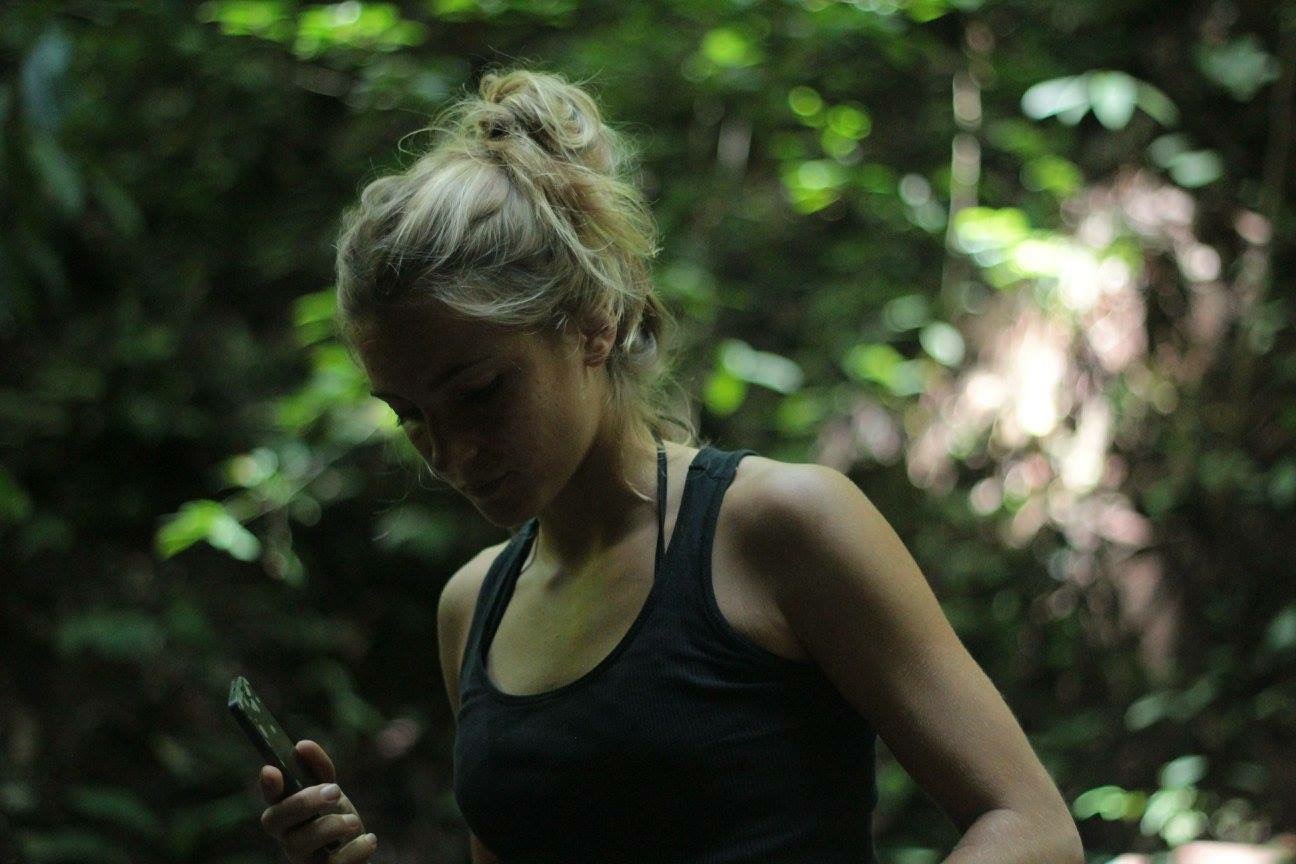 I recently opened a copy of National Geographic to an article titled “Why We (Still) Can’t Live Without Rubber”. The piece, written by Charles Mann, details the destruction of large swaths of Southeast Asian rainforests in the drive for profitable new rubber tree plantations.

The exposé paints a bleak scene. As global demand for tires (to fit new automobiles, trucks, and airplanes, primarily) continues to increase, so does our demand for rubber. Unfortunately, this “rubber gold rush” is leaving in its wake devastated land: we are cutting and burning to the ground one of the world’s richest, most bio-diverse forests. Now in many parts of Asia what was once dense, seemingly impenetrable rainforest has now been replaced with row after row of H. brasiliensis (rubber trees).

Mann writes succinctly and powerfully, “Each of the five tires [on Chin’s truck]—one on each wheel plus a spare—is like a small patch of tropical forest, stripped and compressed into a glossy black ring. So is every tire on my car and yours”.

In other words, nearly all of us are implicated in this environmental disaster. Whether willing or unwilling, cognizant or not, we are all drivers and participants in deforestation on a massive scale.

Unfortunately, monoculture fields (like those consisting of rubber trees) lack the ability to provide the ecosystem services that people so desperately depend on. In tropical rainforests, the majority of nutrients lie in the forest canopy. When trees are cut, the soil below quickly loses its nutrients and erodes, particularly during heavy rains and without the support of traditional root systems. The mixture of leaves, branches, and animal excrement that normally rains down to replenish the forest floor disappears without dense tree cover. Without a protective overhead arboreal umbrella, the soil is exposed to intense sun, and quickly loses its moisture and essential microorganismal communities.

Without trees, transpiration decreases, disrupting the local water cycle. Of course, there are far fewer plants pulling CO2 out of the air as well, and decaying trees release carbon, contributing to climate change. All of this is to say nothing about the loss of habitat and major decreases in local and global biodiversity. With the destruction of the world’s forests, we lose the entire ecosystems, forfeiting scientific knowledge and one of the natural world’s greatest gifts: new medical discoveries.

Seventy percent of Earth’s land animals and plants live in forests.[i] Currently fewer than 1% of the rainforest plants have been tested for medicinal properties, despite the fact that at least 25% of pharmaceuticals are derived from plant-based products, including 47% of new cancer drugs.[ii],[iii], [iv] We have only just begun to discover the full medical potential of our natural spaces (mental health included). Trees are healers and life givers and our biggest weapon against climate change. They support our soils and dictate local water cycles. They provide shade and shelter and food. They are our storm protectors, our medicine givers, our water purifiers.
And yet every day our forests are disappearing, cut or burned into smoldering scars, leveled for mass-scale monoculture, cattle ranching, and commercial development. There is a price tag attached to the burgers on our plates and the tires on our cars, there are consequences tied to our desire for always new and always more.

According to Mann’s National Geographic article, global rubber production has skyrocketed since 1983, to the point where we are now manufacturing 13 million tons of rubber a year. To satisfy demand, a forest area the size of Massachusetts and Vermont has already been cleared, much of it by small-scale farmers. This alarming calculation does not even begin to include lands razed for new workers’ homes, processing plants, and roads.

We know that the long-term consequences of deforestation are drastic, and yet we continue to destroy our world’s forests at an astonishing (and terrifying) rate. The Food and Agriculture Organization of the United Nations (FAO) reports that Latin America alone loses 2 million hectares of rainforest a year. 80% of Indonesia’s forests have disappeared, as have over 70% of the forests of Cambodia, Vietnam, and Laos.

At the current rate of deforestation, scientists predict that we could lose our rainforests completely by 2100.[v] Here in Costa Rica, a country in which over fifty percent of the land is forested (a huge increase from what it was in the 1980s, when Costa Rica suffered one of the world’s highest rates of deforestation), you can still see wide swaths of treeless land. The unintentional environmental damage of years of continuous tree cutting, including erosion, poor water quality, loss of biodiversity, drought, reduced environmental resilience, elimination of natural resources, and climate change threatens the country’s long-term self-sufficiency and vitality.[vi]

Deforestation here is primarily driven by agriculture, and in particular banana and coffee production and ranching. While these industries have traditionally functioned as major drivers of the country’s economy, the area’s long-term economic health ultimately depends on new policies that enable continued environmental well-being.

Our world is teetering at the brink of catastrophic climate change. You can already sense the change here in Costa Rica, whether you live in the drought-stricken Pacific Coast or the flooded Caribbean side. Farmers and ranchers both have sustained heavy losses, and express fears for the future.

Unfortunately, the Intergovernmental Panel on Climate Change little positive to say: its models predict that a drier West Coast and a wetter East Coast in Cost Rica. These are the grim long-term impacts of our present day inaction. Yesterday day was a particularly hot work day, even for the dry season in Costa Rica. We had been working all morning under the sun planting yucca and papaya. After hours toiling away our clothes were drenched in sweat, and we moved slowly on sore and tired feet. At noon we finally hung up the shovels and called it quits. The heat was overwhelming. It hung like a heavy blanket over our shoulders.

Instead of going back to the showers with the rest of the volunteers, I half stumbled to the edge of the woods. I am lucky enough to live next to La Cangreja National Park, an area of stunning arboreal beauty. The park still contains parcels of primary forest, and everything from jaguars to anteaters walk amidst its depths.

As I entered into the world of the canopy, striding beneath the trees, and instantly it felt as if someone had doused me in a rejuvenating stream, or placed a cool rag on the back of my neck. The air emanating up from the ground was chilled. The sun no longer drove its heat downwards, but rather sprinkled its way through the canopy. Sun rays struggled just to illuminate the leaves and roots of the trail, shimmering down through the vines in a heavenly dappled light. I walked slowly, my fingers brushing my favorite trees. I listened to my heart beat slow.

The forests are magical places, and the trees act as the guardians of life. Our rooted friends enable and create the environmental processes that we so desperately depend on—they shape the very atmosphere of this world. They make it livable. And beautiful. And yet we are killing them on a massive scale—burning our life-giving forests to the ground until we are left only with smoldering scars. Deforestation must end. Mass-scale monoculture has to cease. It is essential that ranching be reined in. Meat can no longer be consumed at the current rate. The replanting and protection of our trees is the first major step on the path to salvation in a world run by a species that sometimes seems bent on its own destruction.

When we protect our forests, we act in the interest of continued life on this planet: we make a stand for the future. To plant a tree is an act of hope. It is as if we have taken the hand of a child born into the future of this world, and decided to move with a sense of responsibility.

Mary Oliver warned, “We will be known as a culture that taught and rewarded the amassing of things, that spoke little if at all about the quality of life for people (other people), for dogs, for rivers. All the world, in our eyes, they will say, was a commodity…”.

It’s time to reform our relationship with the natural world, and especially with our trees. It starts with recognizing and rejecting the insanity and unsustainable nature of an unthinking, unconscious consumeristic society: one that thinks nothing of the existence of tomorrow.

And it’s not to late to change. It is not to late to reevaluate and redesign and revalue and reform the basis of how we live our lives. It’s not too late to say yes to life. To walk down a different road. To take a different fork in the woods. It would, undoubtedly, make all the difference.

They will be forced to live through it. I fear, essentially, that they will be punished for crimes they didn’t commit.

So I will do the only thing that I can do: I will decide where I stand now. I will rewrite how I live my life, what I consume and what I create and all the things that I write and say and dream. I will change myself, and I will hope that maybe, just maybe, it might begin to change the world. One thought on “Protect Our Forests”