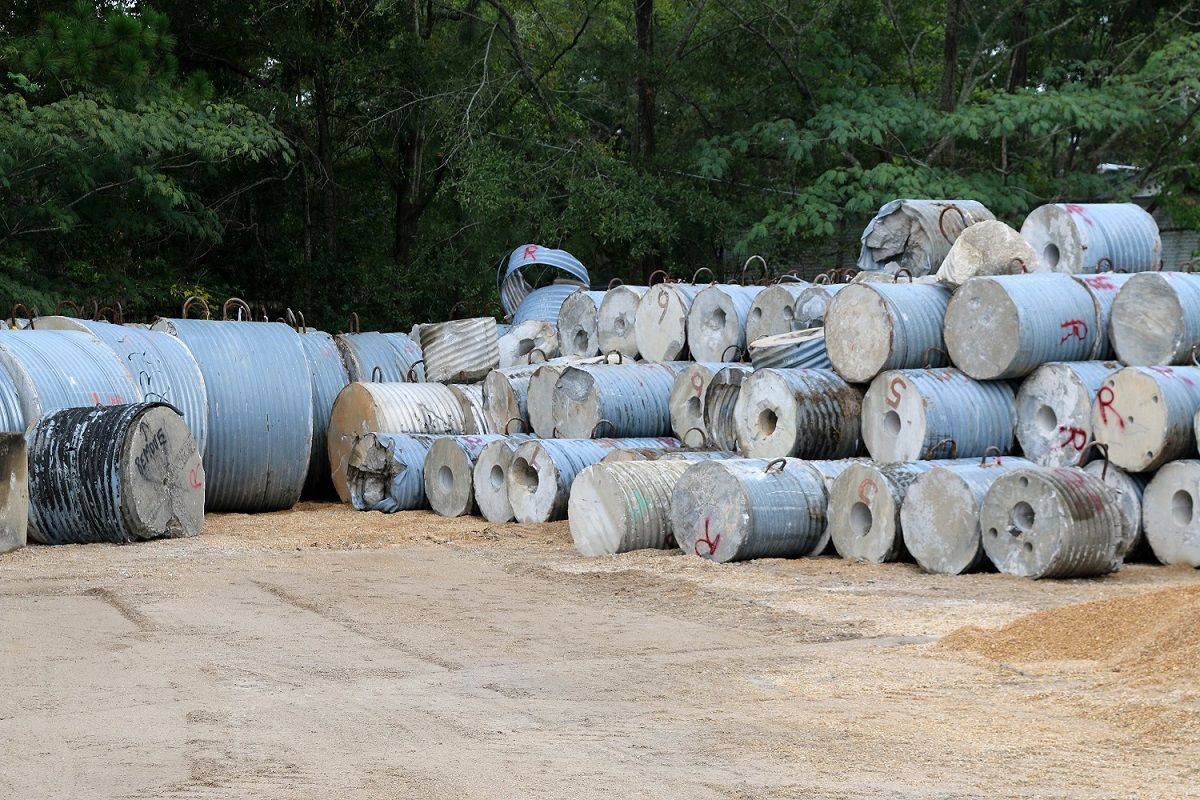 As part of my new job for Okaloosa County, I jumped right in on a project nearing completion: Concrete to Reefs.

Artificial reef projects are gaining steam in the Florida Panhandle. Normally constructed of concrete rubble or prefabricated concrete  units, the reefs are created in pre-approved, permitted areas off the coastline. Some are close enough to the shore that snorkelers can easily reach them, others are more dive-accessible, and still others are meant for fishing purposes. Within a few months, the concrete structures can attract fish and coral. Within a few years, these reefs can be both beautiful as well as effective ecosystems.

The idea: simple. Carrying out the idea: complicated The Concrete to Reefs project is as innovative as it is intricate. As part of a civilian Tri-County Community Partnership Initiative (TCPI) and an Air Force Community Partnership Program (AFCP), the Eglin Air Force Base, the Air Force Research Laboratory, and Okaloosa County worked together to re-purpose concrete that the Air Force Base and Research Laboratory no longer needed. Instead of the base paying someone to haul it away, Okaloosa County took ownership and is in the process of deploying the concrete to the Gulf of Mexico and creating an artificial reef.

That sounds complicated enough, but I have now seen first hand the many details, the many additional partnerships, and the hours and hours that go into the successful completion of a project of this scale. This is true even for a project that is a win for the environment, a win for recreation, and a win for the economy of a tourism-based region.

First, the material itself must be dealt with. It may seem obvious, but concrete is heavy. It had to be moved from Eglin Air Force Base to a loading dock, and then transferred to a large barge for eventual deployment. Since we had 2,000 tons of material, our contractors needed excavators, cranes, and practically a fleet of trucks to move everything as quickly as possible. As I watched them maneuver their equipment on the base, I marveled at how anyone could drive something so huge.

Paying for staff to move the concrete takes money of course. In addition to a large grant from the Florida Fish and Wildlife Commission (who also approved all the material prior to deployment), the local Tourism Development Council for Okaloosa County gave another sum to go towards the contract and moving the material. Thanks to their help, the project partners grew from three to five. Add on the deployment site, Vulcan Materials, and soon we were looking at coordinating between six distinct entities. Second, this is a great project, and great projects should be publicized. Because this was a multi-pronged project, all the partners had to be invited to the loading site, and a set of speeches planned and prepared for. Each tiny detail had to be worked through, down to warning the attendees that this was an active industrial site and they must dress appropriately (no high heels!). Due to the large number of people involved, coordinating and approving everything became a logistical nightmare, and our email chains could have stretched around the county and back.

And yet, when it all came together I felt a large sense of accomplishment. The material went out on the barge, destined for its artificial reef resting place. The media event went off without a hitch, offering plenty of opportunities for pictures and, most importantly, thanking everyone for all their hard work. Once the concrete is settled on the bottom I will be able to dive, keeping tabs on how the Gulf slowly makes the structure its own. I only worked on this project for four months – I can’t even imagine how those who worked on Concrete to Reefs for years feel!

When I was still in graduate school, I sometimes wondered what all my assignments were preparing me for; I was ready to actually do something. Now, I am able to say with a smile that everything I worked on at the Nic School really did prepare me to handle massive projects like this. I didn’t do it alone of course, but I am really excited that I could contribute to the team that made it all happen!