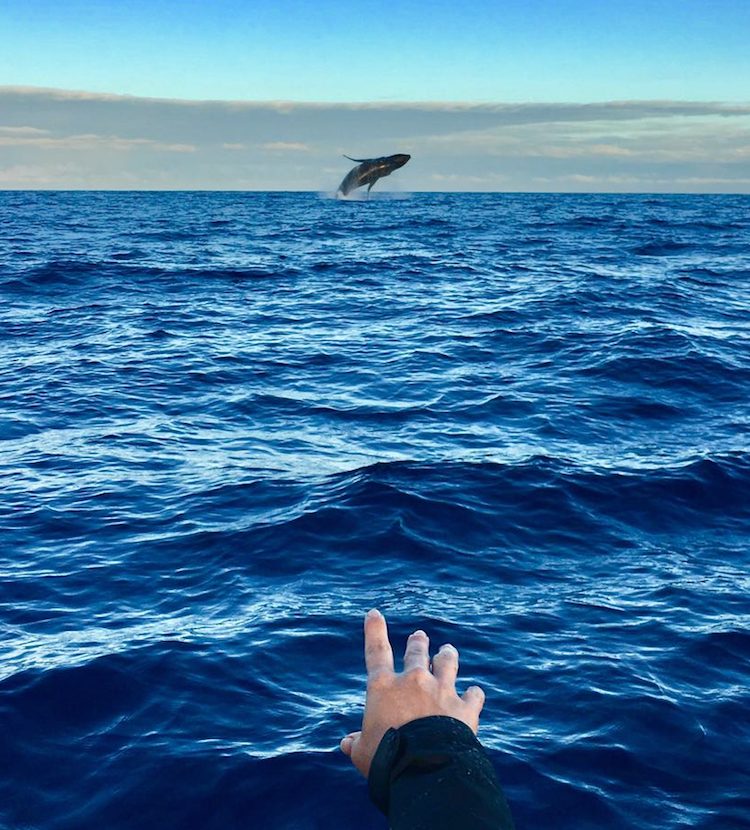 On day four of this amazing Hawaiian gallivant, we went whale watching.  An uncomfortable, yet excited irony was tickling my senses as we drove toward our launch point.  We had been discussing the destructive effect of tourism and capitalism on the culture of the Hawaiian people and the land itself for three days.  Yet here we were, going whale watching, just like all the other Joe tourists.  When we reached our launch point an employee chatted with us about the whale situation in Hawaii.  The whales come down from the colder Alaskan waters to breed or give birth in the warmer Hawaiian waters during the winter months.  Amazingly, we learned the humpback whale population has recently been taken off the endangered species list due to population grown in the last decade.  The major threats to the whale population is now illegal whaling and plastic entanglements.  For this reason, we were strongly urged to not bring plastic water bottles onto the zodiac, as we might lose one over board.  This quick informal lesson eased my mind a bit.  I’m happy to know this tourist based company is doing their part to educate tourists.

We made our way out to the open water on what appeared to be a blow up raft.  A “Zodiac” is what they called it.  “A gentle tap from a whale and we’d all be swimming for land” I thought as we were thrown around by a particularly large wave.  As directed, we scanned the horizon in all directions, in search of the “breath” water ejected up to 15 feet skyward from the blow hole of a humpback whale.  As time passed nervous energy began to build up among the seafarers, and especially the captain.  He seemed to be speaking faster and more unintelligibly as each empty minute passed.  Then finally, someone caught sight of a breath!  We got closer and saw the whale’s breath a few more times before they dived and disappeared.  Later we saw a few whales breaching (jumping) about a mile away.  Feeling wet and cold we headed back toward shore.  As we headed in we noticed a breath ahead of us.  We slowed to a stop, waiting, hoping for one last sighting.  All of the sudden a male humpback did a full breach followed by two smaller jumps about 50 feet from us.  He wasn’t finished though, he came back around and did three more jumps within about 30 feet of us.  Everyone in the boat was in shock and awe of the size and beauty of that great whale and the good fortunate that we had, for him to decide to show off for us.  It was a gallivant to be remembered. Photo Credit: Sara Kitchens below and Femi Ferreira above