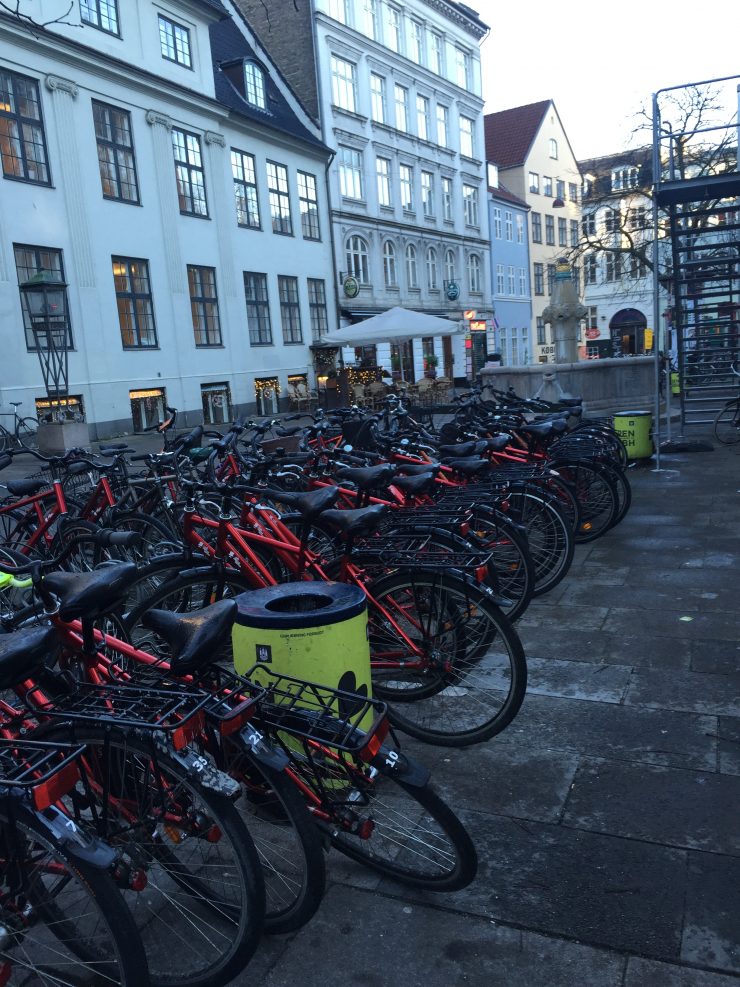 In my final weeks as a student living in Denmark, I wanted to take this time to reflect on what I think is one of the most intriguing things about the city of Copenhagen. When I first arrived I couldn’t help but notice the abundance of bicycles around the city. Biking took off in Copenhagen in the 1960s during the oil crisis and the environmental movement. Instead of shifting into an automobile dominated city, the biking culture slowly engulfed the city. Currently, the city is equipped with over 390km of biking lanes. My first encounter with the biking culture came when I was trying to cross the street and was almost run over by a bike. I noticed that the streets all had traffics lights, not just the simple red-green-yellow and walk-don’t walk signs, but also a separate traffic light just for the bike lanes. I, trying to immerse myself as much as possible, wanted to jump on the bike train and test my ranks among Copenhagen’s most experienced biking commuters. Little did I know, that was going to be much harder than expected. I had to learn a lot more than just the turning hand signals, but also the traffic laws surrounding bikes. My first time biking was truly terrifying. I started off on relatively quiet street and then merged on to a busier biking highway. After being cut off by a 10-year old Danish child and then yelled at by other commuters, I quickly accepted the fact the biking in Denmark was not for me.