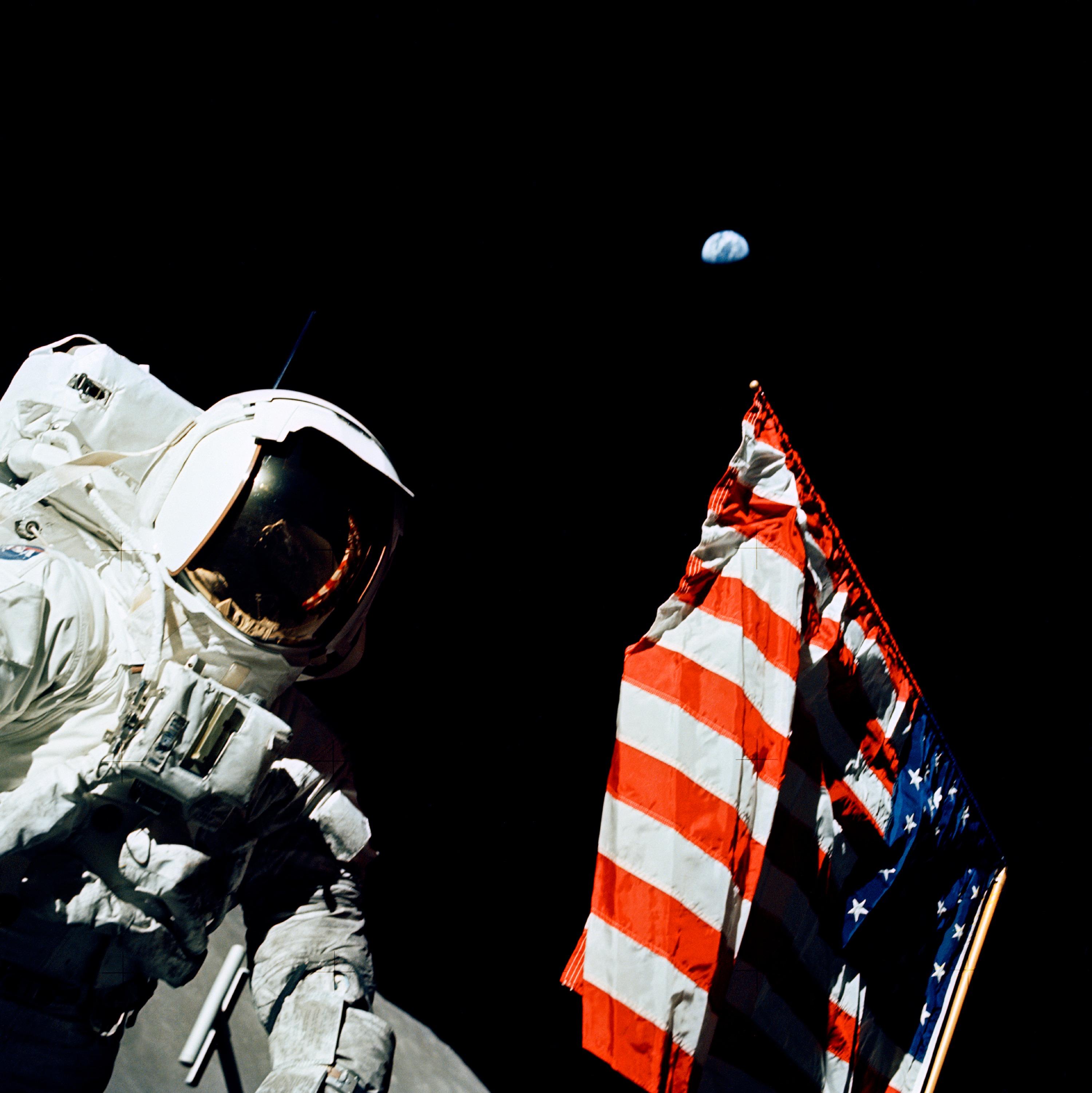 Where do environmental problems fit in the moon-ghetto spectrum?

“What is the moon-ghetto spectrum?,” you ask.

The question stems from the premise of a 1977 book by economist Richard Nelson, titled The Moon and the Ghetto. It covers the early 1960s, when presidents Kennedy and Johnson set out two major goals for the decade: to put a man on the moon and to end poverty.

In 1969, Neil Armstrong set foot on the moon’s surface. Yet poverty is still widespread.

With a well-defined and fully backed goal, space travel was achieved within a remarkable nine years. Eradicating poverty, on the other hand, goes beyond engineering, physics and mathematics. Its roots are behavioral, sociological and institutional. Traveling to the moon is complicated, but humans are enormously complex.

We solved the easier problem.

We still haven’t won the war on poverty. On top of that, our past actions have brought another war on us: the war on climate.

As Bill McKibben writes in a call to arms published in 2016 in The New Republic:

“It’s not that global warming is like a world war. It is a world war. And we are losing. We’re used to war as metaphor: the war on poverty, the war on drugs, the war on cancer. Usually this is just a rhetorical device, a way of saying, ‘We need to focus our attention and marshal our forces to fix something we don’t like.’ But this is no metaphor. By most of the ways we measure wars, climate change is the real deal: Carbon and methane are seizing physical territory, sowing havoc and panic, racking up casualties, and even destabilizing governments.”

The year 2016 was the hottest on record. It followed the record highs of 2014 and 2015. In fact, 16 of the 17 warmest years have come since 2001.  The weather events unleashed by the excess heat and moisture of a hotter planet are not tactical strikes; our civilization is the collateral damage.

The challenge of mitigating climate change has traits similar to both the quest to end poverty and flying to the moon. At the surface level, the fixes for climate change are technological. An excess of greenhouse gases in Earth’s atmosphere has resulted in an energy imbalance. To restore the balance, humans need to curb the emissions and likely remove excess gases to a point where the global temperature can stabilize. The societal-wide human complexity is what pushes closer to the “ghetto” than the moon on the “moon-ghetto spectrum.” We have the solutions to make it happen. What is lacking is the political will.

Looking at a single source of climate-changing pollution, like a factory, the technical solution to capture pollution may be relatively simple, certainly leagues simpler than sending a person to the moon. The harder problem is societal inertia and the economic forces that provide no incentives for the factory owner to make expensive changes, unless there is a clear gain. This is especially true if competitors continue to pollute freely without penalty. The costs of abating pollution falls solely on the factory, whereas the benefits would be widely distributed across society.

Consider the billions of sources of climate-changing pollution, from power plants and factories to individual automobiles to loggers and plantation owners, and the magnitude of the problem becomes clearer. Amassing sufficient adoption involves changing societal behavior, economies, policies, cultural expectations and values.

Behind anthropogenic global warming is a market failure—a failure for those burning fossil fuels to cover their associated costs, which instead are borne by society at large. Further distorting the market, governments directly subsidize the production and use of fossil fuels.

Economists across the political spectrum agree that putting a price on carbon is a way to correct for this market failure. This could be accomplished via an economy-wide carbon tax (which could be made revenue with concurrent reductions in taxes on labor) or through a cap-and-trade mechanism. Economists also point out that the costs of mitigating climate change today are many times smaller than the costs that society will incur in the future if society continues on a business-as-usual emissions path. Humans, however, have not evolved to be good at long-term thinking. We are not inherently geared to put the needs of future generations above our own.

Some groups liken fighting climate change to the Apollo moonshot, but that seems to oversimplify the problem. A societal-wide mobilization, similar to the restructuring of the American economy during World War II, might be a more apt analogy. As described in Lester Brown’s World on the Edge (disclaimer: I led the research effort for this book), the United States was reluctant to get involved in the war effort. Then after the Japanese bombing of Pearl Harbor, everything changed. A month later, Roosevelt was announcing his arms goals—20,000 planes, 45,000 tanks, thousands of ships and more. He had the power to call in the leaders of the automobile industry, the world’s largest manufacturing base. He ordered them to stop making cars and instead churn out war vehicles and weaponry to deal with the looming existential threat.

The World War II mobilization involved behavioral change, industrial change, and political change. Yet because involvement was viewed as necessary to maintain Americans’ way of life, involvement and support was high.

Today, we need a wartime-style mobilization to arrest the siege of climate change. Wars are devastating, terrifying and not to be taken lightly. Yet, history has shown us that coming together for a common cause can actually be unifying. Alliances seem to have gone out of vogue in the early weeks of the Trump administration, but when faced with huge, looming, existential threats – like climate change – we need to forge alliances, bolster resilience, build stronger communities and boldly race to cut carbon emissions as if our way of life depended on it. Because it does.