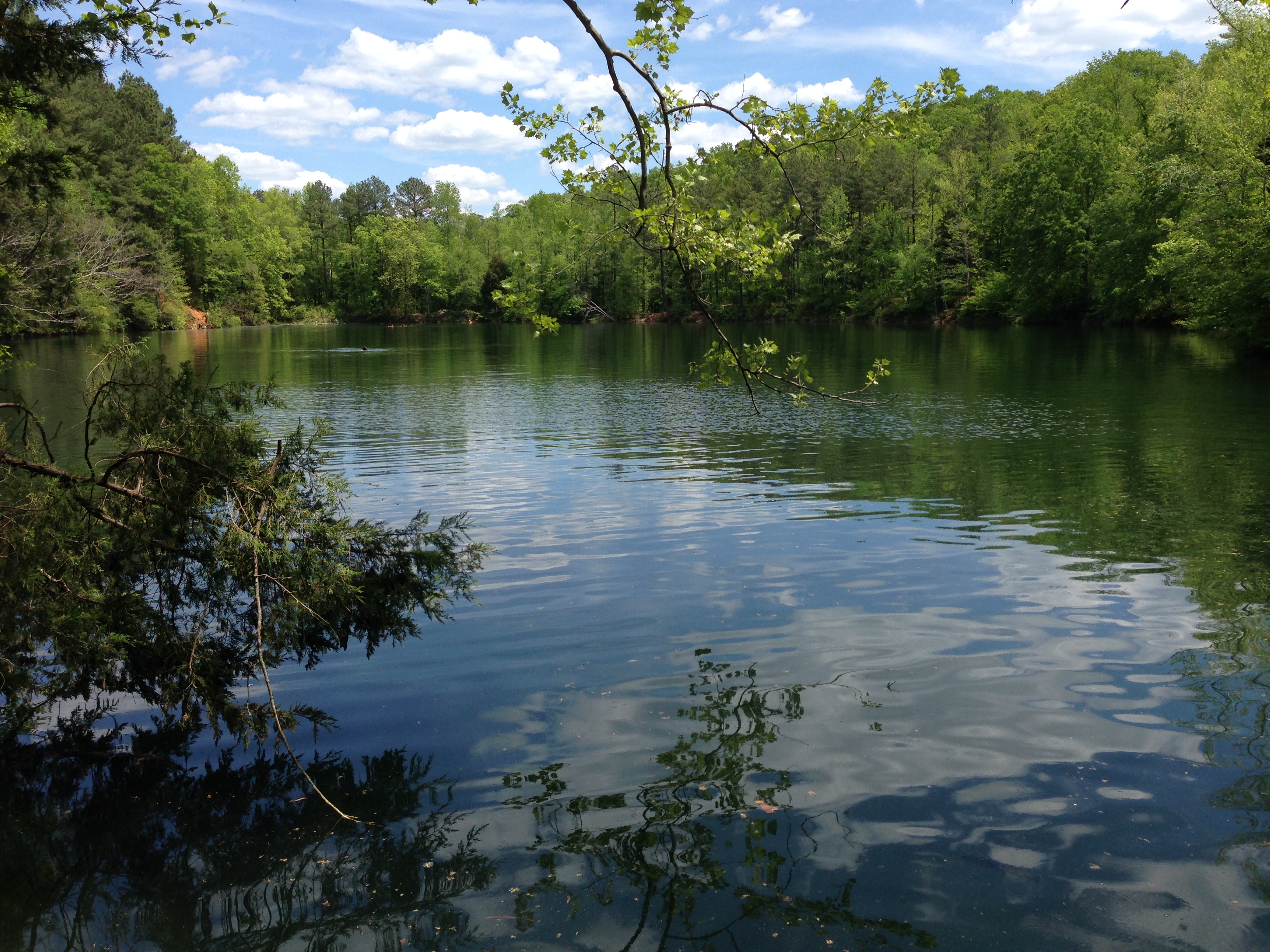 When I stand at a spot along the Eno River as it makes its way through Durham, I know without a doubt that this water weaves through my life. It flows through my city; it flows out into lakes and bigger rivers and eventually, the sea. Its waters form the quarry where I swim with friends in the summer.

And when I stand on the mighty Mississippi River and I watch the barges float by, I don’t doubt that this water supports the economic, ecological, and recreational prosperity of our country.

But when I walk through the woods in the Great Smoky mountains and I find a waterfall toward the top of a mountain, it might not occur to me that this water could also support the health of our nation.

That one tiny stream high up in the mountains might not be a significant force in my life, but if I factor in all its tiny-stream cousins and neighbors, their cumulative effects start to add up.

Where does a stream stop and the landscape begin? Where does a wetland stop and the dry land begin? As it turns out, it’s difficult to ascertain the precise boundaries of a water body, especially when we factor in connectivity to other water bodies. Additionally, differences in geographic regions make the definitions of terms like “stream” and “floodplain” vary from place to place.

The Duke Water Network, a student group at the Nicholas School, recently held a series of panels that explored the EPA’s new definitional rule, “The Clean Water Rule.” This rule was meant to provide more clarity in defining what is a federally “jurisdictional” water in the context of the Clean Water Act.

The new rule has met opposition from several sides, resulting in great debate over what should be considered a regulated water, or a “water of the United States.” Some critics argue that the rule allows the federal government unlimited authority over all conveyances of water in the U.S., while some proponents counter with the argument that the rule only works to more clearly define the preexisting regulations.

Where do we define the boundaries of the water bodies that the government must regulate? The EPA, a federal agency, doesn’t necessarily have the resources to maintain the biological, physical, and chemical integrity of every drop of water in the United States. So, which waters should be regulated? In the parlance of the Clean Water Act, this question becomes: what is a “water of the United States?”

How do we reconcile the fluidity of policy language with the typical concreteness of scientific inquiry? To complicate things further, scientific uncertainty and the variability of hydrologic process across the nation lead to uncertainty in how to regulate different water bodies.

Fortunately, I have some professors who are contributing to the debate. For example, Dr. Megan Mullin wrote an article this June that summarizes much of the debate. In 2011, Dr. Martin Doyle and Dr. Emily Bernhardt published an article called “What is a Stream?” This article poses the difficult challenge of blending policy objectives and hydrological, chemical, and biological knowledge into regulations that make sense.

I sure am. What an interesting puzzle, the reconciliation of the language of policy and the language of science. Water speaks many languages: policy, science, law, art, culture, wildlife, religion, and so many more.

How can we make decisions about regulating water when it speaks so many languages?

“Eventually, all things merge into one, and a river runs through it. The river was cut by the world’s great flood and runs over rocks from the basement of time. On some of the rocks are timeless raindrops. Under the rocks are the words, and some of the words are theirs. I am haunted by waters.”

– Norman Maclean, A River Runs Through It and Other Stories