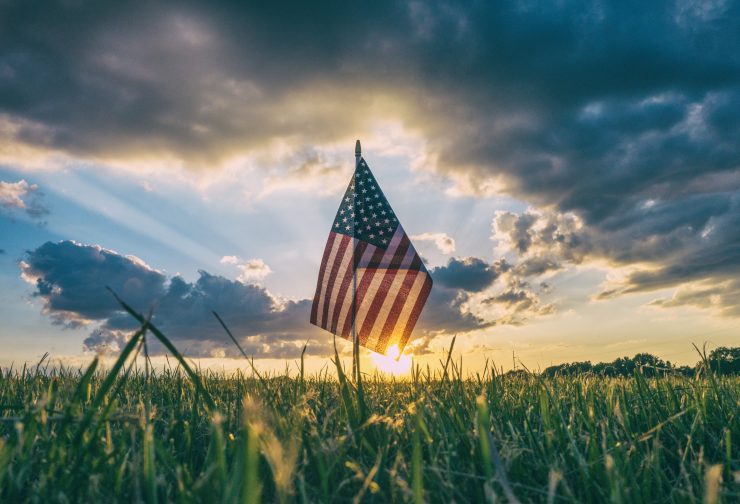 What will it take to reduce our national greenhouse gas emissions by 80% in 2050?

That is a question I’ve been grappling with all year as part of Duke’s Bass Connections program, an initiative that brings students together from across disciplines to tackle complex, pressing global problems. But my Bass Connections team is not thinking about how to make solar power cheaper or electric cars more popular. We’re looking at the issue from a different angle: how can the U.S. reduce its emissions using forests and farmland?

To be sure, changing the way we manage our working lands won’t get the U.S. on a low-emissions trajectory all on its own. But the land sector, considering how often it is ignored in climate change discussions, has a surprisingly large impact.

In 2014, the carbon “sink” provided by U.S. lands sequestered 11% of the country’s total greenhouse gas emissions. That’s like sucking the total emissions of either Canada or Mexico right back into the ground – and then some.

The Mid-Century Strategy released by the Obama administration envisions that this carbon sink can grow dramatically by 2050. Together with carbon removal technologies, lands could offset the U.S.’s greenhouse gas emissions by 30-50%.

The Mid-Century Strategy did not, however, identify what policies would be needed to get the country to that goal. That challenge has been our mission this year. It’s a tall order, but luckily we have the best team leader in the business: Rubenstein Fellow Robert Bonnie, who arrived at Duke this year fresh out of the Obama administration where he served as the USDA Under Secretary for Natural Resources and Environment.

Throughout the fall, Robert guided us through the political and economic intricacies of USDA incentive programs for farms and forests. Many of these programs are implemented through the Farm Bill, a massive piece of legislation renewed by Congress every four years that includes billions of dollars for conservation.

After months of Farm Bill research, policy discussions and mind maps that could have filled every whiteboard on campus, Robert led us into the next phase of our policymaking quest. And where better to craft our policy prescriptions than Washington D.C.?

We had just two days in Washington to pitch our proposals and gather feedback, and barely a moment to catch our breath. In the morning, we were running ideas by the staff who might eventually implement them at USDA. In the afternoon, a quick subway ride away, we heard from interest groups representing forestry and agricultural producers. The next morning found our team in the halls of the Capitol, meeting with Senate staff on how to navigate the scrappy politics of the Farm Bill, which (despite its name) has a big impact on forests, too. Then it was across the Mall to the Forest Service office for yet another take.

By the end of it all, I was exhausted, my hand was cramped from taking notes at hyperspeed, but I was exhilarated, too. Somewhere along the way, glimmers of policy proposals had begun to emerge out of our jumble of off-the-wall ideas. Maybe, with the right guidance and input, we really could have an impact on future policies that would help landowners and fight climate change at the same time.

Afterward, my teammates weighed in with their own reflections on our time in Washington.

“Each person we talked to was an expert on a different aspect of our work, and their thoughts and understanding of each issue went much deeper than we’ve been able to,” said Kendall DeLyser, a Master of Forestry and Environmental Management student who has focused on forest conservation policies. “It was pretty affirming to present our ideas to so many people and have them all agree with our recommendations in some way.”

Dani Arostegui, a Master of Environmental Management student, and Emily Johnson, a Master of Public Policy student at the Sanford School, led up our work on agricultural policies.

“The best part of the trip, for me, was getting to meet with multiple experts in the field that were each approaching the central issue of promoting climate mitigation in the land sector from very different perspectives,” Dani said.

“It was encouraging to interact with really smart people who are thinking about these issues and trying to innovate wherever they can,” Emily added.

With the end of the semester approaching quickly, our team is now racing to finalize our policy recommendations for the forestry and agricultural sectors based on the stakeholder input we collected in Washington. Although many of us will be graduating this spring, we hope the discussions we have started will continue to evolve.

The path from policy proposal to rule of law is certainly long and winding. But who knows? Maybe, by the time our recommendations are ripe for congressional action, we’ll be the ones writing the bill.

This is part 2 of my blog series on land conservation policy in America. Part 1, on the future of the Land and Water Conservation Fund, is available here.