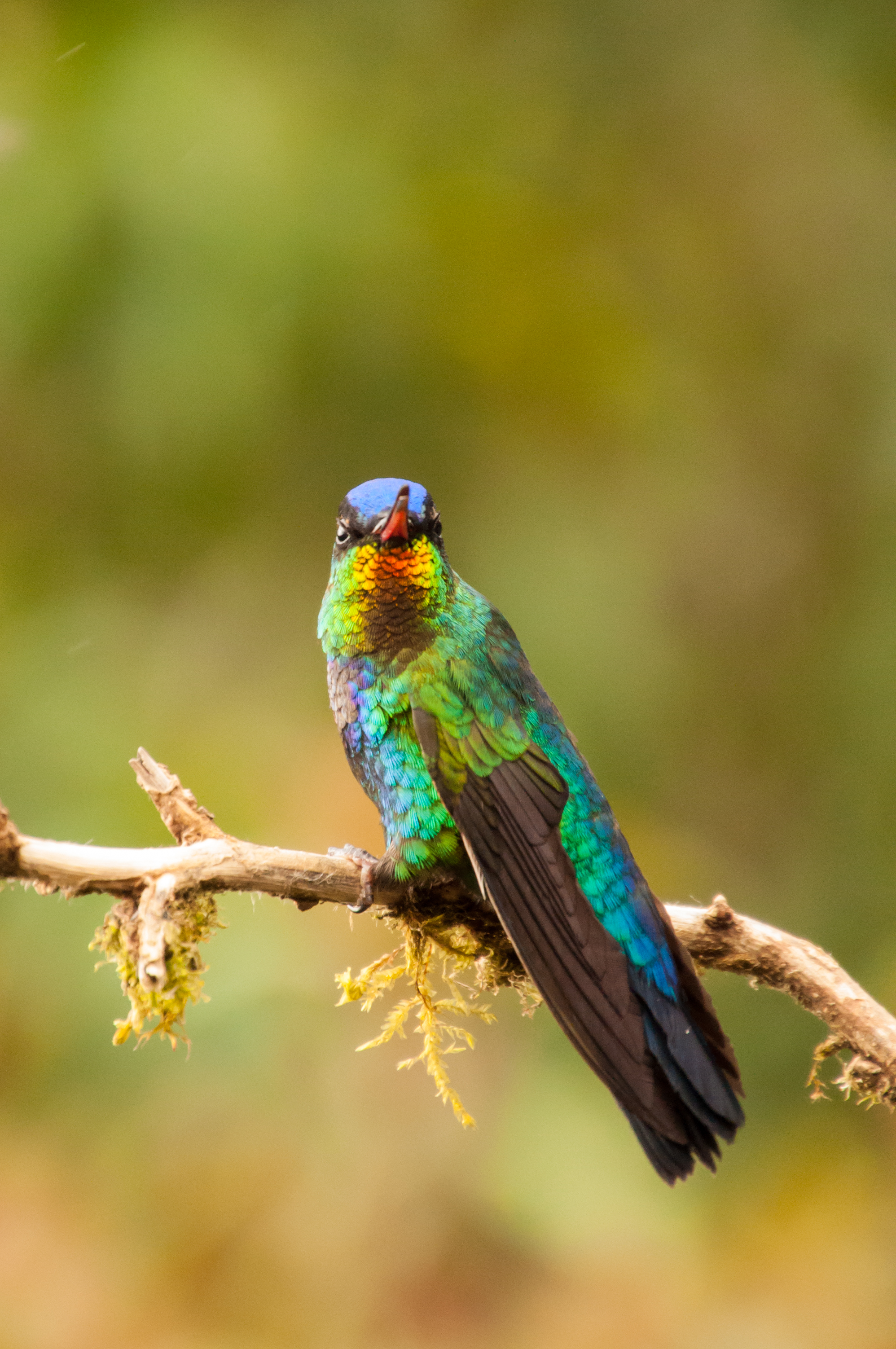 Like any college student, I spent the week after spring break procrastinating rather than tackling the mountain of work that has slowly piled up. But what better way to ignore the growing stress of school by relaxing with a couple episodes of Planet Earth II?

The original BBC series already wowed the world 10 years ago with a sweeping overview of the biomes on Earth. It was hard to conceive what other ecosystems they could explore. But of course, life on earth is diverse and charismatic. Armed with new technology ranging from ultra HD to aerial drones, it was a visually stunning experience that reaffirmed my aspirations to conserve the habitats we have left.

I cannot recommend it enough to all my friends, whether they study environmental science or not, for this is our planet. It is hard to pick a favorite scene, let alone a favorite episode. Each is packed full of interesting narratives, recounted by the ever-calm David Attenborough, with awe-inspiring music composed by Hans Zimmer.  So here’s a quick run-down of each episode:

From the heroic swim of a young male sloth in search of a mate to the vicious battles of komodo dragons, I identify with the isolation of these animals as an island creature myself. The scene of Galapagos marine iguanas fleeing racer snakes went viral, quite understandably, for it is undoubtedly terrifying. Most relatable are perhaps the lemurs of Madagascar. With the Duke Lemur Center housing the world’s largest population of lemurs outside of Madagascar, we as Duke students have an incredible access to see and learn about these primates.

What I particularly liked is that the directors paid heed not just to the animals, but also the unique geological sights that are essential to island biogeography. Yet a common criticism that the BBC has faced is that there is no idyllic “pristine” world anymore, however much they hope to portray it as such. These islands are not “untouched” as the human footprint grows. Be it in form of pollution with plastic trash floating across oceans or introduced invasives outcompeting native species, Attenborough does acknowledge islander’s disproportionate susceptibility to threats.

There is always something in man that makes us want to conquer peaks. The breathtaking feeling of invincibility from miles above is like no other, yet animals as always, have long reached there before us. As often as I meet Nic Schoolers working out on the indoor climbing wall at the Duke gym, none can hope to match the footwork of the Iberian ibex.

The original Planet Earth broke records in having the first ever video footage of the rare snow leopards. The team returned once again, to capture even more unique behaviors with updated remote filming technology. The episode truly highlights the lengths BBC has gone to document the incredible life on earth, with paragliders soaring off cliffs to cameramen hunched in freezing huts for days. It is an effort that pays off indeed.

This episode raised some consternation among my hardcore ecologist friends. “Jungle? Really, jungle? What does that even mean?” True, “Jungles” may not have a rigourous scientific definition, and in fact, “forests” have over 800 official ones. It underlines the need for a common understanding of how we define biomes, so as to better create specific measurements and protection policies.

Regardless, the episode covered everything from the highest canopy to the lowest underbrush, down to submerged roots and the blind Amazon river dolphins that swim among it. As always, they do a great job not only depicting large mammals, but also the small things, tiny frogs, insects, even fluorescent fungi, all equal parts of the network of life.

Part of the fun of watching Planet Earth is getting to see the rare and remote sights that I probably will never get the opportunity to visit. However, the rare instance comes when you can say: I too have been to the Grand Canyon or out in the plains of New Mexico or even seen a lion hunt in real life.

Ultimately, I think the value of documentaries such as Planet Earth is that it allows such exotic areas to become accessible. To the average city dweller who may never have been exposed to such wilderness, all it may take is an impressive scene of Arizonan slot canyons to inspire their next vacation, and perhaps a life of conservation.

Even as a self-professed wildlife nerd, I always find that there is sometime to be learned. This was the first time I’ve ever heard of the Saiga antelope of the Eurasian steppes. Perhaps unsurprisingly, these long-nosed ungulates are already critically endangered.

Yet even for the familiar creatures, like the roaming bisons of North America, we can still be awed at their interactions with the environment.  Wildfires, snowstorms, migrations, the tale of life is long and hard yet everything finds a way onward somehow. If that isn’t inspirational, I don’t know what is.

For me, this was the pinnacle episode of the series. There is a poignancy in what our world has come to – a nature documentary featuring cities sounds like an inherent oxymoron. However, it is the inevitable reality, humans have encroached upon natural habitats, and some animals have managed to adapt quite incredibly to urban environments.

Monkeys as revered symbols of religion, leopards as threats, even the common raccoon gets its 5 minutes of fame beyond a mere trash raider. “Create the space and the animals will come,” Attenborough says as it pans over Singapore. It is strange to see your beloved home country on screen but he is right. We are not the only ones that need a place to live, but all life share this precious resource called Earth, and it is our responsibility to safeguard it.