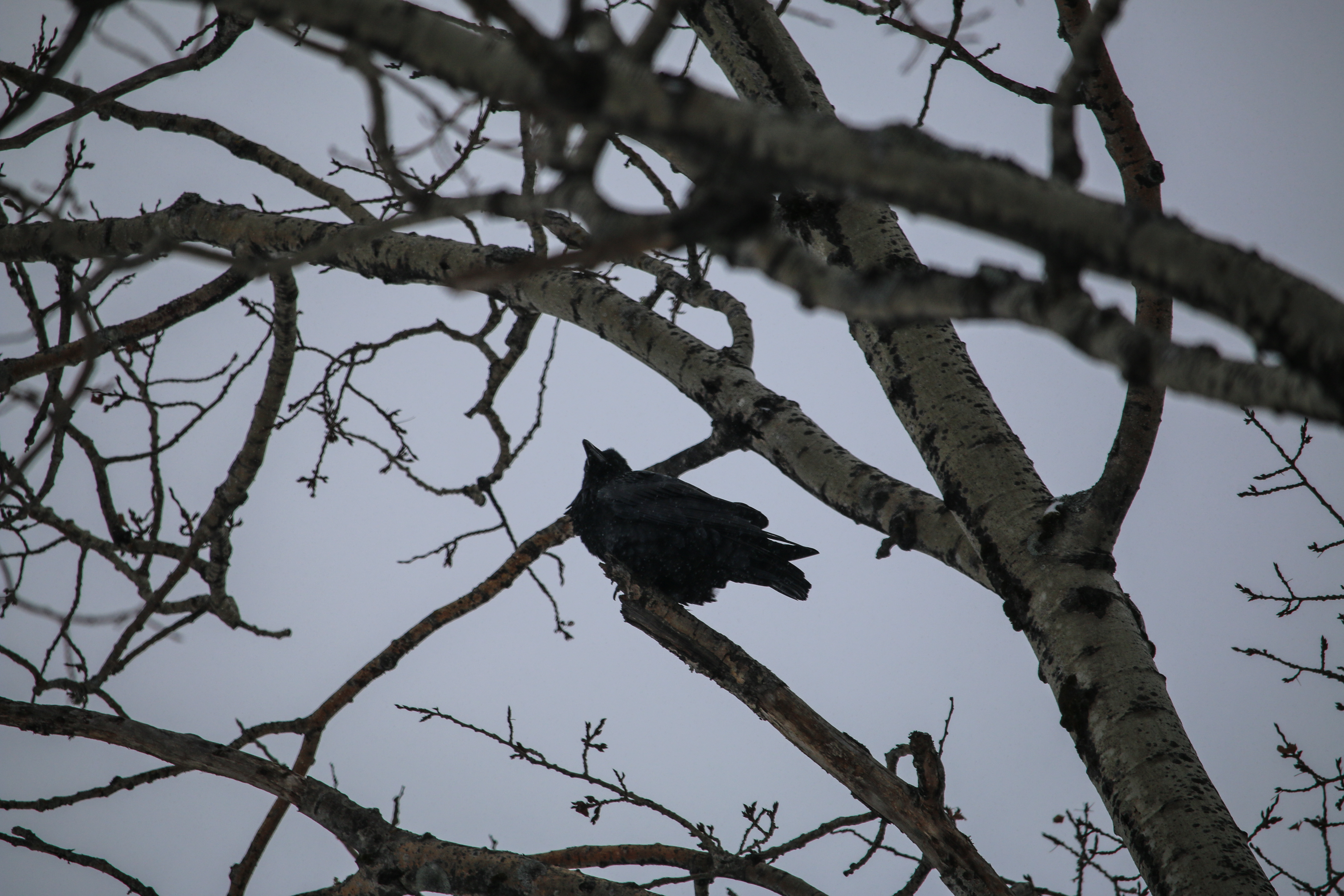 Snow had already begun to fall over Moosehead Lake. It had been an unseasonably warm December  for Maine in 2015, but the temperature had dropped in recent days and was now hovering around 10 degrees with a wind chill that took it below 0. Most of the lake was still open water, but the edges had begun to freeze, and soon the entire lake would be under a blanket of ice and snow.

It was my last day at Moosehead with my parents and the second full day of a snowstorm. As our first stop of the day, we hopped out of the car on the west side of the lake, across from the famous Mount Kineo. Standing over 1,700 feet tall, the mountain dominated the horizon.

We wanted to get some nice photographs of the mountain before it completely disappeared into the winter white-out, but before we made it to the edge of the water a loud, croaking call captured our attention. Above our heads, in a tree covered in snow, sat a Common Raven. The raven is the subject and namesake of one of North America’s most famous poems by Edgar Allan Poe.

When this poem was published in 1845, ravens still lived in the eastern United States. They soon became rare.

In the 1800s and early 1900s, forests in this region were largely cut down for large-scale timber operations. Common Ravens, while they can do well around people, disappeared along with the forests. However, in Maine and throughout New England the forests began to regenerate as logging pressure slacked in the mid to late 20th century. When the woodlands returned, so did the ravens. Today, Partners in Flight estimates that there are 20 million breeding ravens worldwide.

As we watched, the raven shifted its feet, calling once more. It’s true, they look similar to American Crows. If a birder looks closely, however, she will see that they are larger, have heavier bills and sport what the Cornell Lab of Ornithology describes as “shaggy throat feathers.”

I find them incredibly beautiful. In the winter landscape the raven was especially magnificent, its ebony feathers contrasting starkly with the white sky and snow-covered ground. A few moments later, the raven stretched its great wings and took off, gliding over the lake and disappearing into the snowstorm. One final croak echoed back to us; even though its calls sounded similar to me, researchers have placed its varied vocalizations into at least 33 categories.

The Common Raven will always be one of my favorite birds. They are beautiful, intelligent and, best of all, a population on the rebound. Spotting one on Moosehead was one of the highlights of that winter!