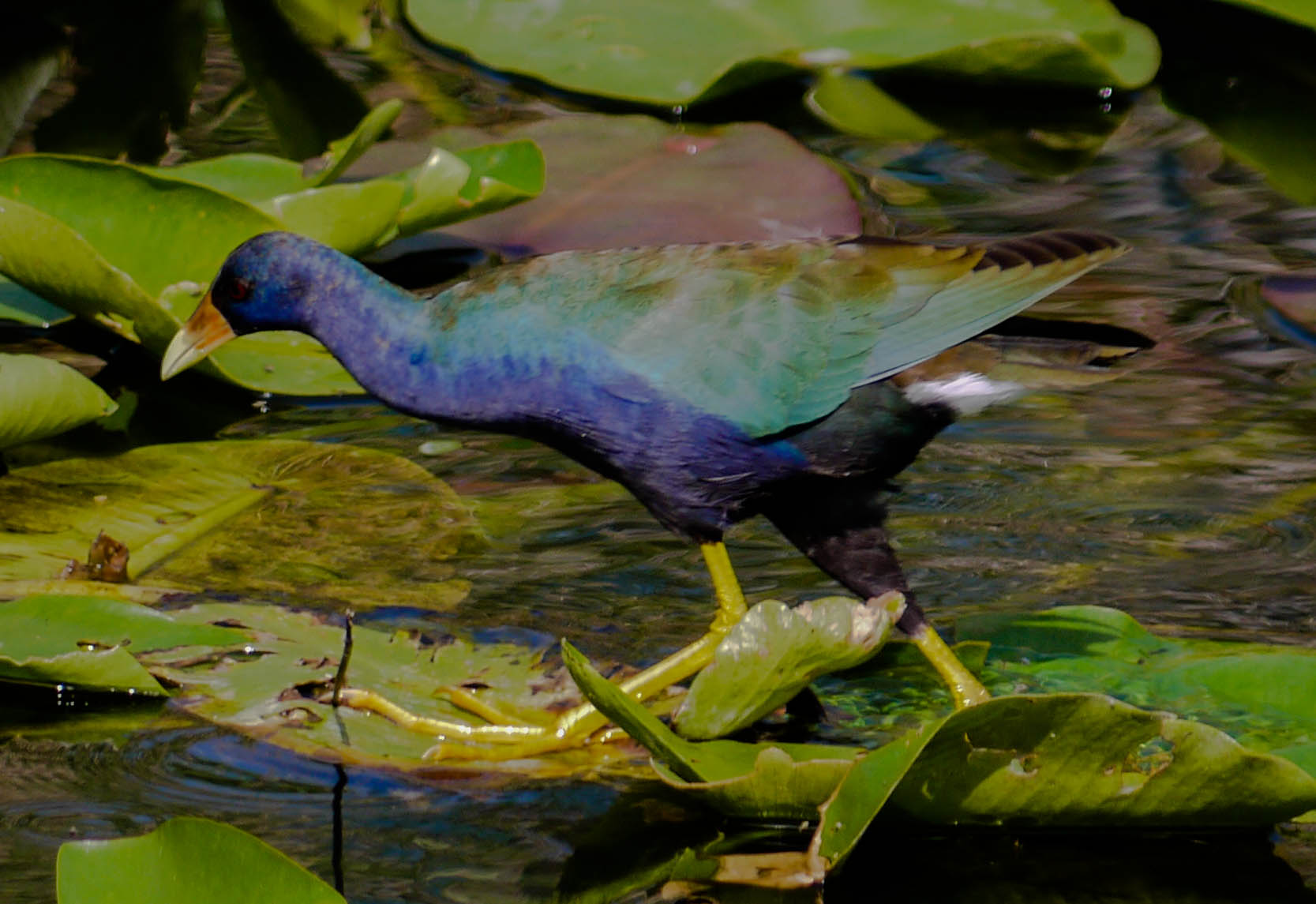 Spring breaks are for road trips (with plenty of carpooling and as much energy efficiency as possible of course), and so on a Friday afternoon I threw my bags in the back of a car and my friends and I began the long drive south to the Florida Keys and a week of spring break bird banding.

But what’s a road trip without stops? The first night we spent with relatives in Georgia – a welcome break from the road and a chance to relax and hang out. Beginning again Saturday morning, we set our GPS to the southern tip of the southeastern United States and kept on driving. While we liked road trips as much as anyone, there was no way we were going to drive ten straight hours on an absolutely beautiful day without stopping at least somewhere to enjoy the sunshine. So we pulled up mapquest.com, plugged in our route, and zoomed in on the San Felasco Hammock Preserve State Park.

Located in Gainesville, Florida, the state preserve protects a rare mature forest stand. As we hopped out of the car and stretched our legs, we stared upwards at the gray fluffy-looking Spanish moss dangling from the limbs of the tall trees overhead. Though I am new to the south, I do know enough to avoid touching the moss – they tend to be full of mites and chiggers.

We followed a small creek as it wound its way around the tall trees. Within the branches we spied Yellow-rumped and Black-and-white warblers, and woodpeckers called throughout the preserve. After two hours in the woods we felt refreshed and ready to drive once more, and made it all the way down to Florida City at the tip of the state.

Looking at the map, we were thrilled to find that the Everglades National Park was a mere fifteen minutes from our hotel. Waking up early Sunday morning, we made the Anhinga Trail our first stop.

I have a bit of a long-distance love affair with the Everglades. Though I had never been before this spring break road trip, I had read numerous accounts of the history of the Everglades and its near destruction as water flow was converted for the growing population (not the finest moment for us humans). I had glanced lovingly over bird guides describing the myriad of herons and egrets that call the famous “river of grass” their home. Now was finally my chance to explore the famous park myself.

We didn’t have a lot of time to spend in the Everglades, so after a quick stop at the Visitor’s Center we made a bee-line for the Anhinga Trail. It was there that my long-distance love affair became a full blown infatuation. I love the Everglades. Within minutes I had seen my first life bird of the day, the Anhinga for which the trail was named. Though the Anhingas seem black at first glance, when the sun hits their outstretched wings they reflect back a silvery shine.

The path consists of paved trail and a network of boardwalks that extends into the grass and trees of the Everglades. From the edge we could see Tricolored Herons, Great Egrets, White Ibises, Great Blue Herons, and Black-Crowned Night Herons feeding in the shallow water. We were thrilled to spot an endangered Wood Stork deeper into the marsh grass, and a Purple Gallinule shone in the sun as it ran across the lily-pads. As we continued to follow the boardwalk, we began to spot alligators. And more alligators. And even more alligators. I have never seen the giant reptiles outside of the zoo, and I have to tell you they are positively prehistoric looking. They moved slowly, but we did not doubt the power of their huge jaws and even from the safety of the trail were wary.

The best surprise of the trip was the presence of the Anhinga chicks. Approaching trees growing in deeper waters, we suddenly heard the high cheeping of young birds. Peering between the leaves, our eyes widened and our mouths dropped as white, fuzzy chicks emerged from behind the dark forms of their parents and demanded food and attention. They were so loud! The young even took to biting and whacking their parents for any food they might have had.

Though our time in the Everglades was short, the park has left a deep impression on me. In the next few years the park and its partners will move forward in the Comprehensive Everglades Restoration Plan to redirect more water to the Everglades, thus restoring the ecosystem that was so changed in the 20th  and 21st centuries. I look forward to following its progress, and perhaps in the future can contribute to its success in my own small way!