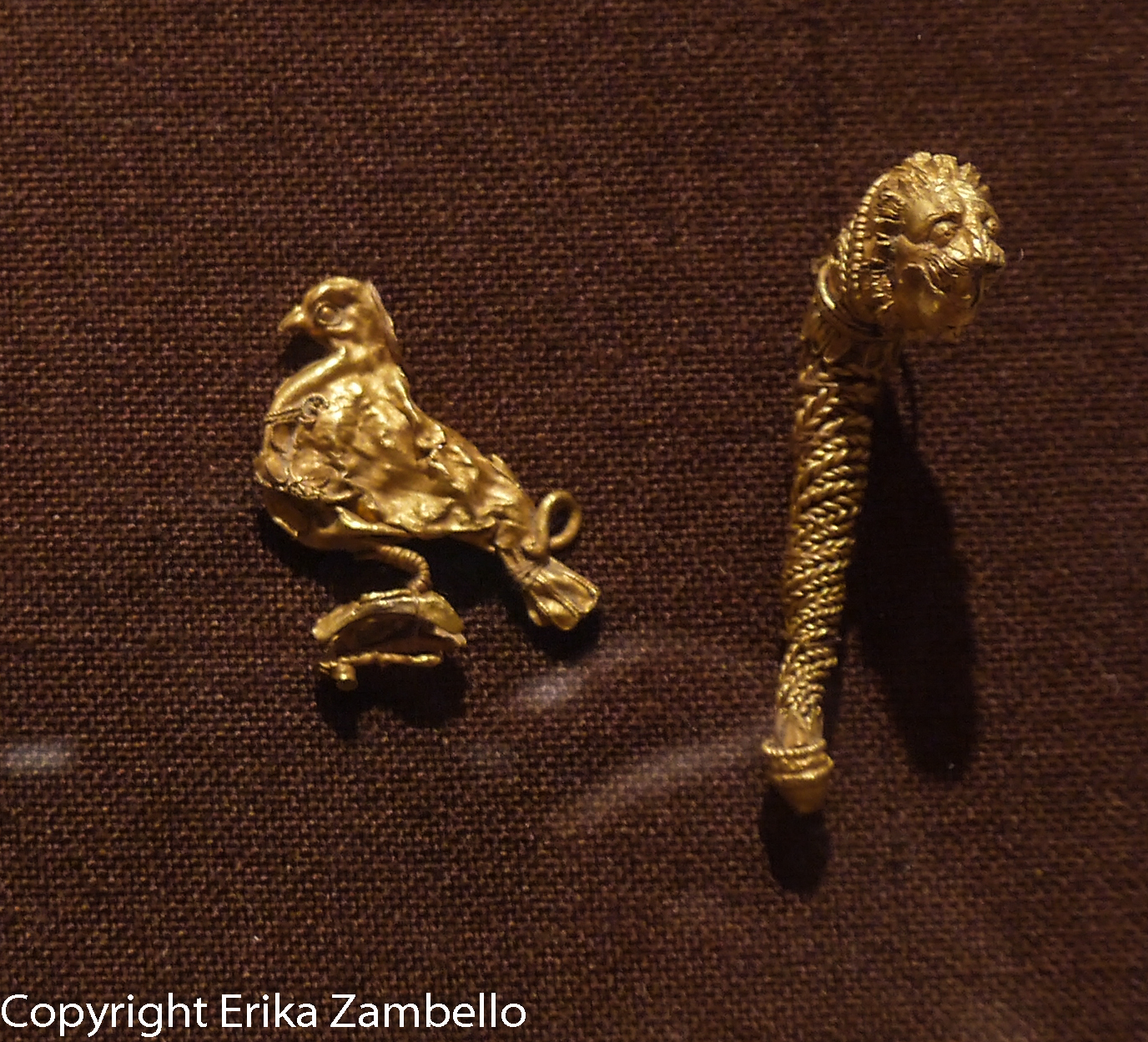 I have an interesting strategy I employ  when visiting art museums. As I am walking from room to room, I keep an eye out for birds in paintings, encapsulated in sculpture, or abstractly illustrated using other mediums. By retaining a focal point, I remain completely engaged throughout my entire visit, above and beyond what I would be without my little game.

I had never visited the Nasher Museum before, so over this past chilly weekend I put it at the top of my list. Beginning in the permanent collection, I kept my peepers peeled for representations of my feathery friends.

First came the artifacts from antiquity. Delicately made jewelry, vessels, ceramics, and statues adorned the walls, carefully displayed and labeled, and a gold pendant of a bird immediately caught my eye. It was tiny, barely the size of my thumb but full of intricate details. The amount of time and skill it must have taken to craft an object of that caliber is astounding, and it was clearly meant for possession by the upper echelons of society.

I saw a rough bird statue, still small, and a pair of cocks as part of a carved stone archway. I liked seeing portrayals not only of wild birds – that could be food sources but often symbolize other ideas like peace or flight – but also domesticated varieties that were essential components of the everyday lives of people all over the world. As much as I like birds, I could never say that living birds are part of my daily life, as I do not live on a farm or have enough land to keep chickens for their eggs or meat (I believe my apartment complex would frown upon chickens wandering their property).

Moving past the artifacts, I found a wall of landscape paintings. They were quite beautiful, and one particular painting depicted a rocky seascape. The birds in this landscape are mere flecks, a flock rising up towards the sky in one delicate mass. Though they are not the focal point of the painting, their presence gives the landscape both a dramatic quality and a sense of grand scale, both of which would be diminished without the depiction of the flock in flight.

The Nasher Museum does not have a great deal of  landscape paintings, and from there I moved on to their modern art pieces. Though I liked them, none contained birds, and few contained nature of any kind. Were modern artists unimpressed with birds, unwilling to use them in their work?

The special exhibition of the surrealist work and sculpture by Joan Mirό flatly contested that assumption. Joan Mirό was born in Spain, but was heavily influenced by modern artists in France, such as his idol, Picasso. His paintings are abstract, geometric, full of heavy lines and bright colors, and interesting,  I was  more captivated by the sculptures on display. Made originally from found objects but portrayed in the exhibit in bronze, the objects  fused together to create what looked like fantastical creatures, or mini-monsters. Many of the sculptures, in fact, had birds perched atop them, almost like a tiny hat. Joan Mirό often portrayed birds in his paintings or in his sculptures, and so it is probably no surprise I was drawn so strongly to them!

I seek out birds in real life, attempting to capture them in their exact forms in my memory or my camera lens. A tour of the Nasher Museum reminded me of the power of visualizing birds, of which there are thousands of species, as a symbol, a shape. In addition to being beautiful, birds can fly, and put very simply they will always be endlessly fascinating to us humans stuck on the ground. When I talk about birds, I should remember these abstractions and themes associated with all birds, and use them in my urging for the protection of avian species.