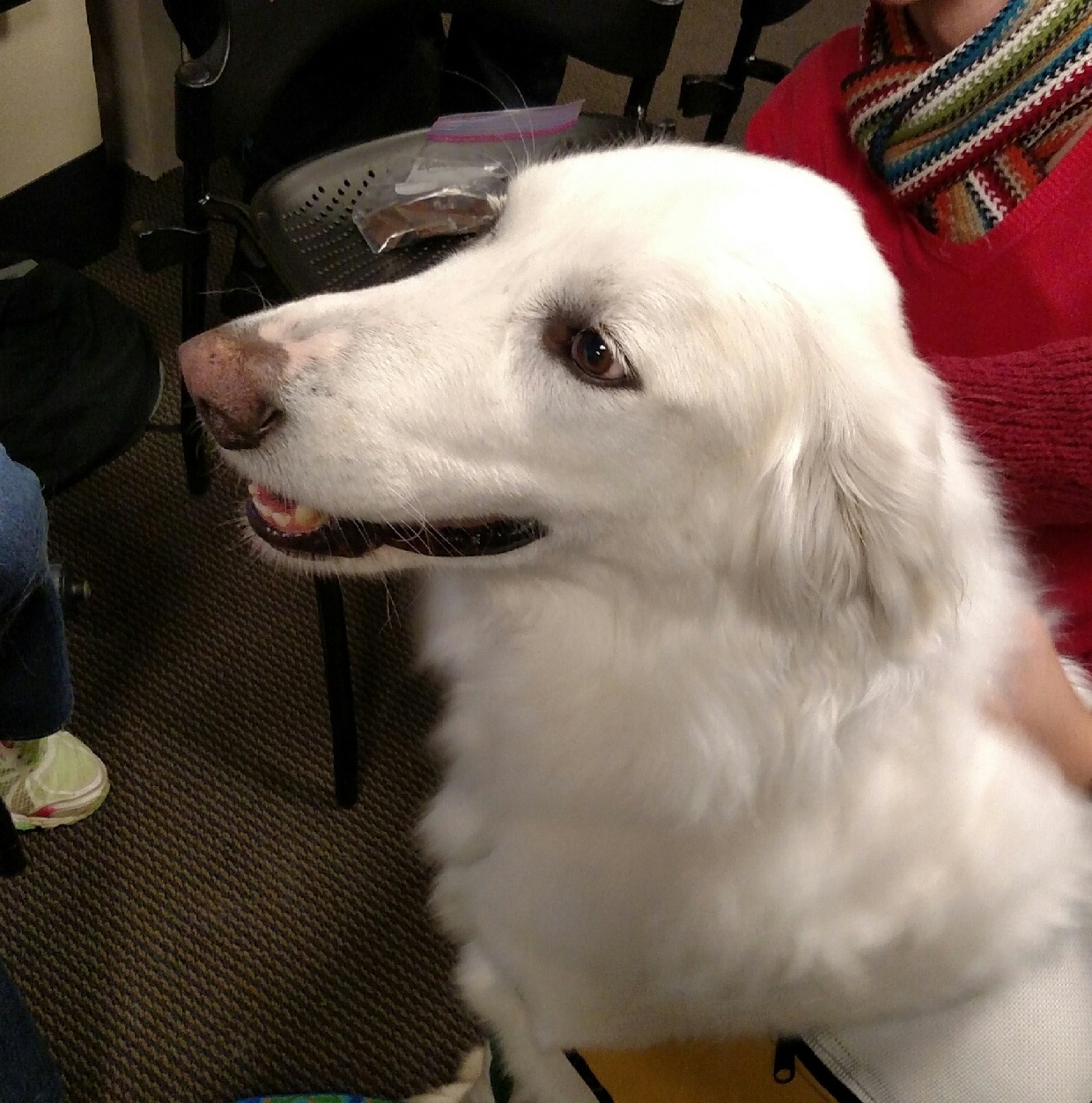 I knew I was going to go the moment I saw the sign: “Puppies in Perkins Library.” December 10th, right in the middle of finals week. While I was not required to take final exams this semester, I had a plethora of projects with looming due dates. An opportunity to take a breather and pet some furry friends seemed like the best idea in the world.

Excited, I arrived at Perkins Library at exactly 1:08 p.m., eight minutes after the flier announced that the event would open. I was dismayed to find a long line had already formed, a long line that wasn’t moving. As two minutes ticked by, I carefully considered my options. Though I had been looking forward to Puppies in Perkins for weeks, did I really have the time to wait in the queue? Could I spend an hour there when I really should have been in the computer lab preparing my statistics report? Anxiety rising (it doesn’t take much to make students anxious during the last few days of the semester), I was about to cut my losses and call it quits when suddenly a classroom door was flung wide open and the line streamed forward, evaporating in moments. There had only been a line in the first place because the dogs were settling in!

The classroom we entered was large and bare save for two or three tables on the left serving snacks and cake. The sign had been a little misleading, as there were no puppies in the room, but instead I found full grown, beautiful dogs. Students had rapidly formed circles around the dogs and their owners, stretching out their hands and cooing at each breed. I found myself kneeling as well, winter jacket, backpack, and all.

The first canine I met was Ruby, a mutt with some Greyhound mixed in. She was so calm, slowly walking around the circle so that we could all feel her warm nose and pet her fur. Her owner explained that she was a rescue, and had gone through extensive training to become a therapy dog. I marveled at how serene she and all the dogs were, despite all the constantly changing voices and faces of the students.

After twenty minutes I had had a chance to pet most of the five dogs and I reluctantly headed back out of the library to continue my work, and yet it was true I already felt more relaxed. There had been such a positive energy in the room. Everyone was laughing and talking about subjects other than final exams or projects, and I think many of the students were reminded of their own family pets. One young woman was so happy to see a dog that she gave him a long hug, and it wasn’t corny or cheesy or silly; it was really nice.

I applaud Duke University Libraries and Duke PAWS for partnering again to give students a fun way to take a break, even if for a short period of time. To all who didn’t have a chance to check out the dogs, I highly recommend it for the next finals season!