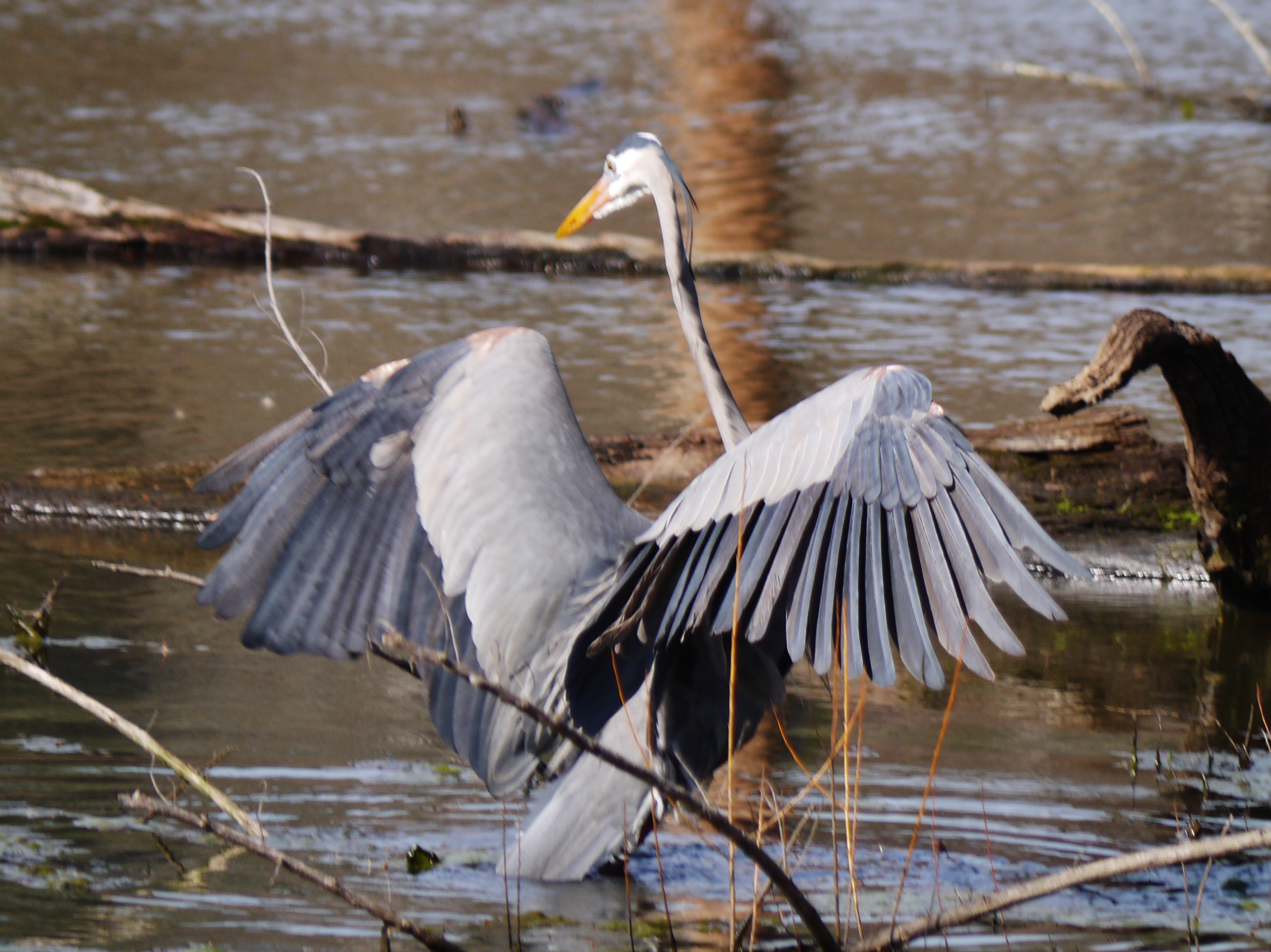 It isn’t often that I have a chance to visit a local park at night. First, darkness creeps me out a little. Second, I’m generally not allowed in parks after sunset. Last Monday however, my Wildlife Surveys class had special permission so we could practice amphibian surveys in Sandy Creek Park.

The sun had already set as we gathered together in front of a small pool. Decked out in wading boots and sporting nets of all shapes and sizes, we must have been quite intimidating to any frogs who may have spotted us. Our instructor played us three different frog calls, and then we spread out through the field and shallow water to compare the sounds of spring peepers, southern leopard frogs, and chorus frogs. Frogs were not the only species we came across; my fellow students caught minnows and salamanders, and I ended up with a tiny crayfish in my mesh net. In a group the blackness did not unnerve me quite as much, and I enjoyed sloshing around with my classmates.

Still, Sandy Creek Park was quite close to campus and despite spending an hour and a half within its borders, the night had prevented me from forming any kind of conception of the park itself. Learning that the park encompassed 102 acres and used to be sewage treatment plant only further intrigued me, and I was determined to visit again in the daylight.

Taking advantage of the following Sunday’s gorgeous weather, I pulled on my rubber L.L. Bean boots once more and re-found Sandy Creek Park.

At first glance, I was unimpressed. The parking area sat adjacent to a small field, bounded by old sewage-looking buildings with graffiti tags. Still, the rest of the park was spectacular. The small lake was shallow, and provided marshy micro-habitat complete with cattails, aquatic plants, and sparrows. I began my walk by retracing the steps my class had taken. Though the frogs were much quieter, they were definitely present. In a damp field I heard the telltale calls of the chorus frog, which sound like someone is running their fingers up and down the edge of a comb. The spring peepers who had caused such a raucous during the evening however, were silent.

From the field I found a path through the woods. The trees were beautiful, tall hardwoods and conifers that fairly reverberated with the hammering and squeaky calls of downy woodpeckers, red-bellied woodpeckers, and yellow-bellied sapsuckers. Turtles had crawled out of the cooler waters of the small lake to sun themselves in small groups on floating logs.  The cries of a pair of red-shouldered hawks particularly rang out across the lake, and I was able to watch them glide and land, glide and land throughout my explorations.

The wooded path reached a thin clearing, dotted with cement structures that I can only assume used to belong to the sewage plant. The trail joined the paved path that bordered the creek, and I lowered myself down to sit along its edge. It was just so nice to be still, face in the sun, watching the leaves and small twigs float past in the gentle current. A pair of chickadees tittered in a small tree across the water, and a flock of yellow-rumped warblers scavenged amidst the leaves that had gathered on the forest floor the previous fall.

At the Nicholas School we work so hard to gain the knowledge and the skills needed to protect the environment we love so much. It’s important, I realized, to make time amidst our work to spend a few relaxing moments enjoying nature and reinforcing why we applied to Duke in the first place!