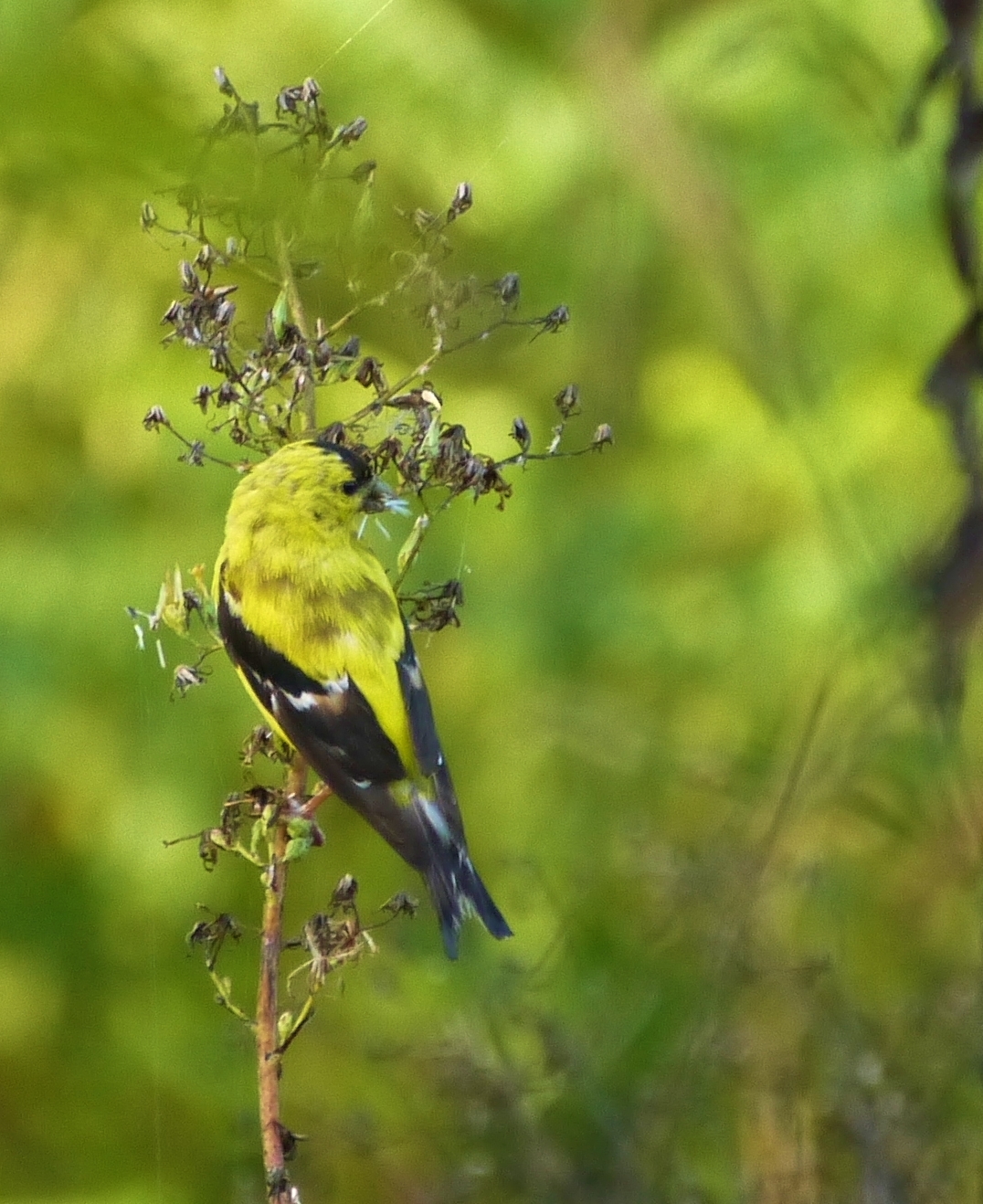 It’s rare that you can meet someone in person who has made such an impact on your life from afar. Picture Christmas, 2012; wrapping paper is on the floor (we recycled it I swear), the fir tree is lit up and covered with ornaments gathered throughout lifetimes, my family in pajamas exchanging the last of the presents. My mom handed me a small, yet heavy rectangular package. Opening it up, I found myself the proud owner of my very own, “The Sibley Field Guide to Birds of Eastern North America.”

Over the next year and a half, I brought my Sibley guide with its happy, American Goldfinch cover everywhere. I took it hiking, kayaking, and even to city parks so I could flip through the pages and identify all the birds in front of me. For the more difficult species, I would quickly snap a photo to compare to Sibley’s meticulously painted bird identification pages. Though my version only covered one half of the United States, the full guide took Sibley more than a decade to complete and includes descriptions, maps, and paintings of over 800 species. That is a lot of birding and observing. Though I had never met him, Sibley’s field guide descriptions abounded in my head as I became a better and better birder.

And then, he came to Durham. A Facebook message from a fellow Nicholas School student popped up on my home page telling the world (or at least, our graduate school) that THE David Sibley would be in Durham promoting the second edition of his birding guide. I could see him, in real life. I had to go, I had to!

I wasn’t the only one. My friends had graciously waited for me to finish a photography class before heading to The Regulator Bookshop, where Sibley was speaking. Though we arrived barely 30 minutes after he was scheduled to begin, the room was completely packed with people of all ages, listening intently as Sibley spoke from the podium. Though he looked a little older than his author page in my book, there he was, instantly recognizable. And a little shy.

Though public speaking does not seem to be Sibley’s favorite pastime, he was eloquent, he was thoughtful, and he was happy to answer all types of questions. He spoke of his intense years in the 1990s, when he birded up to ten hours a day to collect the observations he needed. He spoke of growing up in a birding world, so much so that spending ten years creating a new field guide seemed like a totally rational and smart thing to pursue. Most impressively, he told us of his ability to instinctively identify most birds just based on size, shape, flight pattern. That must be an amazing feeling, to see almost any American bird and just know the species – thinking not required. Eventually Sibley left the podium and sat down to begin signing our books. Though originally I was just going to have him sign my favorite Eastern Birds of North America guide, I was caught up in the excitement and bought a copy both for my grandmother and my mother for future gifts. I felt a little like a dorky super-fan as I laid my three books on the table, but Sibley just smiled and asked who he should make each one out too. Sorry Nic Schoolers, we tried to convince him to teach an ornithology class at Duke someday, but so far it’s a no go.

I left the bookstore with a big smile on my face. Though I don’t have a career as a bird illustrator in my future, I met someone whose love of all things avian not only met mine, but probably surpassed it. I have been re-inspired to take my well-worn and well-loved field guide on a birding trip!