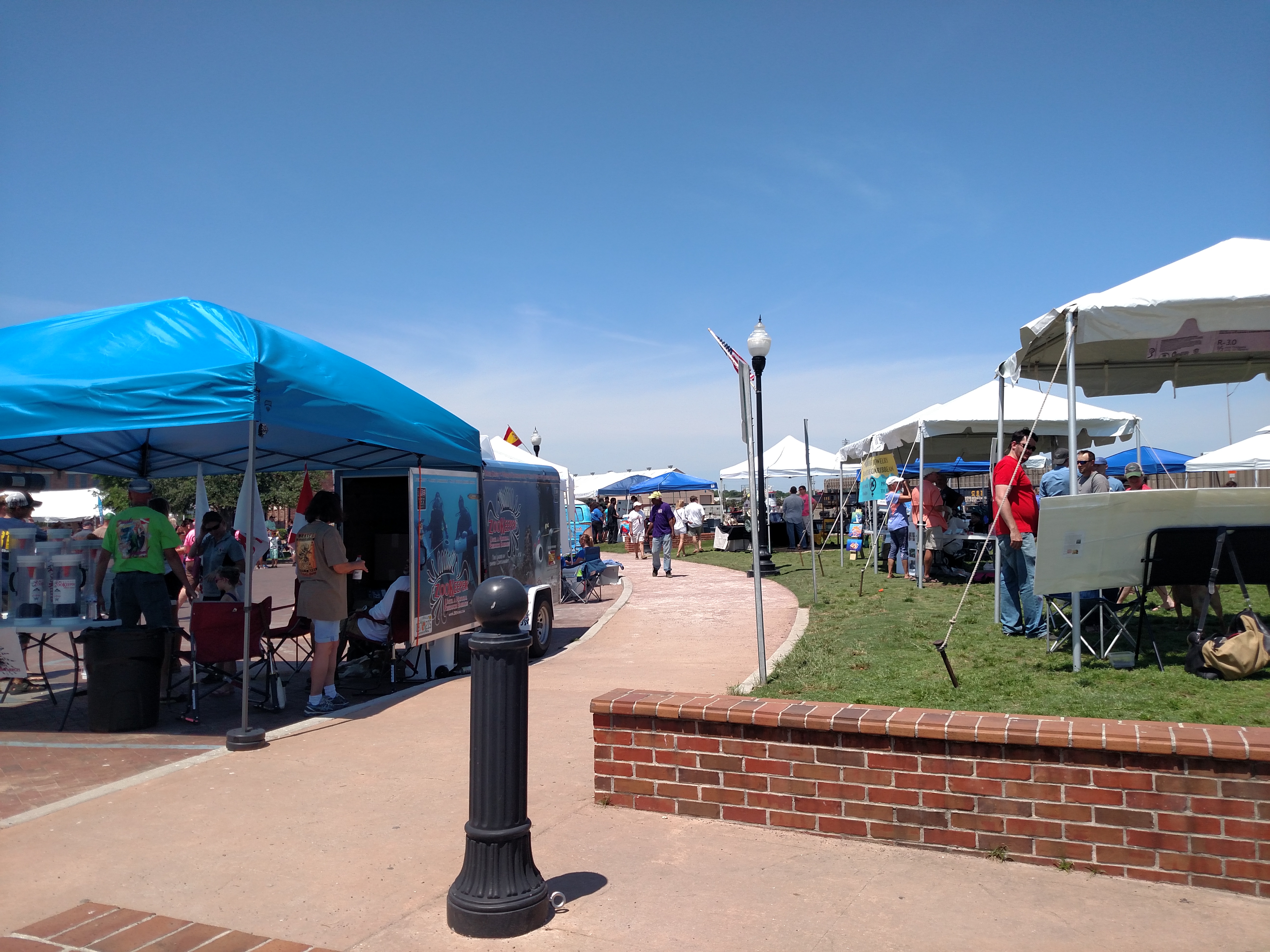 Though they are beautiful creatures, Lionfish have become a major problem in Florida.

They are recognized as an invasive species, covering many artificial and natural reefs throughout state and federal waters. First reported in 1985, they now decimate native fish species by consuming them or competing for prey, while threatening divers and snorkelers with venomous spines. Without any natural predators, they breed prolifically; according to the Florida Fish and Wildlife Conservation Commission, “Lionfish have a unique way of spawning. Females release two gelatinous egg masses of about 12,000 to 15,000 eggs each. These masses float and can drift for about 25 days. Lionfish can spawn every four days in warmer climates.” Over the weekend, concerned agencies, non-profit groups, and private citizens came together in Pensacola, FL for Lionfish Removal and Awareness Day, sharing ideas about controlling this invasive population. I was there running a booth for the Emerald Coast focused on our new artificial reefs and our Gulf to Table program, giving me a first-person look at the festivities.

The overall message throughout the day was one of hope. Lionfish are delicious, and with effort from the coastal populations they could become an important and sought after food. If there is money to be made harvesting Lionfish, you can bet local anglers will get in on it! To promote their delectability, local chefs prepared special dishes throughout the day featuring the non-native fish species. Visitors could try blackened Lionfish, Lionfish croquettes, and so much more (for free!), and I heard more than one patron exclaim over how much she loved the taste and texture.

The day coincided with a Lionfish tournament, and divers dropped off thousands and thousands of the zebra-like fish. Last year nearly 3000 Lionfish were caught as part of the event, and this year divers collected even more. The invasive Lionfish problem is not an easy one to solve, but it was gratifying to see hundreds of people come out for a common cause!