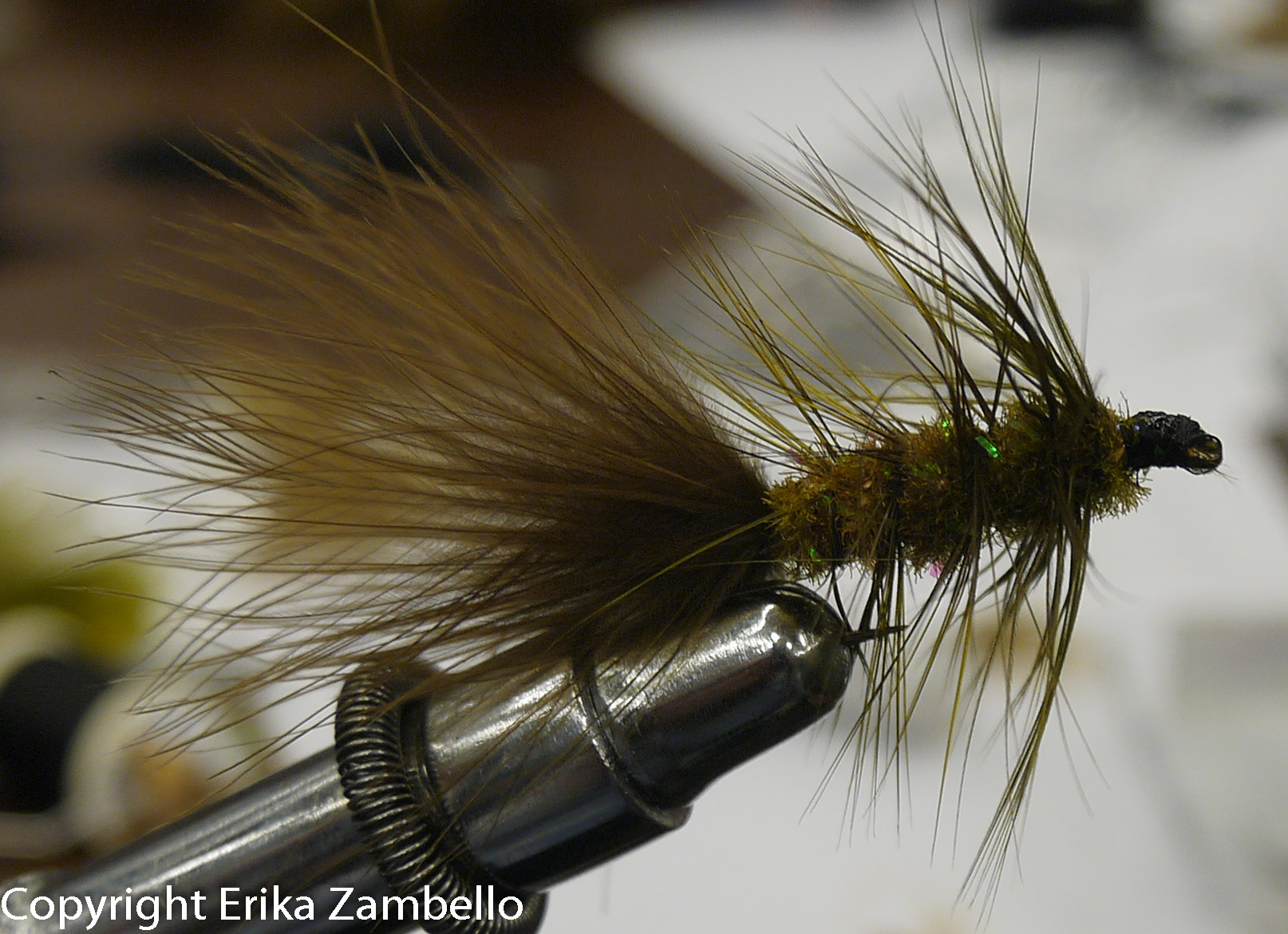 It’s good to try something new, to stretch the brain, think creatively, take a risk. For me, trying something new meant my first fly-tying class at Bass Pro Shop last week.

I have grown up around fly-fishing my whole life. My father was and still is a fly-fishing guide in the summertime, and I remember catching my first fish when I was only five or six. Though I haven’t inherited his intense passion, I still buy a fishing license and take a few casts every year, thrilled when I land even the littlest fish. As we have always practiced catch-and-release fishing, I have grown to respect the determination anglers have not only to land a big catch, but also to protect habitats and population numbers.

Fly-fishing depends, unsurprisingly, on feather and hair flies that are tied with painstaking detail and care to mimic different insects, small fish, and even leeches. The better the mimicry, the more likely the fish will be fooled and snap up the fly, hopefully taking an angler’s hook with it. Though I have fished for years, it was time to delve deeper into a recreational pastime that instills a passion for nature in so many people all over the world.

I tried to learn on my own first. While fly-tying may seem simple, I quickly found it quite difficult. My feathers wouldn’t stay on, my knots were a mess, and my finished product looked nothing like the glossy photos in my hand-me-down fly-tying books. I have always been an auditory and visual learner, so when I discovered fly-tying classes held at a nearby Bass Pro Shop, I knew I had to try them. The best part? The four-part series is FREE!

I arrived last of the dozen or so students, adults and kids alike. Materials were provided, and as soon as I sat down two instructors and the man next to me hovered to make sure I set up my clamp, hook, and thread holder correctly. Come on guys, I’m a girl and I can set up my own station. Still, they were trying to be helpful, and in a few moments I was ready to go.

Our first fly was a Woolly Bugger, meant to mimic a leech at the bottom of a lake or river. I tied on the thread first, then wrapped a lead wire around my hook to weigh it down, allowing the finished fly to quickly sink beneath the water’s surface. A feather tail, another feather, and a length of chenille (which looks like a soft pipe-cleaner) were then attached, with the chenille and one feather wound to the front to create the black body. After adding a few layers of thread to the head, a whip-stitch knot or two, and a dab of clear cement I had – ta-da! – a finished fly, ready to be cast.

It sounds easy, but the first fly took over an hour to finish. Each step had to be explained, demonstrated, and practiced until my technique was just right. Even when I finished quickly, I had to wait for the instructor to explain the next step. Though the first fly seemed to take forever, we were given the opportunity to tie a second Woolly Bugger to make sure we remembered all the steps we had just learned. I had tied a black fly first, so this time I selected the olive-green materials. Amazingly, I quickly raced through the steps that had just taken me so long to learn; less than fifteen minutes passed before a second complete fly lay finished in my palm. If I hadn’t been forced to take it slow and watch the meticulous motions of the instructor, there is no way my finished product would have turned out so perfect and, more importantly, so usable.

In the next three classes, we will focus on different saltwater and freshwater flies, continually learning new techniques that I can use in the future. While it’s true so much can be learned from the internet these days, for me there was no replacement for an in-person learning opportunity. Plus, I have a good feeling that next fishing season I will be more excited than usual to head out onto the water and try my very own flies!

One thought on “Learning Something New: Fly-tying Classes”